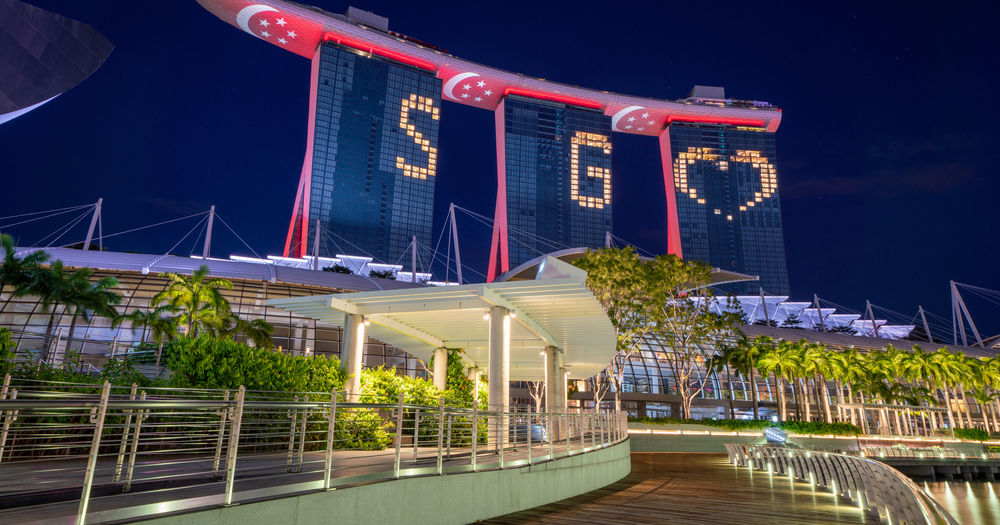 The (Almost) Successful Singaporean Response to the Pandemic

Singapore has been praised for its initial handling of the COVID-19 epidemic and keeping the outbreak under control, but, later in April, the number of people with the disease has jumped to the highest in Southeast Asia, which also brought attention to the city state’s mistreatment of its foreign workers.

The COVID-19 epidemic has been sweeping through the world posing unprecedented challenges to all, but—given its inherent qualities of a small population, economic openness and being an international hub—Singapore was even more vulnerable to such a pandemic. The small city state managed to keep the outbreak under control and has been praised for its initial handling of the epidemic, but later—as a result of a second wave of infections in April—the number of people with the disease has jumped to the highest in Southeast Asia, which also brought attention to the city state’s mistreatment of its foreign workers.

Singapore was among the few countries where the novel coronavirus has first been detected outside of China with the first confirmed case of COVID-19 being reported on 23 January. The Singaporean government acted quickly and contrary to the WHO’s advice: only six days later, the city state placed travel restrictions on visitors arriving from China or having Chinese passports issued in Hebei province, the epicentre of infections at the time, which were later extended to all passengers who visited mainland China in the previous two weeks. In light of the close economic relations between the two countries and the considerably high proportion of Chinese travellers’ contribution to Singaporean tourism and hospitality, these strict measures were to come at a high cost in addition to not being welcomed by Beijing.

Following an uptick in cases connected to international travellers in mid-March, travel restrictions were further tightened—similarly to other countries worldwide—barring all foreign visitors to enter the country and ordering Singaporean returnees—with a strict punishment if breached—to stay in quarantine and share their phones’ locations data with authorities.

Besides travel bans, strictly enforcing quarantine protocols, and social distancing, the Singaporean government also utilised a range of contact-tracing and containment measures, meticulous testing, and treatment for free, and it provided sector-specific advisories and free face masks for all citizens in need. It also helped to contain the situation that Singapore had its controversial “anti-fake news law” in force, by which a person found guilty can be heavily fined or face up to ten years in prison. Some cases have already been filed under the law on the epidemic, but many people were simply practicing self-censorship due to fear. 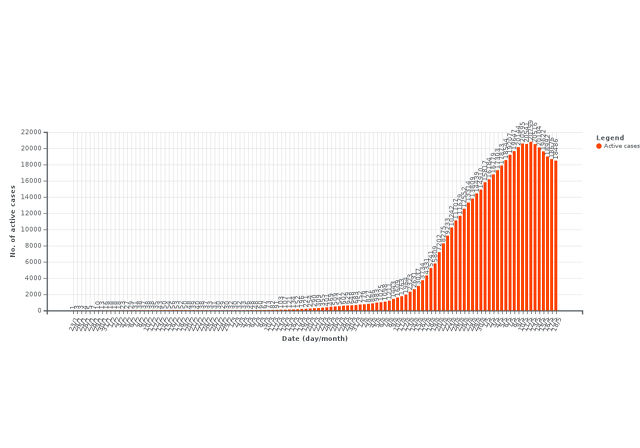 The number of infections, therefore, remained relatively low: the effective measures, an advanced healthcare system, and a cooperative population made Singapore seem to keep the epidemic under control until cases started to double daily in early April with most of the new infections found in crowded dormitories where foreign workers live. In these housing facilities, generally 12-20 people share one room under often unsanitary conditions and with little to no possibility to follow social distancing guidelines. After discovering the first clusters of infections, the government introduced stricter, so-called “circuit breaker” measures in order to break the chain of transmission in the community. In addition, all construction sites and dormitories were locked down, with the latter being patrolled by police twenty-four hours a day, while 10,000 key workers were moved to safer sites to avoid overcrowding. 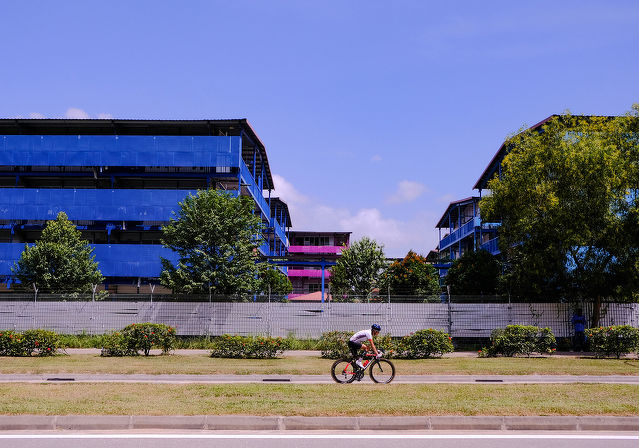 The dormitory for foreign workers in Punnggol, Singapore where the largest cluster of infections was found in April
Source: kandl/Shutterstock

Above 30% of Singapore’s labour force is made up of the 1.4 million foreign workers who work in manual labour and essential services such as healthcare, transport, and waste management, as there are not enough locals to meet the needs of the economy. The group was certainly a huge blind spot in the city state’s crisis management and provides the vast majority of the more than 25,000 confirmed cases of COVID-19 as of mid-May. Since April, infections among foreign workers have continued to rise sharply while cases among local residents have been declining as shown by official data, which distinguishes confirmed cases by nationality, too. Thus, many voices on social media have been blaming the foreign workers for the situation.

In fact, the current situation has highlighted foreign workers’ poor working and living conditions in the city state. Although assistance has been provided to them by the government and numerous NGOs to curb the spread of the virus, questions rightly arise about the Singaporean government’s discriminatory measures to treat their case as a separate outbreak and about neglecting the dormitories as possible hotspots for infection in the first place.

In spite of the initial success of handling the epidemic, the marginalised group of the foreign workers was inadequately overlooked during crisis management and resulted in a huge wave of new cases of the novel coronavirus. Nevertheless, the government seems confident that the situation in foreign workers’ dormitories is stabilising, and it is planning to gradually restart economic activity soon. It has become clear, however, that there is a need to address social and ethnic bias and to improve the living conditions for foreign labourers, and, hopefully, the government will follow up on its promise to do so.