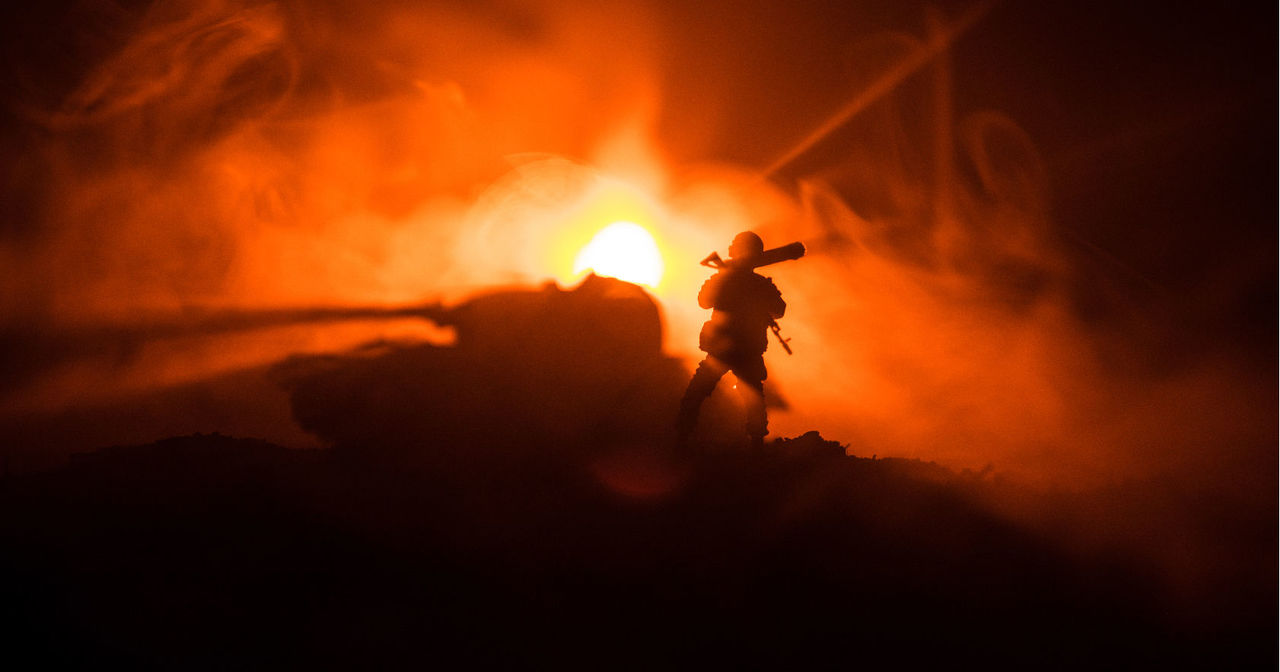 The armed escalation between the United States and Iran in the early days of 2020 was only a brief episode in the military conflicts in the Middle East, but it further isolated Iran, who is slowly retreating from the multilateral nuclear agreement (JCPOA). The United States has been pressured for a year to escalate the tense relationship, and, now, the long-term de-escalation also depends mainly on the extent of the US military engagement in the Middle East. As for Iran, the deteriorating domestic economic situation and social tensions may set the limits of its armament.

On 3 January 2020, the assassination of General Qasem Soleimani, former head of the Iranian Sepah-e Quds (Quds Force), a subordinate of the Islamic Revolutionary Guard Corps (IRGC), led to a brief armed escalation on the margins of a prolonged proxy conflict between Iran and the US’ Middle Eastern partners. Experts who only scratched the surface of the topic immediately rang alarm bells and warned of the escalation of the local conflict into a regional or global war. In fact, the immediate armed conflict between the two parties subsided within a week, and only Iranian allies are expected to continue their armed attacks on US interests—but that is not a novelty at all in the region. As for Iran, we might expect a certain degree of self-restraint, as the armed episode highlighted the country’s lack of military discipline and the slowly but steadily growing social tensions resulting from its difficult economic situation. 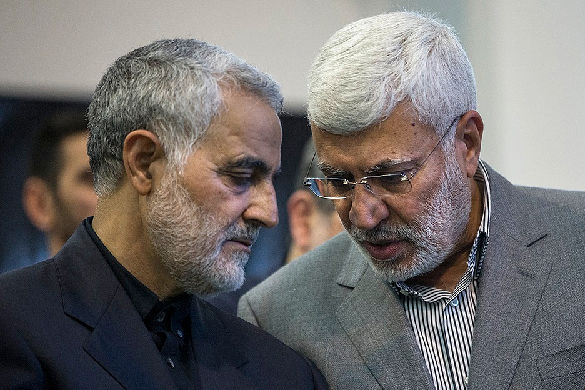 The killing of the Iranian military leader fits into the US’ practice, as it regularly carries out targeted actions against group leaders indicted for terrorism, intending to weaken organisations accused of terrorism and creating internal tensions within them. In 2007, the United States designated the IRGC and the Quds Force as active supporters of terrorism, which, in the first place, means economic sanctioning but also equals a kill command issued by the US government to itself. Soleimani and his organisation have been proven to play an important role in training and supporting Hezbollah (also a terrorist organisation according to the US) in Lebanon and other armed resistance movements in the Middle East. However, a US military strike against an Iranian person or entity was expected regardless of previous designations, as, in the past more than one year, the US has left many armed attacks carried out by non-governmental military groups with the support of Iran against its bases without response.

Soleimani’s assassination must be a sobering shock for the Iranian military leadership, as the Shiite state has so far been able to support its Middle Eastern allies with impunity. Syria and Iraq have been led by Iran-friendly political regimes for almost two decades now, which explains the Iranian military leaders’ overconfidence in the region. Incidentally, Soleimani and his Quds Force played a key role in the international fight against the terrorist organisation Islamic State (IS), so even the US considered him a temporary partner for the common purpose. For years, regional dynamics may have seemed to favour Iran, so not only did its ambition to be a regional power become an achievable goal, but, thanks to the signing of the multilateral nuclear agreement (JCPOA) in 2015, its repatriation to the international political and economic community also became a reality. However, the international community completely dismantled IS’ Levantine networks by 2019, while US President Donald Trump unilaterally withdrew his nation from the nuclear deal.

Iran has got slapped in the face twice by the United States despite its aspirations. On the one hand, it has become clear that, despite Tehran’s proven compliance with the requirements of the JCPOA, the US has violated its commitment to lift unilateral sanctions against the country. On the other hand, Iran’s large share in operations against the Islamic State remained unrewarded. Many insiders have stated that Soleimani himself was convinced that, due to its magnitude, a joint fight against the Islamic State could not only be the basis of tactical cooperation but also lead to a breakthrough in re-establishing political relations between the United States and Iran that were shattered forty years ago. Trump’s unilateral decision on Soleimani’s assassination, however, triggered a downward spiral in the relationship between the international community and Iran.

The recent armed escalation in the Middle East was the combination of several factors. The influence of the Gulf Arab states, especially Saudi Arabia and the United Arab Emirates, on the US’ Middle East policies in recent years can be seen as a political driving force. The two monarchies themselves have been pursuing an extremely assertive foreign policy in the region, its most notable example being the five-year war in Yemen fought between the Houthi Movement and the international coalition led by the two monarchies. The conflict has evolved over the years into a proxy conflict between Saudi Arabia and Iran. In 2019, Iran’s military allies and, according to current assumptions, Iran itself carried out military strikes against Saudi Arabia’s oil infrastructure. Although the Saudi leadership has always promised a major retaliation, the superiority of Iran’s asymmetric warfare has become clear, prompting Saudi Arabia to moderate its militant rhetoric. At the end of 2019, many analysts acknowledged that Saudi Arabia and Iran were on the brink of a direct war conflict in which Iran could cause serious damage to the Arab monarchy’s infrastructure and economy. Recognising the gravity of the situation, Saudi Arabia has recently been seeking to ease its bilateral relations with Iran and its ally, Qatar, through backchannels. After Soleimani’s death, it has been even more urgent for the kingdom to prevent a possible retaliation by Iran directed towards the Gulf Arab monarchies.

Besides the pressure which was exerted by the Arab Gulf states on the United States, the disruption of the military balance of power in Syria and Iraq also urged the US leadership to decide to either reduce or increase its military presence in the region. In October 2019, President Trump chose to relocate US military bases in Syria from the north to the east, making the protection of strategic oil reserves near the Syrian–Iraqi border a new priority. The most important consequence of the decision was that the Syrian government and its allied external powers, including Iran, regained control over a huge land area south of the Turkish border. In other words, the United States has lost its ability to influence the post–civil war political process in Syria. On the other hand, the Syrian Kurdish military and political leadership that was for years allied with the United States have been forced to come to terms with the Syrian government. The US has thus significantly reduced its room for manoeuvre in Syria.

In Iraq, it became obvious after the overthrow of Saddam Hussain’s regime that Iran’s political influence would increase simply because of the Shiite majority in the Iraqi society. In the successive governments, many political figures who had been forced into exile by Hussain and conveniently found refuge in Iran took decision-making positions as expected. For Iran, the goal was to eliminate the possibility that an Iraqi leadership that would be hostile to the Shiite state and threaten its security be elected. On the other hand, the establishment of a land corridor towards Syria and Lebanon, which the Shiite militias in Iraq have successfully established over the past fifteen years, was also vital for Iran to secure its regional partner network. Thanks to the mainland corridor, Iran and its allies could move freely up until the Israeli border, where Iran set up military bases in 2019. The Shiite state thus had the opportunity to launch a direct military attack on Israel, while the monopoly of violence held by the Shiite militias in Iraq also increased.

While, by the end of 2019, the combined weight of the above factors foreshadowed a US military response against Iran, the Americans did not choose the moment right because of the ongoing government crisis in Iraq. It is true that the fall of the Iran-friendly corrupt Iraqi government and the emergence of anti-Iranian sentiment at the country’s public rallies seemed to offer a good context to the US government to express its military assertiveness. However, as a result of the liquidation of Soleimani, both the Iraqi and Iranian societies have become more united than ever before, demanding the elimination of the US military presence in the region. Iran’s symbolic rocket attack on Iraqi military bases on 8 January 2020 ended the short direct armed escalation between the US and Iran. However, several factors suggest that Iran’s allies continue to target America’s interests in the Middle East. At the same time, the EU Member States and Iran are on the path of having the JCPOA null and void within the short term.

Iran might behave predictably in the next period because the rapid armed escalation following Soleimani’s assassination revealed the weaknesses and limitations of the Shiite state. As a result of the attack on Iraqi military bases, Iran mistakenly shot down a civilian aeroplane of the Ukraine International Airlines, evaluating the aircraft’s behaviour as a hostile attack, which evinces the lack of military discipline and precision in the country. Although Iranian student demonstrations that erupted following Iran’s acknowledgement that it shot down the aircraft mistakenly do not pose a particular threat to the stability of the Iranian regime and to Khamenei personally, they indicate that there is an increasing number of social groups who are extremely dissatisfied with the economic situation resulting from the sanctions or Iran’s regional policies. Thus, the regime must continue dealing with the fractional attacks on it, while the capacity of Iranian prisons is limited.

The armed escalation and de-escalation between the US and Iran following the killing of Qasem Soleimani was thus only a brief episode in the Middle Eastern processes. However, it might play a major role in that the international community’s relationship with Iran may suddenly return to pre-2015 conditions. Iran and its allies, more than ever, pose a military threat to US and Western assets in the Middle East. And again, Iran may come close to owning a nuclear weapon. We might be hopeful though that the conflict will be de-escalated, as it is now a priority for the countries of the region, and, in particular, for the Arab Gulf States, to prevent further attacks by Iran. On the other hand, it is also pressing for Iran to slowly alleviate the economic hardship it faces as the result of President Trump’s “maximum pressure” policy. It might be decisive for the future of the Middle East if the US increases tensions by strengthening its regional military presence or takes a brave step to pull back after decades of wars and let the Arab and Iranian states to be masters of their own destiny.