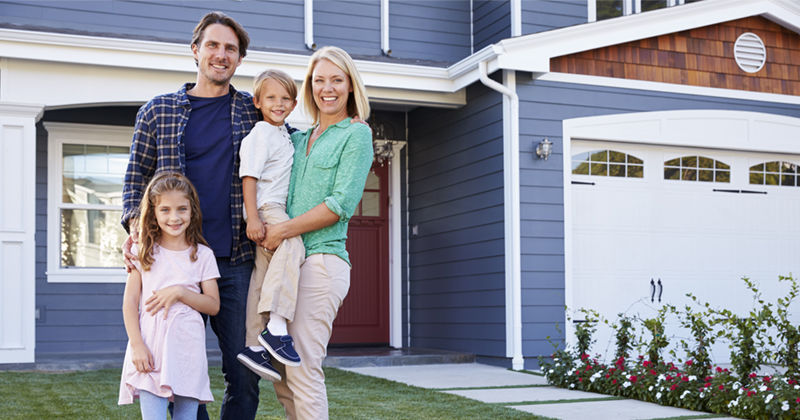 The Battle of Suburbia

We have already written about the states that will likely decide the US presidential election. Now it is time to look at the areas within them that are drawing the most attention this year: the suburbs. These districts have recently trended Democrat, but Republicans are also sensing an opportunity the riots that have erupted in the wake of police violence.

On the last day of the summer, Democratic nominee for president Joe Biden drew a clear line as to where his support for the new wave of Black Lives Matter–aligned (BLM) civil unrest ends: “Rioting is not protesting. Looting is not protesting. Setting fires is not protesting. None of this is protesting—it’s lawlessness—plain and simple. And those who do it should be prosecuted.” Just a few weeks prior, the McCloskeys, a wife-and-husband team who had gained notoriety for waving their firearms at peaceful BLM protesters in front of their home, spoke at the Republican National Convention about a Democratic plan to “abolish the suburbs.” The statement became one of the more iconic moments of the RNC not because of how patently false it is, but because it unmistakably highlights a fact that Biden’s rejection of violent protest only hinted at: both parties are expecting the 2020 presidential election to be decided in the suburbs. And the continued social unrest is bringing bad news for Democrats.

This is despite the fact that the US’s suburban areas are seeing their former conservative voting patterns altered by demographic changes. After Trump’s 4-point victory over Clinton in 2016, such districts helped Democrats retake the House of Representatives in 2018. Recent trends such as international migration have made these counties more diverse and somewhat less affluent than before, and both these developments are generally associated with an increased Democratic tilt. They are also becoming more populous at the expense of other areas, giving them additional electoral weight. And reporting suggests that even some still-entrenched Republican suburbs, such as the ones around Milwaukee, in the battleground state of Wisconsin, are “soft” in their support for the president. Still, one midterm election is hardly a pattern. These areas remain relatively wealthy—and, thus, fertile political soil for Republicans—and the apparent malleability of moderate suburban politics presents an opportunity for a Trump comeback in spite of the above trends.

I am happy to inform all of the people living their Suburban Lifestyle Dream that you will no longer be bothered or financially hurt by having low income housing built in your neighborhood...

In the wake of the new wave of unrest, triggered by a police shooting in Kenosha, Wisconsin, Republicans are hoping that, no matter how much well-educated, well-to-do (and still predominantly white) suburbanites might sympathise with the fundamental aims of Black Lives Matter, their support wanes once the protesting begins to be perceived as a threat to their wealth and lifestyle. Trump has, of course, been hoping to convert this disillusionment to votes by portraying his opponent as an enabler—an architect, even—of the violence behind it. Biden, for his part, has been consistent in his condemnation of violence (on all sides), but the aforementioned speech served as a reset of sorts in the campaign’s approach to the matter. In addition to his brand of moderate politics, he was under pressure by alarming feedback from the electorate regarding the riots: people’s patience and sympathy had seemingly begun to wear thin.

Early in the summer, the protests in the wake of the killing of George Floyd brought about an outpouring of support for BLM. Much of this goodwill carried into the period that began with the shooting of Jacob Blake in Kenosha in late August, stabilising around 49% among registered voters, but was accompanied by a gradual and relatively major increase in the percentage of those who opposed the movement (currently at around 38%). Breaking down the numbers reveals that the greatest drop in support occurred among white adults (from 60% in June to 45%). This downward trend tracks across different polls and related questions, with a drop in the share of those who say that racism is a big problem in US society, that the protests are justified, and that Trump’s response to the situation has been harmful.

Historical precedent tells us that this should not be surprising. Past riots, such as those that occurred in the wake of the killing of Dr Martin Luther King Jr and the Rodney King incident, also elicited negative reactions from society at large at the time. Even when there is evidence that they helped inspire positive developments within the causes at their core, the record is ultimately mixed, as they also gave a boost to “tough-on-crime” policies and politicians. In a revealing experiment, it was shown that, had there not been violent protesting following the killing of MLK, Democrat Hubert Humphrey would have been heavily favoured to defeat Richard Nixon—the original “law-and-order” candidate—in the 1968 election. With this in mind, it is not at all difficult to imagine a scenario where the current BLM protests achieve certain small-scale and short-term results, but scare off enough voters—most likely wealthy suburban whites—to swing the election to Trump.

This will be possible even if the suburban demographic trends that helped give Democrats their 2018 midterm wins continue. In a previous post, I talked about the incredibly narrow margin by which Trump carried Pennsylvania and its twenty Electoral College votes: a mere 68,000 votes. This was in no small part thanks to his ability to take away votes from Clinton even in Democratic suburbs. Since the vast majority of states award their electors to the candidate with the most votes, Trump does not even have to win suburban districts—he just needs to cut into his opponent’s margin enough to build on his advantage in more rural areas and bring about a repeat of 2016. Judging by the polling results cited above, as well as by recent efforts on behalf of the Biden campaign to gain control of the narrative around the protests, the continuation and escalation of violence is risking the (temporary) reversal of Democrats’ suburban fortunes. If Biden did, in fact, have control over the violence, he would probably be best advised to stop them. That he does not might, ironically, cost him the election.