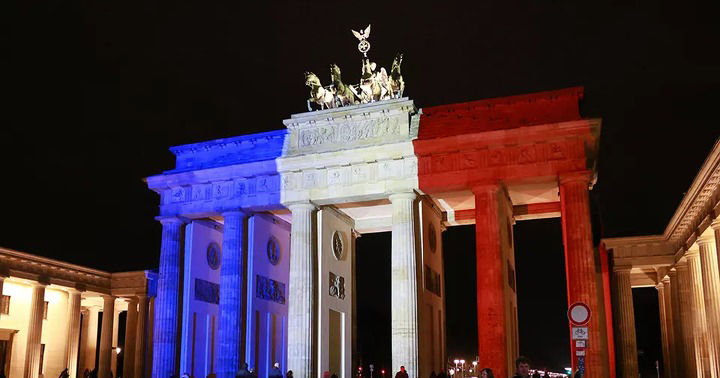 In the challenging post-Brexit period, two determined politicians—German Chancellor Angela Merkel and French Prime Minister Emmanuel Macron—are trying to make the most of the situation in the European Union. They both see an opportunity to strengthen their own political influence in the new Union without the United Kingdom.

Although Merkel does not consider Brexit dramatic, it is not clear how long she is still in a position to have a significant say in the leadership of a new Europe, reduced to twenty-seven partner countries. In December 2018, the German chancellor announced that she will resign from the CDU and would not run for federal chancellery again after her current term expires in 2021. However, in the meantime, she was given another opportunity to leave a mark on Europe’s future. Although coincidentally, but, after thirteen years, Germany will hold the Presidency of the Council of the European Union in the rotating system during the second part of the year, and we can rest assured that this will, in any case, create an advantageous situation for Merkel.

Yet Germany’s vision of leading Europe is challenged by French ideas in the office of the French president at the Elysée Palace in Paris, nine hundred kilometres from Berlin.

The German Chancellor’s relationship with the French Head of State is not free of tensions, as it was already clear when Merkel negatively reacted to Macron’s criticism of NATO. A year ago, Macron also insulted Merkel, when he turned down his participation in the Munich Security Conference to demonstrate that he supported Brussels’s position against Germany in the German–Russian Nord Stream 2 debate over undersea gas pipelines. The German government also expressed their disappointment at the French veto against the opening of EU enlargement negotiations with northern Macedonia and Albania. According to Merkel, her colleague is obstructing the development of the European Union and, thus, undermines its predictability and reliability.

The two politicians also have different views on the EU’s financial framework: while, during his tenure, Macron simplified the French employment law, eased its bureaucratic restrictions, and tightened unemployment benefits, the German leadership only did minimal changes in connection to the Eurozone. Although they completely agree on EU defence policy, the two countries do not have a clear, mutually agreed solution regarding its implementation.

Therefore, there are two influential European leaders, absolutely convinced of their own right and with fundamentally different ideas of the integration and the future of the EU. However, they are both aware that there is no alternative to find cooperation within the European Union. Emmanuel Macron claims that Brexit is “naturally an unwanted phenomenon,” but he is not bitter about it, and, in his view, “Charles de Gaulle was right about the United Kingdom’s accession, it was wrong, they do more harm than good.” Not surprisingly, during talks in Brussels, Germans accused him of behaving just like Charles de Gaulle, who vetoed twice Britain’s accession to the European Economic Community in the 1960s. French President De Gaulle was convinced that London’s accession would naturally strengthen the influence of the British—and, thus, that of the Americans—on the EEC. Due to his adverse decision, Great Britain could not become part of a united Europe until nearly a decade later. It is also worth noting that the accession of the former Federal Republic of Germany was not supported by the founding states out of solidarity, but because there was a strong fear among them after the War that the Germans might become too strong again. Therefore, through a rather economic than political alliance membership, the funding states initially wanted to maintain control over the West German arms production and the country’s economic growth.

On 22 January 1963, the Elysée Treaty between France and the Federal Republic of Germany was concluded: Charles de Gaulle and Konrad Adenauer wanted to end the centuries-old rivalry between the German and French states. The treaty included regular meetings between the leaders of the two countries and identified the field of foreign affairs, defence, and education as issues of common concern while also defined the conditions of youth exchanges between the two nations. As a continuation of the former dialogue that has been interrupted in the past, Emmanuel Macron and Angela Merkel signed a new cooperation and integration agreement between the two states on 22 January 2019. The Aachen Treaty is essentially a reinforcement of the Elysée Treaty and aims to prepare the way for effective cooperation between the two countries in the face of the challenges of the 21ˢᵗ century. Deepening integration within the Union is the main driver of France’s European policy. They would aim to incorporate investment, taxes, and state debt into the community system. Nobody says it out loud, but, from the French point of view, it would mean that Germany’s economic power would be used to make the continent relevant. François Mitterrand also wanted to achieve this when he made his contribution to German reunification conditional on Helmut Kohl’s willingness to replace the German mark with the euro. In 1991, Mitterrand also urged the establishment of an intergovernmental consultation format consisting of Germany, France, and Poland, or the so-called Weimar Triangle. By creating the tripartite construction, Mitterrand, a war veteran himself, aimed to remind the newly united Germany of its geostrategic position. Macron would like to reactivate the same Weimar format following Brexit: he promised to consult with the heads of governments of the Visegrad countries (Poland, Hungary, Czech Republic, Slovakia) in the future before EU summits—although he cannot rely on the political support of Poland and Hungary for incorporating finance and migration policy into the community system. Obviously, the French Head of State wanted to look for new partners especially among new members states east of Germany—from among political forces that were clearly neglected by French politics in recent years, partly because of Brexit. In any case, the French President would like to take advantage of the unique opportunity offered by Britain’s leaving the EU. Depending on Berlin’s response, the timing may be fortunate—however, the time urges Macron, if he wants to use foreign policy successes to compensate for his unsolved policy issues at home before the 2022 presidential election.

All things considered, it is still an open question whether the British retreat really offers a chance to bring together the Germans and the French. Given the current political situation in both countries, an ongoing partnership could be advantageous for both of them in the short and medium term. However, in the long run, Brexit will most probably exacerbate tensions between Berlin and Paris, as both countries want a leading position in the post-Brexit EU policy.