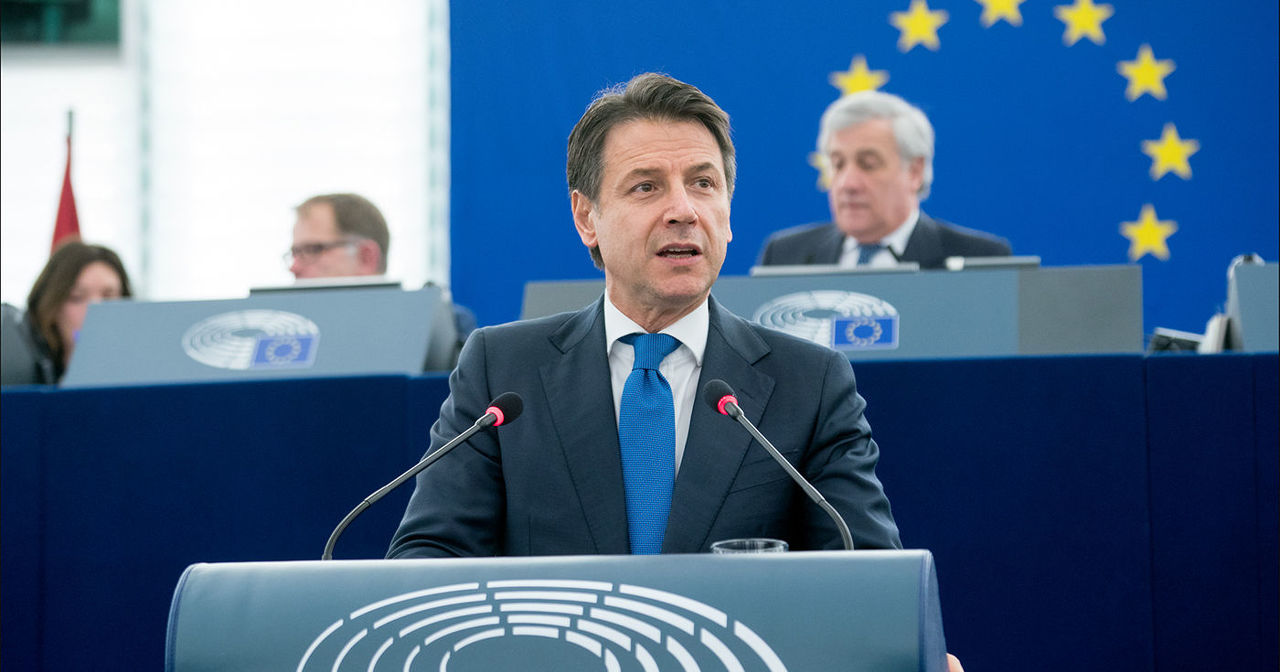 How Do Italians Evaluate it? Part II

A research conducted by a research group from the University of Siena aimed to examine how Italians evaluate the government’s decisions on and approach to certain foreign policy issues over the past year, the activities and role of given countries and political actors in international relations, and some political events in and outside Europe. More than a thousand people were involved in the research. The results pointed out the satisfaction or the disappointment of the voters with various topics such as decisions related to the European Union or the issue of migration. This article is closely connected to our previous post that also presented the results of the research; however, the focus is now put on issues such as the position of Italian citizens on US President Donald Trump’s policies, the dynamics of bilateral relations between Italy and France, or the perception of Russian President Vladimir Putin and Russia itself.

Our previous article focused on the relationship between the European Union and Italy, the general perception of the EU and the EU acquis, and the issue of migration which have undoubtedly been among the top priorities of the Italian domestic and foreign policy in recent times. As a follow-up to the previous article, in this second part, we will present the views of Italian citizens on other issues that are also important elements of the country’s foreign policy and have an influence on Italy’s international perception.

First of all, it is worth mentioning the position of Italians on US President Donald Trump’s policies, as it clearly reveals that the Trump administration is basically not considered popular among those who have been involved in the poll. Increasing protectionism in the United States under the Trump administration was refused by two out of three Italians (63%) who believe it could carry a risk of an uncontrolled trade war; only less than a third believe that protectionism is the only way to deal with unfair trade practices efficiently.

At this point, it is certainly worth highlighting the differences between the views of those who voted for the governing political parties and those who support the opposition. The logic of protectionism was rejected by 88% of opposition centre-left and 52% of opposition centre-right voters. In the case of the governing parties, however, we can observe that, while 59% of the Five Star Movement’s (Movimento Cinque Stelle, M5S) supporters consider this policy wrong and risky, only 42% of the League’s (Lega) voters disagree with it.

Opinion polls also examined how Italians evaluate the United States’ absence from international agreements and its global international commitment. Most opposed the US withdrawal from the Paris Agreement on Climate Change (69%), followed by those who disagreed with its absence from the Global Compact Migration (55%) and those who believed that the absence from the nuclear deal with Iran (Joint Comprehensive Plan of Action, JCPOA) was wrong (47%). The decision to withdraw US troops from Syria was supported by 45% of the respondents, while 22% disagreed and 33% neither agreed nor disagreed with it. 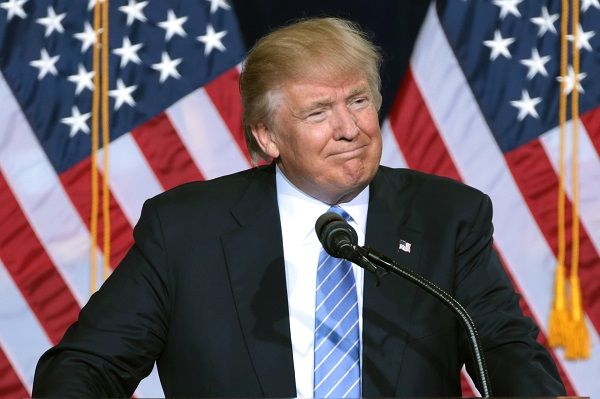 Focusing on the relations with Russia, the research included topics such as presumed interference by Russia in the internal affairs and political events of third countries, the annexation of Crimea, and opinions on sanctions against the country. Regarding the first question, 47% thought that the assumption was valid, while 47% thought it was exaggerated and difficult to prove, and, finally, 6% thought it was completely unfounded and part of the propaganda generated by countries considered to be the “enemies” of Russia. However, it is worth pointing out again the differences between the opinion of the ruling parties and the opposition voters. 71% of left-wing opposition voters believe that the allegations against Russia are well-founded, while 27% think they are exaggerated, and only 2% believe they are unfounded. The proportions among the supporters of the centre-right opposition are as follows: 45% (justified), 49% (exaggerated), 5% (unfounded). Among the voters of the ruling political parties, there is a lower proportion of those who consider the above assumption well-founded: 39% of the Five Star Movement supporters agree with it, while, among the League supporters, this ratio is only 32%. 53% of the M5S voters and 57% of the League voters think the assumption is exaggerated, while 7% (M5S voters) and 10% (League voters) say it is unfounded.

With regards to Russia’s annexation of Crimea, it can be observed that the answers are quite uncertain about the legitimacy of the decision: the vast majority of respondents have no well-defined opinion on the legitimacy of the decision (52%), while 14% consider it legitimate, and 34% disagree with it. As for the sanctions against Russia that followed the annexation and the support for the separatist forces by Moscow, 16% of the respondents believe that they should be repealed, 37% said they should be alleviated, 42% would not change the intensity of the current sanctions, and 5% would intensify them. Again, it is important to point out that there is a significant difference between the answers by the ruling party’s and the opposition’s base voters: 42% of both the Five Star Movement and League voters would support easing sanctions on Russia, while the same opinion is lower among those who support the centre-left and centre-right opposition: 34% and 32%, respectively.

Regarding the political tension between Italy and France at the beginning of the year (which was generated by, among others, the issue of migration, as well as the past and current role of France in Africa), 43% of the respondents said that the tension was the responsibility of both parties, while, according to 41%, it was mainly attributable to France, and 16% believed that it was Italy’s fault, as it tried to use France as a scapegoat. Although the debates resulted in a cold attitude of the Italian citizens towards France, there are still many who acknowledge the importance of bilateral relations between the two countries. The previous Italian government, led by Paolo Gentiloni, initiated an agreement with the aim to deepen the cooperation between the two countries. The current government does not seem to be interested in the implementation of the latter plan; therefore, the survey also asked the Italians to answer how they would evaluate the conclusion of such a bilateral agreement. According to 58%, such an agreement could improve relations between the two countries, while 42% believe it would not make any progress.

Last but not least, the research presented the opinion of Italians about five important politicians and global leaders. The participants were asked to rate the personality and activity of German Chancellor Angela Merkel, US President Donald Trump, Russian President Vladimir Putin, French President Emmanuel Macron, and British Prime Minister Theresa May on a scale of zero to ten. The results highlighted that none of these politicians is particularly popular among Italians. The most popular politician was Theresa May (4.8 points), followed by Angela Merkel (4.6 points), and Vladimir Putin (4.4 points). Emmanuel Macron and Donald Trump were the least popular politicians with only 3.4 points and 3.3 points, respectively. It is worth noting that Vladimir Putin and Donald Trump were the most popular among the League voters: Putin received 5.8 points, while the US president scored 5 points on the popularity scale. At the same time, the latter two politicians proved to be the least popular among centre-left opposition voters, with 1.4 (Trump) and 2.9 points (Putin). 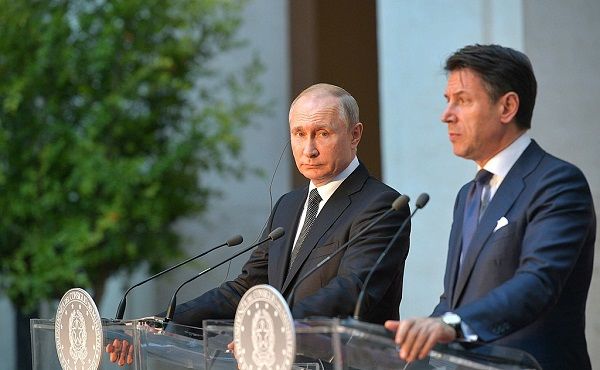 According to the polls, Russian President Vladimir Putin is the most popular among the League voters
Source: Wikimedia Commons, author: Kremlin.ru, licence: CC BY 4.0

This piece has various references to differences in opinion between the supporters of the two governing parties and the opposition. These differences deserve special attention, as they highlight the fact that regarding certain foreign policy issues or political events, as well as some guidelines followed by the government, views of the Italian citizens with different political orientation can significantly vary.