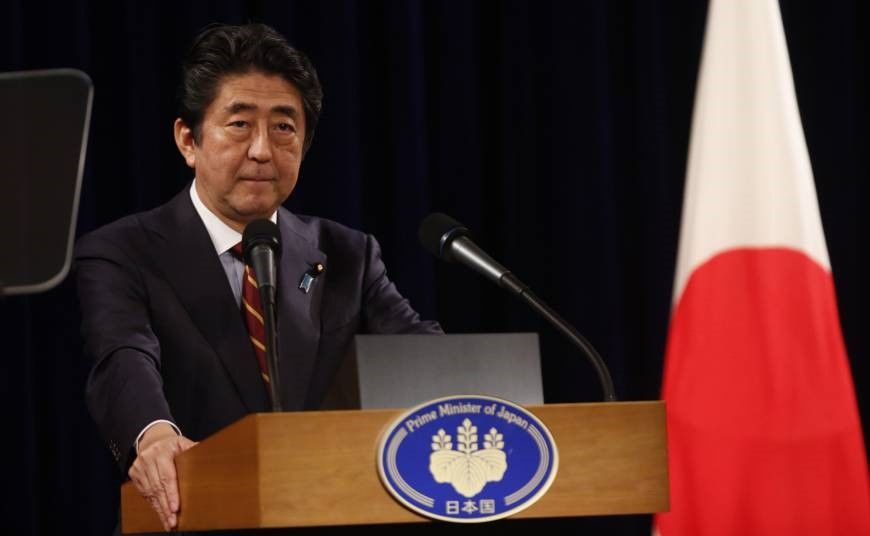 The Diplomacy of Shinzo Abe

As Shinzo Abe is nearing the final chapter of his term as a Prime Minister, the defining characteristics of his foreign policy legacy are starting to take shape. He is the first Japanese Prime Minister in a long time to have been able to stay in power long enough to form and practice any substantial foreign policy, which is why his performance warrants a closer look.

In the past 30 years, Japanese politics were defined by short-term premierships and an endless struggle with a declining economy. Almost all prime ministers ran their campaigns with the promise of saving the economy, but after the end of the Cold War, very few of them lasted for more than one year in office. Among the countless PMs after the Cold War, there was only one who could be called remarkable and was able to display true leadership: Jun’ichiro Koizumi. Koizumi, being the maverick he is, was the only one who could dominate the Diet and successfully reverse the economic recession, if only for a short time. Interestingly, one of the reasons he could not stay in office was his reckless and hostile attitude towards the closest neighbours (China and the Koreas), which was highly unacceptable for a society with a culture of deeply ingrained pacifism. Among others, this attitude was made apparent through—and this should come as no surprise—regular visits to the Yasukuni shrine, which is “home” to the souls of several A-Class war criminals.

Looking at Abe’s political activity, we can clearly see the signs of level-headedness and having learned from mistakes, which helped keep him in power so far. For starters, he won the elections in a unique manner: Instead of promising economic salvation, he took on the case of Japanese citizens abducted by North Korea. It is widely-known, however, that since his victory, he has been focusing closely on his economy-saving program, the much-criticized Abenomics. While he was concentrating on the first two “arrows” of the Abenomics, he did not interfere with the established Japanese foreign policy, although he was careless enough to provoke the wrath of China and the Koreas twice by visiting the infamous Yasukuni shrine. Although Abe’s core ideology is commonly understood to be revisionism, he managed to put aside this controversial tradition and exercise caution so as not to hinder the already complicated relations with the country’s neighbors this way. 2015 was a year of change: After successfully consolidating his position and riding on the top of the popularity polls, he was finally able to make a statement by creating new security laws to counter the fear of Chinese aggression. This act, triggered by China’s hostility in the South China Sea (starting with the Senkaku Islands dispute) opened the door to openly disapproving rhetoric from Abe. In fairness, China’s boldness was more or less unheard of in earlier decades, therefore it is necessary for Abe to stand up to China, even if just by building up the country’s defense capabilities somewhat.

Meanwhile, relations with South Korea have become quite the rollercoaster. The more than half-a-century-old comfort women issue started to escalate in the 2000, when demonstrations and civil activity became common. The installment of a golden statue representing the victims in front of the Japanese embassy triggered the Japanese government to steer diplomatic relations towards an all-time low state. The comfort women issue was, and still is, a significant obstacle in Japanese-Korean relations, which is why PM Abe identified its settlement as the highest priority. In 2015, it seemed as if he had succeeded. He managed to reach an agreement with Korean President Park Geun-Hye declaring the issue forever settled, and ordered the removal of the statue in exchange for 1 billion yen from the Japanese government. In addition, the comfort women victims finally got an official apology from PM Abe, which was one of their biggest demand. For a couple of months it seemed like the plan was working, and Abe achieved his (and the country’s) most prominent diplomatic achievement, but in December 2016, it all went wrong when the defense minister visited Yasukuni shrine, prompting South Koreans to erect another comfort women statue in Busan. Summing up, Japan has fulfilled its part of the deal, but on contrary to its promise, Seoul—once again—views the dispute unresolved. At this point, it seems like this issue is just something the South Koreans do not want to settle, no matter the nature and amount of effort on Japan’s part.

Abe’s victory therefore was quite short. But South Korea is not the only country with whom Japan has an unreasonably long dispute to solve. 2016 was a year to initiate negotiations with Russia—a country Japan has yet to conclude peace negotiations with regarding World War II. 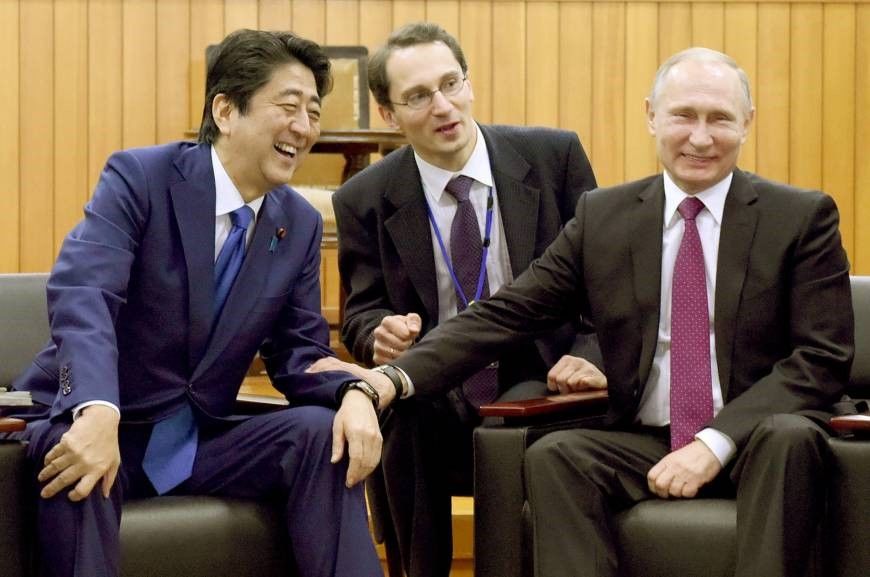 In 1945, when Japan was already guaranteed to lose the war, the Soviet Union annexed the northern Kuril Islands as spoils of war. Japan has stressed its claim to the islands ever since and made several attempts to recover them from Russia. And why are these islands desirable for Russia anyway? The answer, of course, is that the islands contain a large number of oil fields, which makes them geopolitically important. Last year, Abe set out to take back the islands, but President Putin came to be a much more formidable opponent than he expected. Despite the preparations and what appeared to be a position of strength for the Japanese, not only did Putin return home without giving away a single island, he also managed to acquire a promise of stronger economic cooperation with high amounts of Japanese investments. The position of Abe therefore seems to be worse than ever.

So what can we conclude from all this? Shinzo Abe has definitely put much more effort into improving Japan’s position in the international arena than his predecessors. In the case of China and Russia, it is easy to imagine that any other politician would also have failed, considering the two country’s much stronger position and influence in the region. In South Korea’s case, the 2015 deal is undoubtedly remarkable, but a wound so deep in a society’s heart is not so easily curable. Of course, in retrospect, it seems like Abe only brought about a series of failures, but compared to the foreign policy inactivity in the past 20-or-so years in Japan, Abe had laid down the foundation for a more active participation in the international arena. And more is surely to come until Abe finishes his term as a Prime Minister.