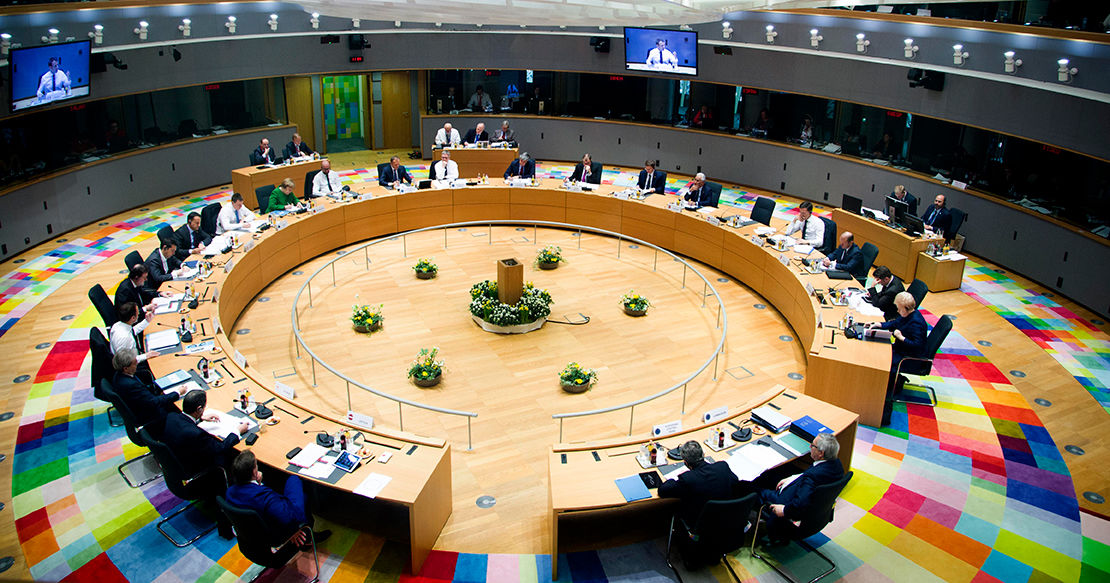 The Euro-Atlantic Integration of the Western Balkans

The EU Membership for the Western Balkans appears to be at the very centre of EU leaders’ power games. Vetoing the opening of accession talks with North Macedonia and Albania formally led to the publishing of a French non-paper. The new seven-step accession model is probably an aspect of the process that gained the most attention recently. The seven steps, that have to be reformed for the membership, include working on the current state of rule of law and fundamental rights, education and research, employment and social affairs, financial affairs, single market, agriculture and fishing, foreign affairs, and many other issues. All that lets us assume that domestic realities in the Western Balkans have to be improved in another way than expected before and the right time for accession has not yet arrived. But may the term “right time” be a mere illusion?

Integrating countries into joint governance structures through creating and sharing norms and institutions has always been at the core of the European and the transatlantic strategic cooperation. While speaking about an everlasting challenge, one should also keep in mind that integration still serves as a key instrument of ensuring peace and security on the international battleground.

Reaching NATO membership and getting into the European project have been of major importance for the—according to EU terminology—“new” EU member states, just as it was for the Visegrad Group. One could assume that these ambitions go hand in hand and are also true for the present situation in the Western Balkans countries. While there is a clear intention to join the European Union by all states in the region, the NATO membership appears as a rather dividing force among the countries. One thing is certain: the core areas for ensuring a secure and stable future through the support of both the EU and the NATO—specified in the EU and NATO framework for the Western Balkans—have been mutually declared since 2003. They relate to various conditions such as corruption, terrorism, organised crime, an environment hostile to civil society, the lack of a functioning and independent judiciary, pluralism, and a democratic governance structure. They also encouraged a change in these conditions through establishing the rule of law and promoting democracy. However, as there is no joint agreement among EU member states on the intensity and the frequency of tackling old or building up new political realities, integration remains a long-term process. 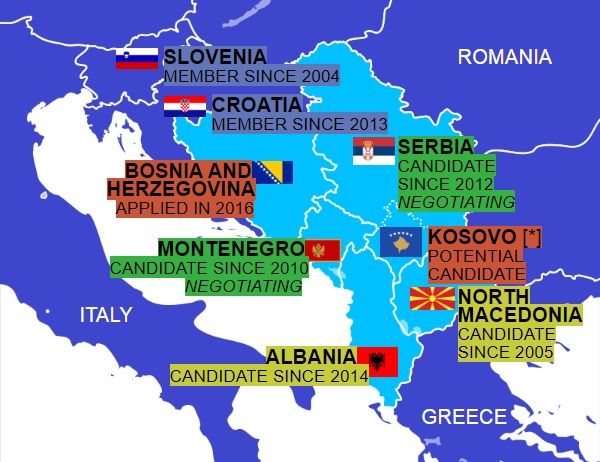 “Reverting to the issue”

A European perspective for the Western Balkans countries was first declared in 2003 by key EU institutions and the Heads of EU member states at the EU–Western Balkans Summit in Thessaloniki. Stressing the importance of completing the integration of the European continent into one union, the Strategy for the Western Balkans was released in 2018 by the European Commission. This document was later followed by a reaffirmation that enlargement in the whole region enjoys support during the Sofia Summit. Considering the Commission’s role as the executive body of the EU, one could assume that finishing accession negotiations and opening talks with candidate countries are a process managed at a supranational level by central EU institutions. Instead, however, the right to decide on it belongs to every single head of state or government within the union.

The European Council’s latest conclusion on the issue of opening accession talks with Albania and North Macedonia clearly shows that EU leaders could not agree on an unequivocal statement on the enlargement process. As French President Emanuel Macron stated, there is no need for opening accession talks with Albania and North Macedonia within the present structure of enlargement. Reforming the process would be much more important in his point of view. With regard to the joint EU Enlargement Strategy for transforming the region, the French President would put this key challenge on a new basis instead of continuing the process of opening accession talks.

As it is written in the official declaration, there is a need to “revert to the issue of enlargement before the EU–Western Balkans summit in Zagreb in May 2020.” Unlike Macron, EU leaders, including German Chancellor Angela Merkel and President of the European Commission Jean-Claude Junker, expressed their disappointment over the lack of a unanimous decision. But what might that mean in the long term? Should Albania and North Macedonia keep “be[ing] impatient” as Federica Mogherini, former High Representative for Foreign Affairs and Security Policy, advised? Or should they rather forge their own path towards democracy? Were there no progress in opening accession negotiations because of the consistent postponement and absence of unanimity, candidate countries could also be ready to neglect to meet the desired political goals and strive more towards their own—and, from a Western European liberal perspective, authoritarian—governance structures because they did not feel they are obliged to do more. Just as the Albanian Prime Minister stated, his government has already done its homework, but the EU has “internal issues.”

It can also happen that there will be a more active and stable political engagement by both the potential and actual candidate countries, following the example of North Macedonia, where the PM resigned, an interim government was formed, and snap elections were called to strengthen the European option in the wake of the EU’s decision. With a closer look at the present situation, it is clear that both Albania and North Macedonia see its future in the EU and will stay in the waiting room to open negotiations. Their opinion on the EU accession and their role and obligations therein appear to become more dependent on their political assertiveness towards the EU and less on the actual state of various political norms and conditions.

The resigning PM of North Macedonia, Zoran Zaev, is still positive about the European Union and the help from his country’s EU partners
Source: Twitter

However, one thing is sure: the process is broken. Different convictions, expectations, and foci interact within and divide both sides, not only in the case of North Macedonia and Albania, but also when it comes to fighting terrorism in Bosnia and Herzegovina.

Moreover, it is clear that the enlargement perspective for the Western Balkans does not appear as a binding force within EU member states. Instead, it is becoming an increasingly dividing issue that seems to challenge both the supranational and the intergovernmental character of the European Union as a whole. Now, the question is whether domestic political realities could have a positive and propulsive effect on managing the political disturbances of the European Union on the issue in order to fulfil the expectations by the von der Leyen Commission’s enlargement portfolio, that stresses its support for opening enlargement negotiations with both the Republic of North Macedonia and the Republic of Albania.

At the same time, it is also important to remember that, currently, other Western Balkans countries such as Serbia, Montenegro, Kosovo, and Bosnia and Herzegovina are also striving for EU membership. Despite having a candidate or potential candidate status, these countries still have controversies and confrontations within and among them that block the accession process. As an example, there is the issue of the Kosovo–Serbia deal, which involves the nonrecognition of Kosovo’s independence by Serbia and an increase in the products exported from Serbia and Bosnia because of the duties imposed by Kosovo, or the fight against terrorism in Bosnia, which, again, affects the interstate relations of the region’s countries and serves as a pretext for quarrel within the EU, too.

All that shows that the whole process should be rather regarded as a game shaped more by politically influenced reactions and national interests and less by a joint mission. That is what we can call political realities with no right time, with no illusions.