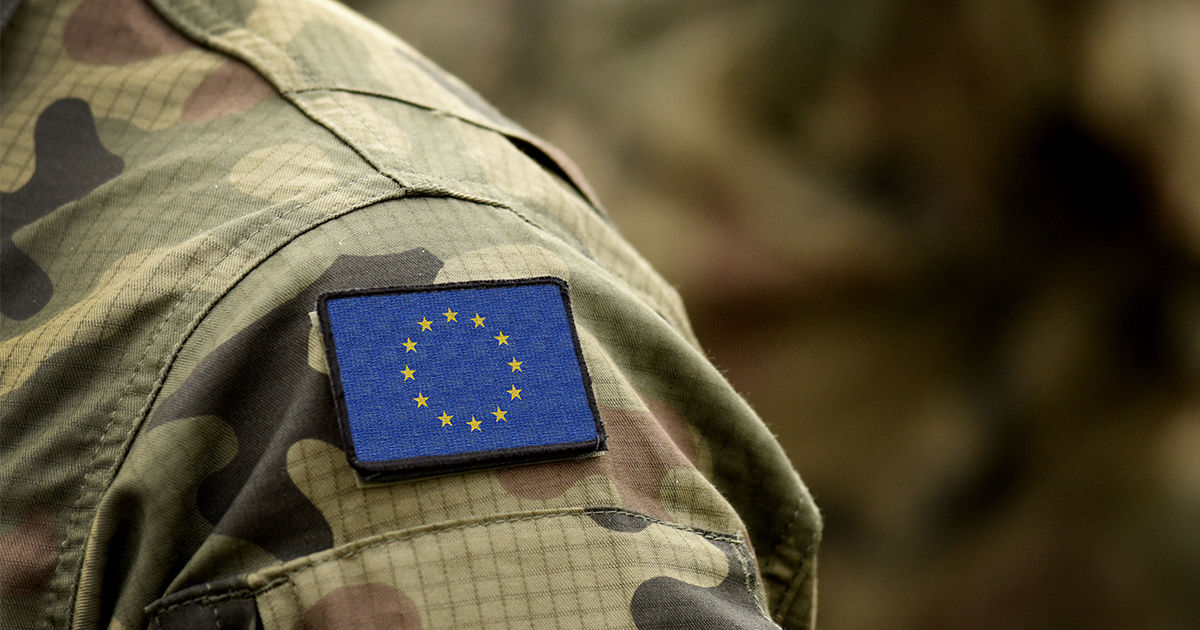 The Future of Europe’s Defence or an Economic Windfall in Disguise?

For nearly two decades, the European Union has worked to establish some sort of permanent military defence system. However, it is open to question whether these calls for a new military to defend European interests, ranging from frameworks and battlegroups to defence development funds and now conversation on a standing European army, are warranted or they are simply veiled demands for economic windfalls in countries that produce military weapons. What exactly would a European army do, and would it make Europe safer?

On 17 January 1961, Dwight D. Eisenhower broadcast his final message as president of the United States. In this speech, he delivered his famous warnings about the potential for an economy powered by the “military–industrial complex”; something that he cautioned would be tempting for a maturing country to latch on to as an easy way to grow. Speaking about the United States, Eisenhower said that, in 1961, this military–industrial complex employed 3.5 million people, spent more money than every US corporation’s net incomes combined, and was felt in every state house and every office of the federal government. The statement is revealing in that Eisenhower, a general of the army and the only US president of the 20th century with a military background, would caution against the desire to create an economy founded upon military spending and build-up. Eisenhower is said to have so little patience for overt military spending that, when reading newspapers, if he came across “advertisements for some new warplane or some bomb,” he would throw the magazine into the fireplace of the Oval Office because he did not think that defence spending should be encouraged by companies who were seeking commercial gain. Now, fifty years past the date of that speech, we see that the global landscape has changed.

In the five decades since Eisenhower’s speech, we have seen the United States fight numerous battles abroad and turn toward a military–industrial system, basing large exports on military equipment and becoming the largest exporter of military weapons in the world, at nearly 37% of all military exports between 2016 and 2020. At the same time, we have seen the creation of the European Union and the coalescing of European countries into a bloc of autonomous but mutually interested parties. Shared defence across the union is essential to these joint interests, and it is increasingly taking centre stage.

In 1999, six years after the founding of the EU, the idea of creating “rapid response elements” to defend the union was broached at the Helsinki European Council meeting, leading to the creation of eighteen 1,500-member military units, comprised of elements from member states, that could be deployed quickly in case of pressures brought against EU countries.

The framework for how EU Battlegroups should be used.
Source: European Council, © European Union, 2021, licence

These battlegroups saw their first operation in 2003 with Operation Artemis, which proved that they could be effectively swift to work at a distance from Brussels and, thus, ratified their usefulness. Since this operation, the battlegroups, which make up the only military capabilities on standby for possible EU operations, have faced challenges including the costs associated with maintaining standing military units, high operational tempos, and individual member state commitments due to their own security and financial measures.

The defence situation across the globe has changed much since the EU developed the battlegroups, and many more initiatives aimed at bolstering the bloc’s strength in the region have been put into place. However, the 2016 Brexit vote in the UK and the subsequent election of Donald Trump as the US president later that year, as well as the 2014 annexation of Crimea by Russia, sped up calls for a more prepared European Union. In a well-reported press conference following a series of NATO and G7 meetings in 2017, in which President Trump prevaricated his often-touted line that European countries did not pay their fair share of global defence spending, German chancellor Angela Merkel said that the time had come for Europeans to “take [their] fate into [their] own hands” and “fight for [their] own future” while cooperating with the US and UK when possible. A year later, Merkel would reiterate this phrase more specifically, saying that “[i]t [was] no longer such that the United States [would] simply [protect] us,” and would once again urge Europeans to take defence into their own hands. While a chaotic normal would take hold under the last two years of the Trump administration, the defence of Europe would once again become a topic under the new Biden presidency during the withdrawal from Afghanistan.

The swift fall of Afghanistan and its capital Kabul saw the US’s harried exit from the country, and, as it began to pull out, European countries, which relied on its logistics and aerial support, had to weigh a safe evacuation while the United States was still in the country or stay after in a bid to ensure the support of Afghanistan. In the days since, calls for a standing European army have once again risen across Europe. During the 5 October 2021 EU plenary session on EU–US relations, multiple MEPs, including the first speaker of the session, raised the need for a standing EU military force to combat the retreat of the United States globally.

Those arguing in favour of a European army are not alone. In Hungary, Prime Minister Viktor Orbán has been signalling his support for it as far back as 2016, saying that, with Brexit weakening the military power of the EU, terrorism, and new factors in global migration, a European army would be needed to defend against emerging threats. Bohuslav Sobotka, then prime minister of the Czech Republic, echoed Orbán, saying that a European army was needed for the same reasons, and even earlier, in 2015, then president of the European Commission, Jean-Claude Juncker, also argued for a European army.

But is it a good idea?

The idea of a European army has become more realistic in the past year as the European Commission passed a EUR 8 billion budget to fund the European Defence Fund, aiming to encourage cooperation and knowledge sharing in the military realm while bolstering the European idea of strategic autonomy and increasing EU military independence from the kkUS. Advocates for a European army have been clear that it would not be a competitor to NATO but a complement that allows the EU to act more swiftly to protect its interests. However, NATO Secretary General Jens Stoltenberg said that the EU could not defend itself without NATO support, claiming that “more than 90% of the people in the EU live[d] in a NATO country. But only 20% of NATO’s defence spending [came] from NATO EU members.”

Aside from overlap with existing defence agreements, there are other costs to consider while pondering a European army. The existing battlegroups have been a point of contention due to the cost of funding a somewhat-standing army, and the effort to create a unified, uniform military unit created of many different countries presents a large challenge from an operational standpoint, for things as simple as which country’s soldier-support structure would be used in it. 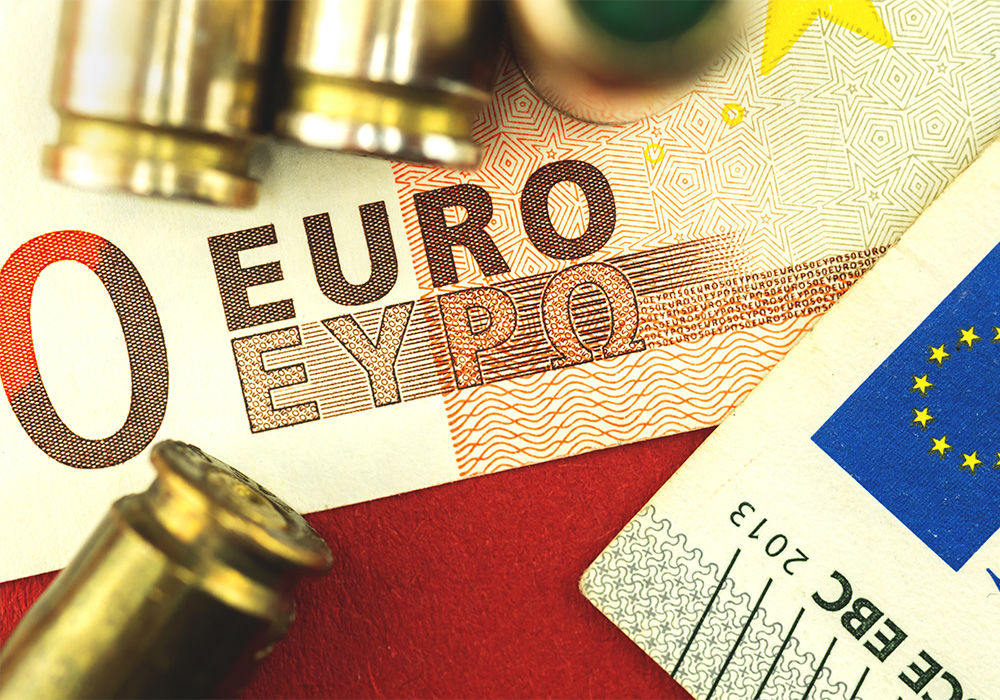 Is this all just for economic gain?
Source: FellowNeko/Shutterstock

While defence is undoubtedly the primary objective of military agreements in a Europe that feels threatened by some parts of the world and abandoned by others, one cannot observe the goings-on of the EU without thinking back to Eisenhower’s words that “we must guard against the acquisition of unwarranted influence, whether sought or unsought, by the military–industrial complex.” The recent public spat over the launch of the trilateral security agreement “AUKUS” between Australia, the United Kingdom, and the United States, clouded by news that Australia had left a nuclear submarine contract worth USD 66 billion with France to instead do business with the United States, brings to light how important military contracts can be for localities and how much impact these contracts have on the international stage. This example also shows how leaning toward the military–industrial complex can proliferate nuclear materiel across the globe. Australia must now establish a framework for becoming a “reliable steward” of nuclear technology, as the agreement adds another player to the growing world poker of nuclear possession. These negotiations also fray international relationships between partner countries as they vie for contracts.

The military–industrial complex must be seen as a factor in all talks behind Europe’s push for military autonomy. In Hungary, negotiations began in 2017 to build a HUF 22 billion (EUR 67 million) weapons factory in Kiskunfélegyháza, run by a company owned by the Hungarian Army, which now exports weapons and attracts business from other countries such as Germany. Across the EU, there are around 1,350 small and medium-sized enterprises that build different military equipment and over twenty large enterprises of the same short in countries such as Sweden, Poland, Germany, France, Belgium, and Italy, which account for billions of euros in profit and hundreds of thousands of jobs each year. The industry is profitable, and that is important to many countries.

Many in the EU believe that a standing European army is the only way forward to safeguard European ideals into the future on a world stage where US influence shrinks and Russian and Chinese influence and threats are growing. However, one cannot simply take the suggestion about the necessity of a European army at face value when there is money to be made within the build-up for wars that may not ever occur. So a larger question looms: With the constant development of military weapons and structures, what will be done once they do exist? The threat of weapons comes from not merely their development but a willingness to use them once they are produced. The more of these opportunities exist, the more dangerous the world becomes. The European Union may well be coming to a period where a European army could be needed, but this army must be done for the correct reasons.

The opening pic is by BumbleDee/Shutterstock

The Military Capacity of the European Union

The common security and defence policy has been a priority in the European Union since the 1990s.
Read more
Péter Stepper