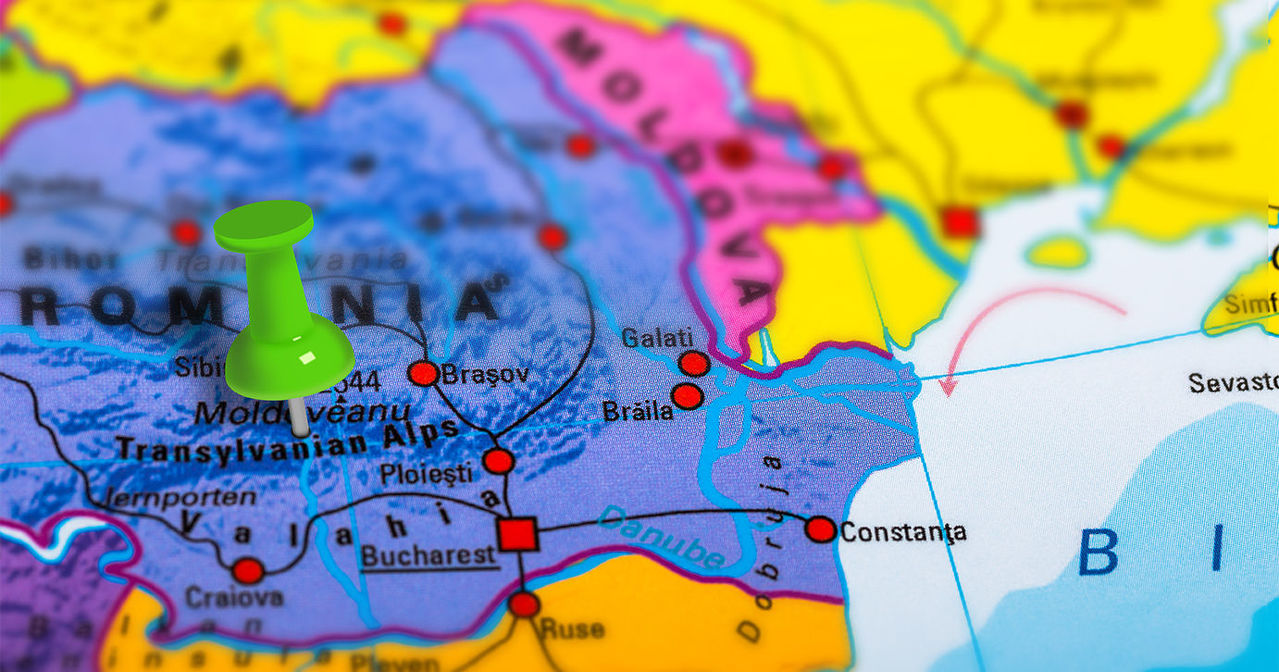 The Hungarian minority community in Romania

Exactly one hundred years ago, on 1 December 2018, the unification of Transylvania with Romania was decreed by the Alba Iulia National Assembly. As a result of the declaration, 1,662,000 Hungarian speaking citizens became part of the Hungarian minority living in Romania. Through the years, they had to face many challenges and hardships. In this blogpost, we will summarise the most important events which took place in the last two decades.

The Romanian revolution of 1989 brought many changes for the Hungarian community living in Transylvania as well. With the involvement of leading Hungarian figures such as Bishop László Tőkés, the revolution took down the communist regime led by Nicolae Ceaușescu, whose nationalist politics had serious consequences regarding the minorities living in Romania—in particular Hungarians and Germans. Hungarian gatherings already started in the first days of the revolution. Firstly, the Banat/Bánság Association of Hungarian Democrats was established on 22 December 1989, which was quickly followed by the formation of Democratic Alliance of Hungarians in Romania (RMDSZ) on 25 December by proclaiming its manifesto. RMDSZ defined itself as an umbrella organisation “representing the national and public interests” of Hungarians living in Romania. In this period the Hungarian Democratic Council was established in Cluj, the Hungarian Democratic Council in Oradea, and the temporary local organisations of RMDSZ became part of the political party. 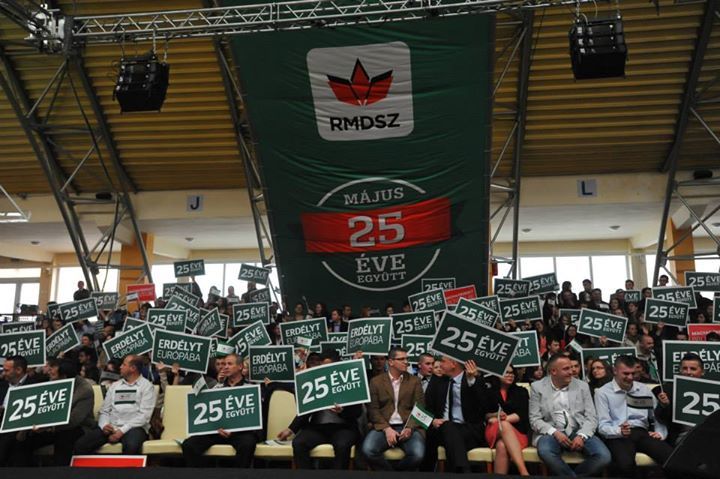 RMDSZ achieved good results at the parliamentary and presidential elections held on 20 May 1990. They gained 7.23% of the votes in the Assembly and 7.20% of votes in the Senate, gaining a total of 41 (29 + 12) seats in the Parliament. On the municipal election in 1992, the party won 131 mayor seats, as well as 2,616 local and 121 county counsellor positions. Between 1990 and 1996 RMDSZ, as an opposition party, became the fourth most significant political party in Romania. In 1996, it entered the government as a coalition partner. Later, its role changed continuously: between 2000 and 2004, it was in opposition, and, after that, between 2004 and 2008, in a coalition government. In the turbulent years which followed, RMDSZ represented the Hungarian interest in opposition or as part of the ruling coalition. Since 2014, it is part of the opposition, and in comparison with its previous successes, got rather isolated within the Romanian party system.

Although RMDSZ was able for a longer period of time to work as an umbrella organisation—which was its primary goal—through the 1990s, opposing viewpoints appeared within the party, especially regarding topics such as autonomy and the relationship with the Romanian political parties. At the beginning of the 2000s, these breaking points lead to a schism within the Transylvanian Hungarian political elite and to formation of new parties. The Sekler National Council (SZNT) was already established in 2003, defining the autonomy of Székelyföld as one of their objectives. In the life of the Transylvanian Hungarians, the year 2008 brought big changes: that was the year when a new political party was established which also represented the Hungarian minority, aside from the existing RMDSZ. Jenő Szász was the founder of Hungarian Civic Party (MPP). In 2000, he registered the Civil Association of Udvarhely (UPE), which was in 2004 renamed into Hungarian Civic Alliance, striving to become a political party active on the whole territory of Transylvania. A third Hungarian minority party in Romania appeared in 2011, named as Hungarian People’s Party of Transylvania (EMNP), which also defined itself as an opposition to RMDSZ. Autonomy and the relationship towards the Romanian political parties is an issue which still divides the Transylvanian Hungarian political elite, and affects the community’s ability do advocate its interests—although political parties in Romania that in any way promote the autonomy of the Hungarian minority were not able to gain significant political influence.

In the new millennia, the Hungarian community living in Transylvania was affected by different foreign political events. In 2004, Romania became part of NATO, and, in 2007, the country became an EU member state. Concerning both events, the Hungarian community was hoping to experience a positive change in the Romanian minority politics—as a way for the country to “show achievement” in this field being part of the Euroatlantic integration—however, the results were disappointing. Although Romania is still not part of the Schengen Area, the interoperability of the borders and a better connection to the motherland certainly had a positive impact. In this period, major changes happened in the Hungarian politics as well, where, in 2001, the Act on Hungarians Living in Neighbouring Countries was passed and, in 2010, the Simplified Hungarian Naturalization was adopted, leading to a closer bond between the capital and Hungarians living in Transylvania. 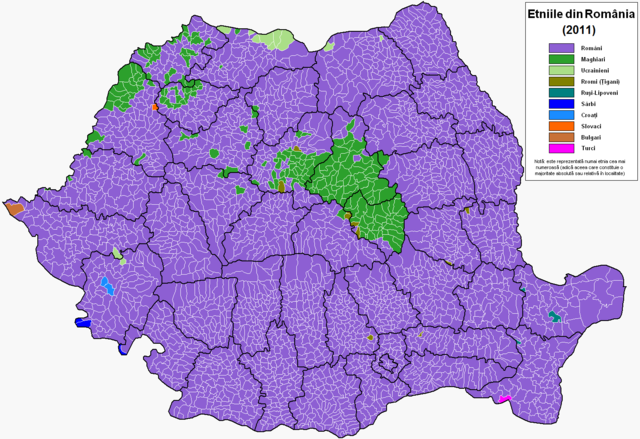 The biggest challenge for the Hungarians from Transylvania is their massive population decline. According to the 2011 Romanian census, 1,224,937 Hungarians live in Romania, 200,000 less than in the 2002 census (which showed a similar decline in comparison with the 1992 population census, when the Hungarian population counted 1,603,923 person). The Hungarians in Transylvania live in three main regions, which are quite diverse regarding the different ways of keeping the Hungarian identity. In Székelyföld, Hungarians make up 33-40% of the total population, therefore identity and tradition have a significant role in the society. In the Partium region, where Hungarians constitute 23-35% of the population, there is a synergy between the Hungarian and the Romanian communities. The third region is spreading from Maramureș to Southern Transylvania and Banat, which is an interethnic territory with a Hungarian diaspora. It is hard to preserve and nourish the identity and culture in a diaspora, away from the majority centres, without an actual ethnic unity. But the cause for Transylvanian Hungarian population decrease is not assimilation. According to data provided by Tamás Kiss, in the 2001–2011 timeframe, the total of 194,000 Hungarian population decrease in Romania was mostly due to emigration (111,000), followed by negative natural population growth (67,000), and assimilation was only on the third place (16,000) as the factor responsible for this phenomena.

Education and language play a crucial role in preserving the Hungarian identity. In the last two decades, there have been some positive developments regarding the language usage in government, judiciary, and public sector. However, in summer 2018, there was a heavy debate after President of Romania Klaus Iohannis sent back for review to the Constitutional Court amongst others the new law about expanding the linguistic rights for national minorities. In Romania, there is a minority educational system from kindergarten to university. A significant result is that the number of elementary and high school students learning in native language reached 99% in 2011. However, distance can significantly limit the access to Hungarian educational institutions—for the Hungarian majority in Székelyföld, these opportunities are more available than for those who live detached in other parts of the country. Regarding the higher education, we can clearly see an inequality in chances to study certain fields. For example, there are very few opportunities to learn technical or agricultural sciences in Hungarian language. A positive progress is that beside the bilingual Babeș-Bolyai University, since 2000, there are two private, Hungarian government-supported universities which provide education in Hungarian language: the Partium Christian University and Sapientia Hungarian University of Transylvania. These universities are still active, providing Hungarian education for growing number of students coming from Oradea, Cluj-Napoca, Târgu Mureș, Sfântu Gheorghe, and Miercurea Ciuc.

To summarise, as Levente Salat wrote in 2015: “since the Treaty of Trianon, the situation of Transylvanian Hungarians—in legal and political terms at least—has never been as consolidated as it is in present days.” There are 931 bills in force to provide minority rights in the fields of delegation, education, culture, and media, and to enable the distribution of sources provided by the Hungarian government. Taking into consideration all these steps, Romania has the tendency to define itself as a “role model state,” concerning the protection of minority rights. However, the actual situation is not that comforting. The implementation of the legislation is largely determined by the reaction and frequent resistance of the majority population, while questions such as the unsolved nationalisation issue and debates regarding the usage of native language, as well as tensions concerning the celebration of the Romanian centenary, still burden the everyday Hungarian–Romanian affairs. The division of the Transylvanian Hungarian political scene and population decline also contribute to the limited success of minority politics.