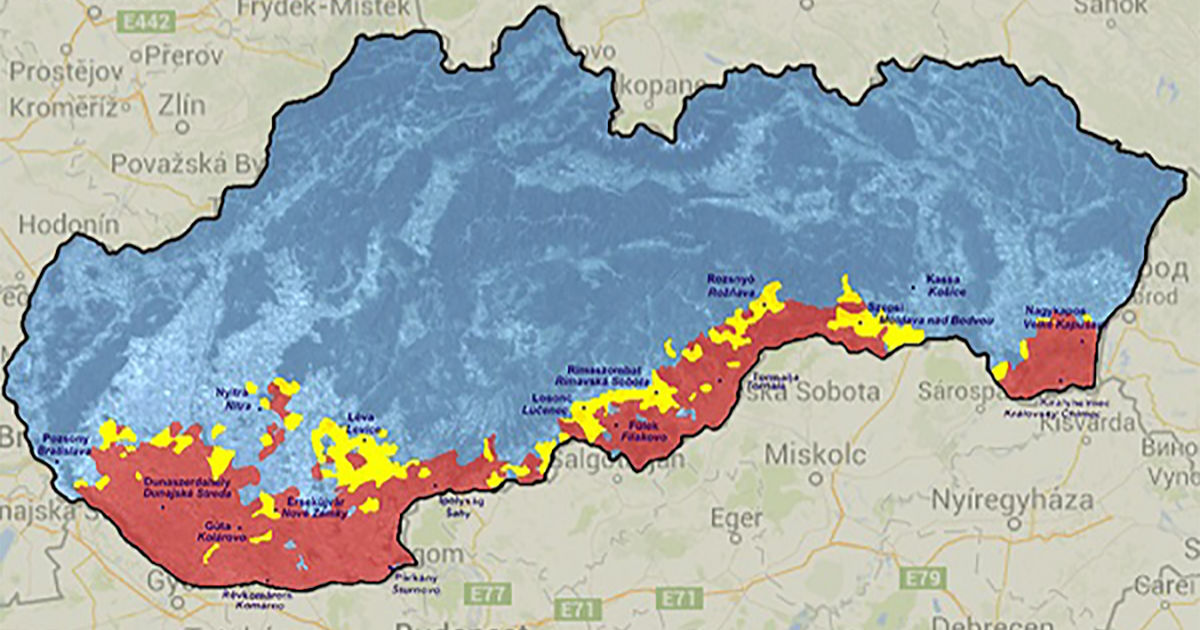 The Hungarian minority community in Slovakia

The Hungarian community living in the territory of Slovakia became a minority community after the creation of Czechoslovakia in 1918. The Vienna Award in 1938, World War II, the communist takeover, the Velvet Revolution, the regime change and the peaceful dissolution of Czechoslovakia in 1993 are turning points for in the history of the Hungarian community in Slovakia. The following article summarizes the development of this community after the regime change from societal-political perspectives.

During the regime change, the illegal civic and political association, named Independent Hungarian Initiative (IHI – Független Magyar Kezdeményezés), took an active role in organising protests during the Velvet Revolution, and contributed to the work of Public Against Violence (Verejnosť Proti Násiliu – Nyilvánosság az Erőszak Ellen). The IHI continued its work as a political party and was renamed Hungarian Civic Party (HCP) in 1992. Basing their programme on the principles of consociationalism, their main aim was to represent and promote the Hungarian minority interests within the government. In 1994, the three active Hungarian parties in Slovakia, the HCP, the Coexistence and the Movement of Hungarian Christian democracy, joined the party alliance called Hungarian Coalition, and was able to send 17 representatives into parliament.

The nationalist actions against the Hungarian minority during the Mečiar government (1994-1998), especially in the fields of education, language use, and the tense intergovernmental relations between Slovakia and Hungary, had an impact mainly on elements of minority culture, which, as a result, were forcibly shorn.  As a reaction to the deprivation of rights and possibilities of minority Hungarian education in Slovakia, public demonstrations were held, which drew the attention of international organisations as well. The language law accepted in 1995 was the most restrictive language regulation in Europe at that time, which also contributed to the international isolation of the country and thus the interruption of the accession negotiations with Slovakia. This kind of negative political environment motivated anti-Mečiar forces, including Hungarian parties as well, to cooperate more tightly. 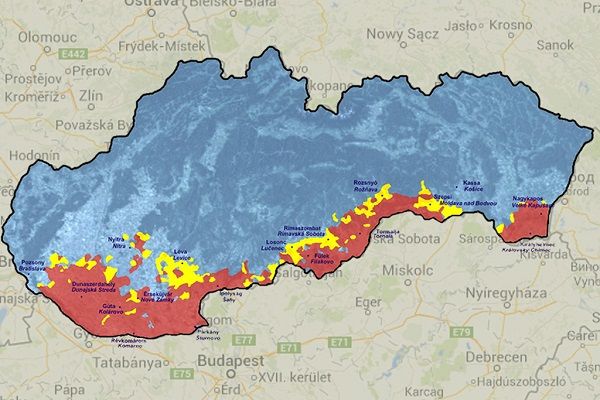 The parliamentary elections in 1998 brought the victory of anti-Mečiar Blue Coalition, where the minority Hungarian political forces were represented by a joint political party, the Party of Hungarian Coalition (PHC). The PHC was the member of the governmental coalition, which was welcomed by the EU as well. The acceptance of the minority language use legislation and the general development of the situation of minorities in the country were also conditions open the accession negotiations with Slovakia again. After the 2002 elections, the PHC was able to send 20 representatives to the Parliament and gained important positions in legislation. Due to the reforms introduced by the Dzurinda government and the political activity of the Hungarian party, the Slovak-Hungarian majority-minority relations became more balanced.  The only university in Slovakia where the language of instruction is Hungarian was established in that period in Komárno/Komárom. The ratification of the European Charter of Regional and Minority Language also happened at that time. All these changes can be understood as huge contributions to Slovakia’s successful EU accession. The reforms implemented by the Dzurinda government also made it possible for Slovakia to join the European monetary union and adopt the euro.

After the elections in 2006, due to the political motivations of the governmental parties, mainly the Meciar-led HZDS and the Slovak National Party, the anti-Hungarian actions became more frequent. The umbrella organisation of Hungarian associations, the Roundtable of Hungarians in Slovakia was established in this period. As a reaction to the amendment of the Slovak language law, the Law Emergency Service was created to support the legal activities of the Roundtable. Later on, the profile of the legal platform was expanded with other areas as well.

As the PHC was one of the most stable and disciplined political parties in Slovakia at that time, the Slovak publicity accepted the political presence of the Hungarian party. After Pál Csáky was elected as the president in 2009, mainstream politicians of the party left and established a new political party based on the principle of Slovak-Hungarian coexistence, led by Béla Bugár. One year after the split, the new party, Híd-Most, achieved better results at the elections in 2010 than the PHC. The political parties caused cleavages within the Hungarian minority community, as the two parties defined their political aims differently: while, for the PHC, Hungarian minority politics were important (spread of Hungarian language use, development of regions habited by Hungarians mainly, etc.), the Híd-Most supported the development of all of the underdeveloped regions, and aimed to advance the circumstances of all the minority communities (including Roma) as well. The governmental coalition led by Radičová was established together with Híd-Most. During this period, the amendment of the minority language use law was accepted. Although it broadened the possibilities of minority language use, it failed to bring bigger changes regarding the position of minority languages. The worries caused by the results of the 2011 census (the number of those who identified themselves as Hungarians in Slovakia decreased by 62 thousand in ten years), and the general negative public mood compelled the Roundtable of Hungarians in Slovakia to create the document entitled Basic conditions for the persistence and development of Hungarians in Slovakia, “the minority minimum,” as it is referred to, which was signed by the two political parties as well. The symbolic meaning of the document is more relevant than its practical use, as it does not include specific steps. However, it happened for the very first time that the two political parties made an agreement and accepted basic guidelines regarding the future of the Hungarian minority community in Slovakia. 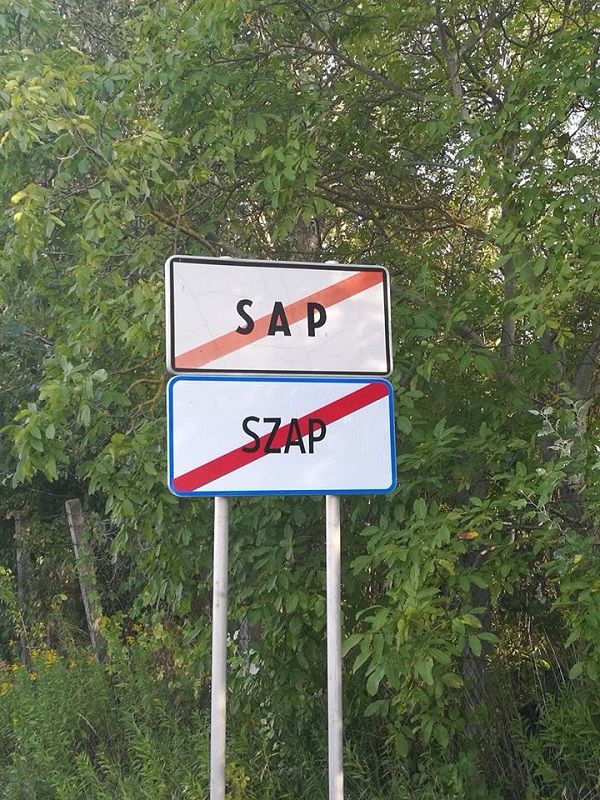 With the contribution of the Forum Institute for Minority Research established in 1996, a new website madari.sk was launched with the aim to demolish all the stereotypes and fake judgements in the Slovak society regarding Hungarian community living in the country through authentic, actual and professional articles.

During the elections in 2016, only Most-Híd was able to send representatives to the Slovak parliament and made a coalition with the Slovak National Party and Smer, an act previously inconceivable invoking criticism. The party remained in the coalition after the 2018 governmental crisis as well. The HPC gained 4,3% of the votes in 2012, and 4% of the votes in 2016, so it has been actively in politics out of legislation only. Both parties are members of the European People’s Party – during the last EP elections, both parties sent one representative to the EP, Pál Csáky (HCP) and József Nagy (Híd-Most).

The majority of the Hungarians in Slovakia live in villages or in smaller towns, mainly in those municipalities where the majority of the population is Hungarian. In the last few years, towns that used to be regional centres of Hungarians (Kassa/Kosice or Pozsony/Bratislava) gradually have lost their Hungarian majority, while the importance of smaller towns have been increased (e.g. Dunaszerdahely/Dunajská Streda, Somorja/Samorín, Rozsnyó/Roznava). The negative effects of immigration is relevant not only from the perspectives of the decrease of Hungarian population; the better possibilities in Hungary or abroad drain young people of the thin middle class. While there is a relatively small fall-back of Hungarians regarding secondary education comparing to national average, the number of graduated Hungarians is much smaller than in case of Slovaks.

To sum up, the Hungarian minority in Slovakia is a community with national identification and a politically independent institutional system, which is able to follow and react to the challenges ahead. According to the results of the 2011 census, in the last twenty years, there have been 108 831 less Hungarians in Slovakia, their proportion within the population in Slovakia has decreased from 10,8% to 8,5%. The most important reason of this are the assimilation as a result of mixed marriages (children born in mixed marriages are more likely to identify themselves as members of the majority society), immigration and ageing. Due to the active contribution of the Hungarian community, the interethnic relations within Slovakia has developed immensely in the last few decades. The question is how the community will be able to sustain and improve the already-achieved results to create effective solutions for new challenges within the community.