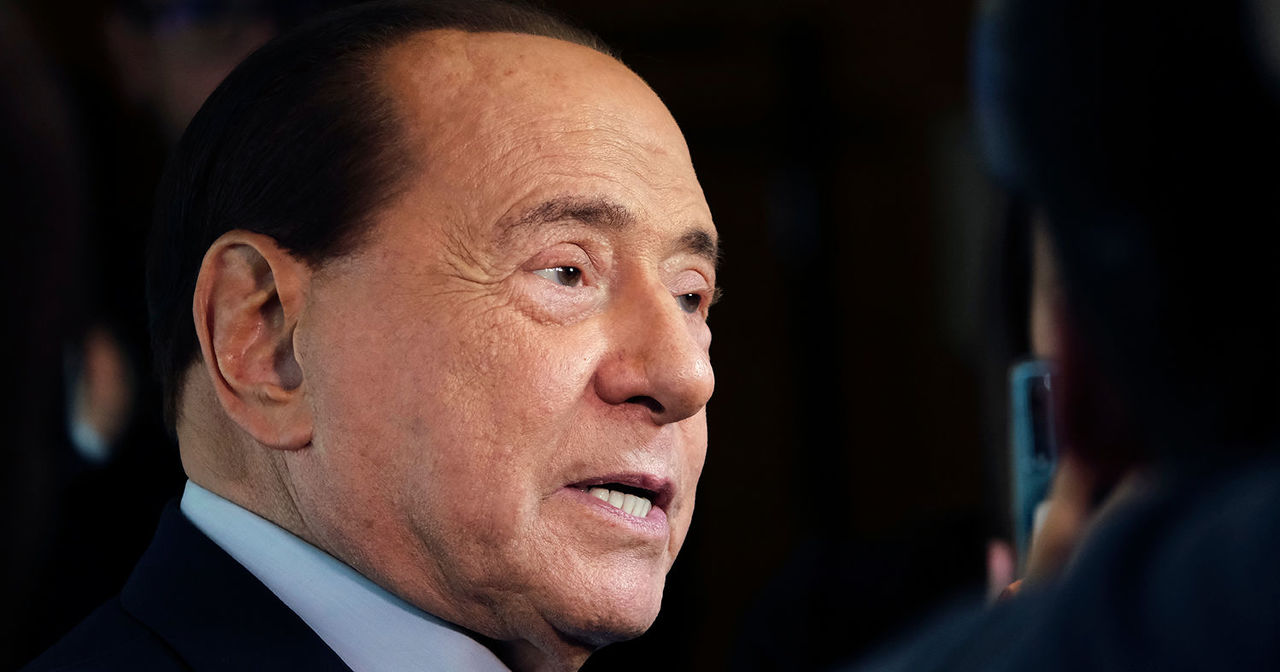 Where Does the Centre Stand?

After having reigned uninterruptedly for more than twenty years over the heterogeneous universe of the “Second Republic’s” Italian right, last 19 October, Silvio Berlusconi gave up his crown. Forza Italia’s decline also represents the decline of the main liberal–conservative party in the country and left a political vacuum at the centre, which nobody has been able to fill until today.

After having reigned uninterruptedly for more than twenty years over the heterogeneous universe of the “Second Republic’s” Italian right, last 19 October Silvio Berlusconi gave up his crown. The abdication has been announced during a manifestation organised in Rome by the leader of the Lega (League), Matteo Salvini, whose aim was to gather all forces opposed to the new coalition in the capital. The manifestation, called Italian Pride, was not, as the name may suggest, a “wop” version of the Gay Pride but a rather carnivalesque rally of right extremists, neo-fascists, separatists, Salvinists, and all the forces left of the moribund Italian “moderates.” And it is exactly in this bizarre atmosphere, which saw—and it is not a joke—fascists questioning the constitutional legitimacy of the new government, staunch independentists wrapped in the Italian tricolour singing the national anthem, and Salvini getting mad because of the new government’s plan of introducing a sugar tax on snacks, that the 83-year-old tycoon decided the time had come to pass the torch to someone else. But who might be Berlusconi’s designated heir?

Some pictures from the Italian Pride protest
Source: Twitter

According to Berlusconi’s words, “the leader of the most-voted party within the centre-right coalition”—a political group formed mainly by three parties: Forza Italia (Forward Italy!), the League, and Giorgia Meloni’s right extremists party, Fratelli d’Italia (Brothers of Italy)—“will be its next rightful leader.” Obviously, this represents an explicit endorsement for Matteo Salvini, whose party today is, by far, the largest in the coalition and the country as well. Anyway, a green light to Salvini’s leadership represents a meaningful step in the Italian political universe.

In the last year’s general election, Berlusconi lost the leading position of the coalition for the first time, and Forza Italia was taken over by the League. From that moment, the relationship between the Cavaliere and Salvini became tense, and the decision of the League’s young leader to form a government with the Five Star Movement was considered by many a real break-up between the two centre-right allies. But just a year later, the August crisis came, and Salvini suddenly found himself in opposition and being short of allies. That is why Berlusconi’s participation at the October protest meeting—he declared his intention to join only in the very last days—must be understood as an official rapprochement between the two politicians.

But Berlusconi’s decision to appear side by side with Salvini—or rather on his side—and award the responsibility of leading the centre-right to him sparked protests in Forza Italia’s more moderate wing, which boycotted the manifestation and begun to abandon the party. The most significant is the defection of Mara Carfagna, one of Forza Italia’s most representative leaders and the Deputy Speaker of the Lower Chamber. Before that moment, Carfagna repeatedly warned Berlusconi that participating in the protest along with the League and the neo-fascists will be damaging to the values Forza Italia represents. Even if the octogenarian leader tried to reassure his party fellows—and mostly his voters—by stressing that “we are not the League, we are heirs of the Liberal, Western, and Christian tradition,” the risks of being trapped into the extremist, racist, and sovereignist Salvini’s rhetoric are far too big. Berlusconi’s excessive self-confidence was watered down just one week after the manifestation during the regional election in Umbria. On this occasion, the League-led coalition obtained a large-scale victory against the PD–5Stars candidate. The two parties run together for the first time and were roundly rejected by the electorate, while the right-wing parties gained a historic result in a region which had been administered by the Left for its whole post-War history. On the flipside, Forza Italia obtained only the 5.5% of the votes, the worst result ever in the region, and suffered a further drop since the 2018 general election and the 2019 European Parliament election. Forza Italia’s difficulties have also been worsened by Brothers of Italy’s steady growth, which confirmed Berlusconi’s party’s road to marginalisation within the coalition. 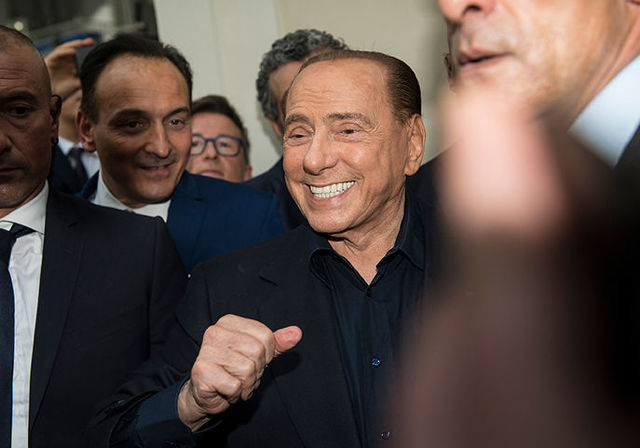 Forza Italia’s decline also represents the decline of the main liberal–conservative party in the country and left a political vacuum at the centre that nobody has been able to fill until today. In fact, the extremist political offer of the League—and, similarly, that of Brothers of Italy—is repulsive for voters with a Christian democratic background and a liberal–conservative, moderate, and pro-European vision of politics. On the other hand, moderate voters are further alienated by both the little appeal of the unclear political offer of the centre-left, which is shifting from pure social-democratic programmes to liberal–progressive agendas, and the Five Star Movement’s “ragtag militia.”

Since his arrival at the political arena, Berlusconi was able to converge instances of moderate voters into his party—and mostly around his person. These voters used to gather around the old Christian Democracy (Democrazia Cristiana), or they were from that segment of the old social right which was in search of a new political home to gain new legitimacy and stop being associated with Fascist nostalgias. The young Berlusconi’s magic recipe was a strong appeal to the traditionalist values of the Italian society, a consistent liberalist agenda, the quantum satis of promises of lower taxes, and a Cold War–like crusade against Communists. Even if this rhetoric and the magnetism of Berlusconi’s personality once enabled Forza Italia to be the ruling force within the centre-right and the most voted party in Italy for almost twenty years, those times seem to be really gone today. The reason lies mainly in Berlusconi’s leadership. In fact, Forza Italia has always been ruled by the Cavaliere as a personal enterprise where political directions are always chosen by the leader, dissidence is not admitted, and the only strategy for the future is a secret hope for Berlusconi’s immortality. This Stalinist way of ruling a party worked until Berlusconi achieved good results. However, owing to the one-person build-up, in moments, when, like now, the leader turns to be a disappointment—and reaches a grand old age—the whole edifice starts to crumble.

Salvini’s ability to attract the most conservative part of Forza Italia’s electorate by appealing to the magic trio of “God, nation, and family,” dear to the right, and to a strong anti-immigration rhetoric, put the political fight on a battlefield where Berlusconi has little chance to win. On the other hand, the advent of the Five Star Movement, which launched its crusade against old-style politics and corrupt politicians, turned to be a direct and highly effective blow to Berlusconi—the incarnation of both. When the party needed a great change of course, Berlusconi revived, without effect, his old-fashioned rhetoric. Obviously, efforts by Forza Italia’s leader are rejected by his electorate, and Salvini’s coronation as the leader of the “centre-right”—or maybe it is more precise to say the “right-centre”—is clearly signalling that the Cavaliere eventually decided to renounce to play a prominent role in the future.

However, to get the right meaning of Berlusconi’s “retreat,” we have to wait until the next reform in the electoral law, expected as one of the first acts of the new government. Changing the rule of the game will also change the political weight of all the parties in the next parliament, and a proportional system could turn Forza Italia into a useful tool in any coalition wishing to govern, while a purely majoritarian system could exclude the party from big games. 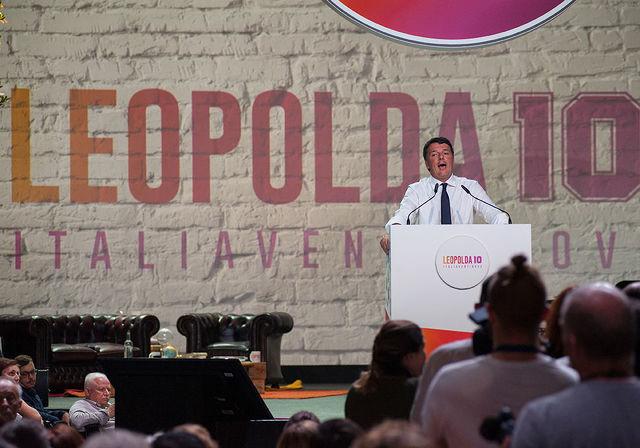 However, Berlusconi’s problems might not be over with a new, favourable electoral law. In fact, the recent appearance of Renzi’s new party, Italia Viva (Italy Alive) is yet another thorn in the Cavaliere’s side, as it is trying to fish for support among the very same liberal–moderate electorate which sustained Forza Italia. At the party’s inaugural meeting—which, by coincidence, was held on the same weekend as the “Italian Pride”—Renzi openly declared that he was ready to welcome all MPs, mayors, and local representatives from Forza Italia who wish to leave the party. The “Macronist” aspirations of the former prime minister to create a big moderate pro-European party has been well-known since the so-called “Nazareno Pact,” by which Renzi decided to look for Berlusconi’s support and moved the parliament’s centre of gravity more towards the centre in order to form a majority, able to deliver a programme of far-reaching reforms. However, according to the polls, Italia Viva does not have the numbers yet to cover this ambitious project. Nevertheless, the next election will only be in 2023, and Renzi is confident that, until that time, his party will grow and reach a double-digit result.

A massive centre party, able to collect votes either from the right or the left, has been the dream of many politicians since the disappearance of the “White Whale”—i.e., the Christian Democratic party—but nobody has been able to achieve that so far. The need for a new “liberal revolution,” something similar to what happened in France, is also felt in Italy. A new political formation, able to tone down Salvini’s aggressive rhetoric and occupy a leading role in the European Parliament’s biggest moderate families—the PPE or the liberal centre of Renew Europe—is probably the adequate medicine for the sick Italian political landscape. However, the key to the success of this revolution lays in its leaderships’ ability to present future-oriented ideas, to aggregate different interests within a single political–institutional framework and, above all, to offer a radically alternative political vision, also in terms of style and language, to that of the nationalist and populist parties which are today dominant in Italy. If this happened, Forza Italia could still play a very relevant role, bringing as a dowry its huge heritage of local and national administrators and control over the territory. Time is against Berlusconi, but one cannot rule out that the Cavaliere could still play a decisive role within the Italian moderates’ political universe.