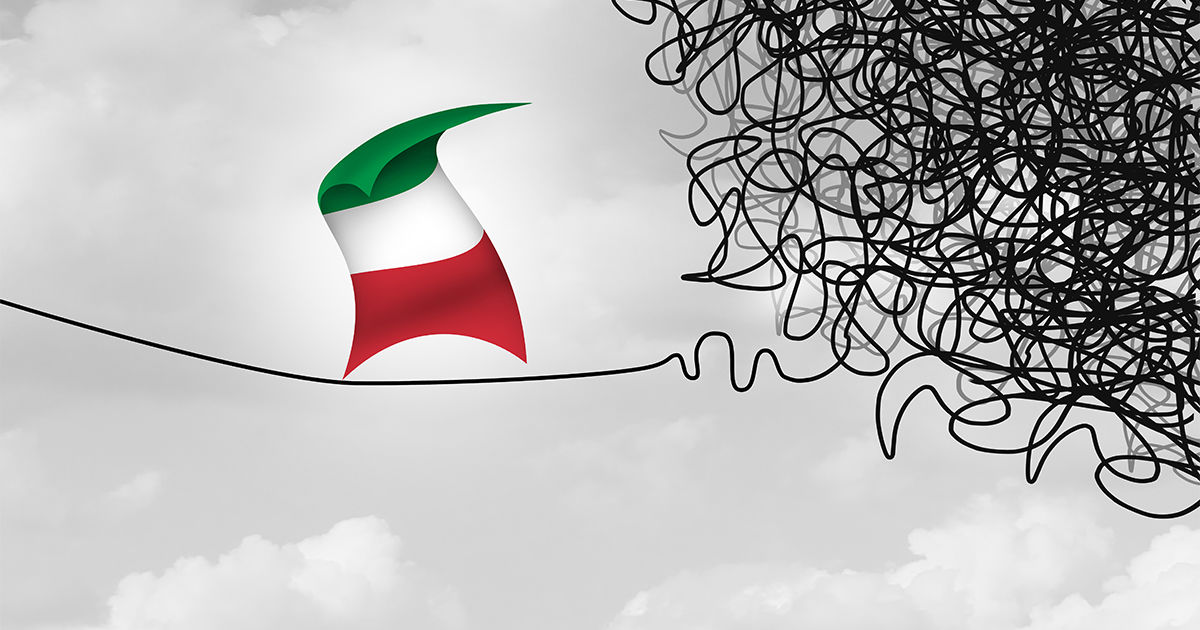 Possible Scenarios for a Country in Disarray

The political vacuum left by this summer’s crisis could open up many different scenarios in Italy. The most unlikely, of course, is the resurrection of the League–5Stars government. Salvini is guilty of having started a political crisis that only serves his personal interests, and, therefore, it is unthinkable that Di Maio, Conte, and the other members of the executive will ever forgive the Interior Minister’s gambling. Moreover, Conte’s speech clearly showed that the faith in and the respect for the League’s leader are at their lowest level. That is why the only solution left to avoid a snap election is that Zingaretti’s Democratic Party and 5Stars arrive at a sort of understanding.

Following a 50-minute speech, which sounded more like a lecture against the League’s leader described as “irresponsible, opportunist, dangerous, and authoritarian,” Conte met the President of the Republic Sergio Mattarella to give up his mandate and usher in what can be defined the craziest political crisis in Italian history.

Matteo Salvini triggered a major political crisis, trying to get an upper hand over the governing coalition
Source: Twitter

From now on, it is up to Mattarella to lead the way out of this crisis. He begun to do so on Wednesday, opening a quick round of consultations, hearing his predecessor, Giorgio Napolitano, the presidents of the Houses, and the delegations of smaller political forces. On Thursday, the President met the delegation of the main political forces, and, hopefully, a solution will be found in a short time. Mattarella’s task is very delicate because, in the general bewilderment, everyone now relies on his “wise, serious, and impartial” arbitration, and it is likely that the President will do everything in his powers to find an alternative solution to a general election. “I will carry out new consultations that will begin next Tuesday to draw conclusions and take the necessary decisions,” the President of the Republic stated at the end of this round of consultations. “Only a government which obtain the confidence of the Parliament with group agreements on a program to govern the country is possible, and, in the absence of these conditions, the road to take is that of the elections.” A new governing majority and a new political agreement are without any doubt the President’s preferred options for the country instead of heading for the unpredictability of the polls. He is driven mostly by the consideration that, in the next months, the state will face decisive deadlines. By Monday, 26 August, the government should announce its proposal for a name to be included in the next European Commission. Although this deadline is not binding, Italy has so far failed to indicate its Commissioner. However, if Italy hopes to obtain an influential post, an agreement has to be found within the next few days because, in September, Ursula von der Leyen will present her team to the Parliament to receive its accord.

Matteo Renzi declared his satisfaction in seeing the end of the League–5Stars government
Source: Twitter

The political vacuum left by this summer’s crisis could open up many different scenarios in Italy. The most unlikely, of course, is the resurrection of the League–5Stars government. Salvini is guilty of having started a political crisis that only serves his personal interests, and, therefore, it is unthinkable that Di Maio, Conte, and the other members of the executive will ever forgive the Interior Minister’s gambling. Moreover, Conte’s speech clearly showed that the faith in and respect for the League’s leader are at their lowest level. That is why the only solution left to avoid a snap election is that Nicola Zingaretti’s Democratic Party (PD) and 5Stars arrive at a sort of understanding. This kind of option has recently been supported by many political figures and also by the former Prime Minister and European Commission President Romano Prodi, who talked last week in favour of a new executive—dubbed the “Ursula Plan”—involving partnership among the groups that voted for European Commission President-elect Ursula von der Leyen—meaning all parties except the League and the far-right Brothers of Italy.

In this perspective, Matteo Renzi—who once again became a kingmaker in Italian politics—renewed his call to all “responsible” parties for forming an institutional government. “Populism worked very well during the electoral campaign, but it has miserably failed when called to govern,” he said, leaving open the possibility of teaming up with 5Stars, his archenemy. The Tuscan politician’s move triggered discussions between the two parties’ officials that culminated on Thursday with the delegation of the 5Stars formally accepting to have a discussion with the delegation of the Democratic Party. However, the PD’s secretary, Zingaretti, also affirmed that an agreement is only possible if the paradigm used during the 445 days of the yellow-green government changes. Loyalty to the EU membership “for a profoundly renewed Europe,” rights (freedom and solidarity), environmental and social sustainability, respect for human dignity, centrality of the Parliament, respect for the Constitution, a profound change in the management of migratory flows in “strict co-responsibility with European institutions and governments,” “avoiding a tightening of the tax burden starting from the need to block the expected VAT increase with the next budget law,” is what Zingaretti asked from Di Maio & Co. Mattarella showed interest in—and hope for—this kind of understanding, and it is not impossible that 5Stars could decide to accept Zingaretti’s points, even if accepting the centrality of the Parliament and the representative democracy for a party which made the direct democracy his battle cry seems a rejection of yet another of its ideals—the other was never accepting to rule with the PD, never accepting to team up with the old establishment, and imposing a two-mandate limit.

Certainly, any agreement to be found will likely be set up to exclude the League from any governing position. The leader of the League met with President Mattarella just before the 5Stars delegation, and, considering the PD–5Stars agreement as an “old-politics” custom, stated, “I have the suspicion that somebody has for months been plotting to form a yellow-red government. I have this in my mind since the 5Stars Movement and the Democratic Party voted together to elect Ursula von der Leyen in the European Parliament.” Despite all seems to point towards a red-yellow government, negotiations could be more complicate than expected. In fact, besides Zingaretti’s five points, the Democratic Party’s delegation will probably ask Di Maio to repeal the Security Decree, which represents Salvini’s big achievement, to change the manoeuvre (i.e. the budget proposal), and to freeze the MPs’ cut, which needs only one last reading in the Chamber to become law. Obviously, these requests shocked the 5Stars which mistrust the PD and believe that is not fair that the leftist party asks the movement to repudiate more than one year of government. On the other side, Di Maio listed ten policy priorities 5Stars want to focus on before heading back to the polls, and said “we have initiated talks to verify if there is a solid majority in Parliament.”

In the meantime, the other big player in this political chaos and Salvini’s most precious ally, Silvio Berlusconi, expressed his concerns that a government which “does not reflect the majority of voters and is a mere coincidence of opposing forces” could “not be the basis for a stable and credible executive but only a mockery of the voters and a betrayal of their will.” Forza Italia’s leader advocated a centre-right government or an early election even if he did not show a firm closing to another kind of agreement unless his party is included. Is it a signal that Berlusconi could opt for joining the “Ursula Plan” as it has already happened in the European Parliament, or will the octogenarian Italian tycoon accept to stay again in opposition and try to rebuild the centre-right pole? It is very hard to imagine 5Stars accepting to govern together with Berlusconi—and vice versa—but Italian politics has accustomed us to that there is no shame in turning your coat and changing ideas—an Italian custom which is often labelled with the more tolerable word “transformism.”

As a matter of fact, Forza Italia—which, as a member of the European People’s Party, may be reluctant to vote against a pro-EU government—might accept to give an external support to a yellow-red government and opt for a kind of “constructive” opposition, meaning it would vote for some bills proposed by the government while rejecting others in a last attempt to save its partially influential position in this parliament. On the other hand, Berlusconi is very keen on the idea of re-establishing a centre-right coalition with a clear and defined Atlanticist and pro-European inclination—that anyway is totally the opposite of Matteo Salvini and his party’s pro-Putinism and anti-Europeism. And this is a big question for Berlusconi. In fact, there is no future for the centre-right if the League is excluded—even if, at that point, it is more appropriate to talk about a far centre-right pole—but, at the same time, there is no future for Forza Italia outside this kind of coalition. In fact, polls suggest that should a new election be held, Forza Italia will be relegated to the margin of the political spectrum, with only 6% of the votes (in the 2018 election, the party obtained 14% and 59 seats in the Chamber of Deputies, and 33 in the Senate).

However, provided negotiations between PD and 5Stars fail, there will be no other way than calling an election already in autumn. In that case, the League is expected to gain the relative majority of the votes, while a centre-right coalition—which obtained very positive results in the last regional elections—could have enough support to form a government on its own without the need of other political forces. A triumph of Salvini in a new election would turn Italy in the first western European country and EU founding member which drift towards the far right. This could open up the possibility that the country could be more inclined to move towards Russia and be in perpetual conflict with Brussels, which sounds enough to make one anticipate that Italy could decide to abandon the Eurozone or even the EU. A scenario that would have deep repercussions on Italy and its fragile economy—which is even more endangered as a new recession is expected to start soon in the Eurozone—and which, for this reason, must be avoided at every cost.

The only hope for Italians is that Mattarella’s ultimatum will result useful for the most inadequate political class in the history of Italy to level out their different points of view and agree on implementing the appropriate measures and put the country back on its feet. Otherwise, Italy can but rely on the Immaculate Heart of Mary.