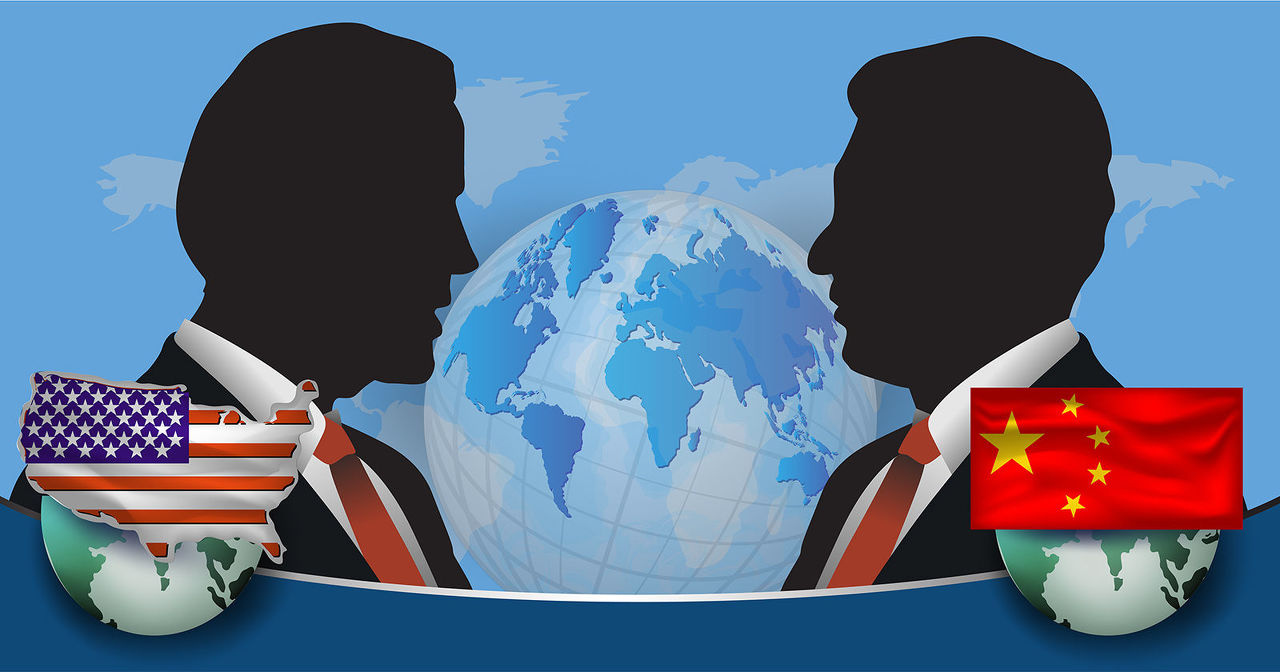 What China Policy It Suggests to the Biden Administration

In February 2021, the influential American think tank, the Atlantic Council, published an article entitled “The Longer Telegram” written by an “Anonymous” author. This document, modelled on George F. Kennan’s “Long Telegram” from 1946, offered a long-term China strategy to the new American Democratic leadership. By summing up “The Longer Telegram,” this blog post seeks to outline the changes expected in the US’s China policy during the next four years and show to what extent these represent a departure from the direction advocated and implemented by the Trump administration.

In February 1946, American diplomat George F. Kennan sent his report from Moscow, today known as the “Long Telegram,” which contained a detailed analysis of the Soviet strategic thinking and political system and, later, became one of the cornerstones of the US containment policy against the Soviet Union. More than seven decades later, on 28 January 2021, an analysis was published by the leading US think tank Atlantic Council under the title “The Longer Telegram.” It was penned by an “Anonymous” author, a “senior government official” (NB, at the time, Kennan’s telegram was also published under the name “X” in Foreign Affairs). Although “The Longer Telegram” was not published by the White House nor the State Department and, thus, cannot be considered an official strategy of the Biden administration, experts on the subject treat it as one of the key documents of the new US government’s China policy.

In my earlier analysis, I discussed the unconventional personality and presidency of the Republican president Donald Trump, who, being in power between 2016 and 2020, had also left a strong mark on the US’s China policy. The 2017 National Security Strategy (NSS) identified China as a strategic competitor, and the US leadership has since then taken an increasingly tough anti-China stance at both the diplomatic and political level (see, e.g., the customs war or the tech war). In the light of the presidential election, I concluded my prognosis for the future, saying that even a Democratic victory would follow a very similar China policy (aimed at halting China’s further global economic, political, military, and technological advances) and that it would only be different in its means. At the diplomatic and rhetoric level, however, I predicted a more moderate tone. In the last year of Trump’s presidency, his apparatus, reaching back to Cold War rhetoric, presented China as a threat similar to the Soviet Union, or an even more serious one—a threat to not only the United States but the entire liberal-democratic world. US–China relations have, thus, reached depths that have not been seen for decades.

Such a negative stance on China in the last months of the Trump administration was closely linked to the 2020 presidential election. One day before the election started, on 2 November, a collection of speeches entitled President Trump on China: Putting America First was published on the White House website. The document compiled critical speeches on China made by senior officials. National Security Adviser Robert C. O’Brien, who wrote the introduction, drew parallels between the document and Kennan’s “Long Telegram,” claiming that the US faces a global contender in 2000 just as it did in 2020. And, thus, the Cold War rhetoric reached a peak.

Experts in international relations were preoccupied already during the campaign with the question of what changes were expected in the US’s China policy in the case the Democrats won. The Democratic candidate, Joe Biden, who finally won the election, was inaugurated on 20 January 2021, and “The Longer Telegram” appeared shortly afterwards. The author of the nearly eighty-page article explicitly aims to provide a key strategy document to the new Democratic leadership and an in-depth analysis of China’s political system and strategic thinking—just as Kennan did in his “Long Telegram” about the USSR. The “telegram” basically agrees with the Trump administration’s intentions to contain China but finds its tools flawed and ill-considered. According to it, the biggest problem is that the US leadership is not sufficiently aware of the weaknesses of the Chinese domestic policy. Knowing these, the article argues, a much more effective China policy could be developed.

Already in the last year of Trump’s presidency, it was stated that the main “enemy” was not China itself, or the Chinese people, but the Chinese Communist Party (CCP). “The Longer Telegram” adds, however, that the US leadership must factor in the CCP in the long run, as the latter learns effectively from the mistakes made by the Soviet Union and adapts to the new challenges. Therefore, the article says that, although it would be very welcome, no substantial change in the Chinese political system is expected in the near future. However, the author also adds that the main reason for the deterioration in the US–China relations is not the CCP but its chairman, President Xi Jinping, and the political circle related to him. Accordingly, one of the novelties in “The Longer Telegram” compared to the Trump administration’s China policy is that it makes Xi Jinping and his immediate political circle the main “enemy” instead of the CCP. The document argues that the Chinese politician is fuelled by personal ambition, concentrates power, strengthens the personality cult in domestic politics, and expands its power and ideology in foreign policy. The article also claims, though, that the CCP is far from being uniform, the support for Xi is not evident, and the resulting domestic political weakness must be exploited by the US. However, the author does not elaborate on how this can be achieved at the level of practical strategy. Moreover, elsewhere, the piece even warns against intervening in China’s domestic politics, as this would justify the CCP’s propaganda about the threat to national sovereignty.

After presenting China’s internal weaknesses, the author formulates the most significant national security issues for the US, some of which can even propel the country to undertake military conflict (these issues comprise the use of nuclear, chemical, or biological weapons against the United States or its allies, a military or a serious cyberattack against Taiwan, the violation of Japanese sovereignty, a hostile action in the South China Sea, or a military attack on the US or its allies). These represent the “red lines,” the violation of which would lead to military retaliation. Besides, there are areas of strategic competition (e.g., normalising relations with Russia, preserving the US dollar’s role in global foreign exchange reserves, preventing Chinese acquisitions in critical technology areas) as well as matters requiring strategic cooperation between the two states in the future (nuclear arms control, renewable energy, pandemics).

Another element of the proposed strategy is the need to pay more attention to the interests of the US’s allies. Although the Trump administration also envisioned stronger cooperation with them to contain China, this intention did not materialise. One of the main reasons for this is that China is the most important or one of the most important trading and investment partners of these allies. On the other hand, it did not increase the enthusiasm of these states either that, due to Trump’s protectionist economic policy, they were also treated by the US as competitors. The author of “The Longer Telegram” would, therefore, make these allies politically and economically interested in working together against China. For this, instead of protectionist economic policies, the author proposes free trade and investment agreements (such as the Trans-Pacific Partnership, which was supported by the Obama administration and, later, ignored by the Trump administration), adding that these can go only to the extent where US economic interests are not hurt. The author concludes in the spirit of Cold War rhetoric, envisioning an ideological war between the US and China.

Although President Xi’s negative role is central to the article’s criticism, its author does not make a concrete proposal for neutralising his personality, and it is unlikely that this new element will be meaningful to the Biden administration’s China strategy. A more sensible change is expected, however, in the US’s economic policy. During his presidency, Trump set reducing the trade deficit with China as his primary goal, but he did not achieve real success in this through the trade war started in 2018. The new Democratic government is expected to place more emphasis on cementing its alliances by free trade and multilateral agreements, as it is also suggested by the article. It is likely, for example, that the US will resume negotiations to join the Comprehensive and Progressive Agreement for Trans-Pacific Partnership (CPTPP) after leaving the negotiating table in 2017. However, while the US was in a leading position in negotiations on economic and trade integration processes in the South East Asian region back then, its room for manoeuver has significantly become limited since the CPTPP was signed in 2018 and the Regional Comprehensive Economic Partnership was concluded in autumn 2020. The success of future negotiations will also largely depend on whether the US keeps seeking to maximise its economic interests or it is willing to make concessions for political relations. However, a complete break with Trump’s trade policy is not expected: at the beginning of his campaign and immediately after his election, Biden made clear that he had no plans to abolish tariffs on Chinese goods nor to repeal the Phase One agreement signed in January 2020 to end the trade war.

In military terms, a more confrontational attitude towards China is expected, and, if the “red lines” mentioned in “The Longer Telegram” were crossed, the escalation of a military conflict would also be imaginable. In international politics, it is conceivable that the US, as proposed in “The Longer Telegram,” will take steps to normalise its relations with Russia to weaken Sino-Russian relationship, but its success is highly questionable. In addition, one of the priority areas of the US–China competition will remain Europe. The US is also expected to take steps to restore its leadership in international organisations, in contrast to the Trump administration, which responded to China’s growing role by withdrawing from these (as it happened in the case of the WTO). Finally, on issues that require global cooperation (e.g., dealing with climate change or the pandemic), Biden’s government is expected to seek cooperation with China—however, the number of these areas is quite limited.

Although “The Longer Telegram” speaks of a new strategy, no substantive change is expected from the Biden administration in most of the issues concerning China. It appears there is a two-party consensus that, despite China’s integration into the world economic system and international institutions, no change in China’s current political system is forecast in the foreseeable future. China is still considered as a strategic competitor that poses a threat to US leadership in virtually every area of global political and economic life, just as it was formulated in the 2017 National Security Strategy. In an interview with CBS in early February, Joe Biden said that “extreme competition” between the two states was to be expected. Thus, it seems that we cannot anticipate a substantial improvement in the deteriorated US–China relations under the Biden administration, either, and the development of global politics and economy will be greatly influenced by the fierce competition between the two superpowers.

The opening pic is by AL hutluht/Shutterstock 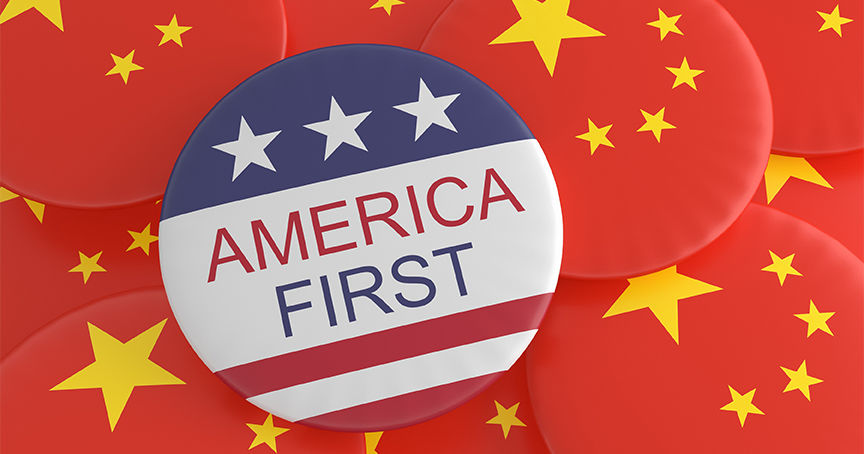