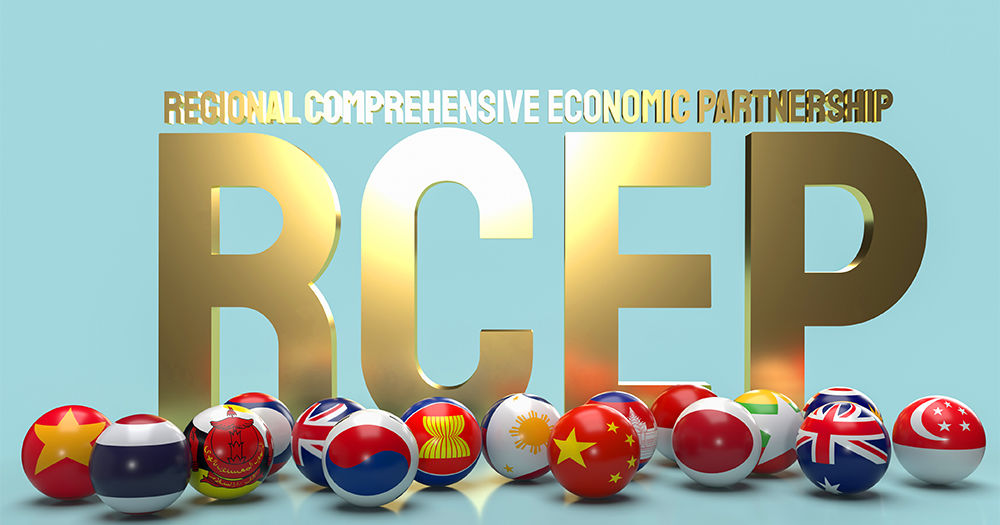 The Road to Asia's Century?

The Importance of the Regional Comprehensive Economic Partnership

For most of the year 2020, headlines were dominated by the coronavirus pandemic and, later, the US presidential elections. Then, in November, a few shorter articles were published on a recently signed East Asian economic cooperation. However, their modest tone has hardly reflected that signing the agreement could be one of the defining moments of the 21st century. Therefore, this article revolves around the main goals of this agreement, the Regional Comprehensive Economic Partnership, signed on 15 November. It also reveals how this relates to the region’s other decisive free trade agreement, the Comprehensive and Progressive Agreement for Trans-Pacific Partnership (CPTPP), signed in 2018. Finally, it examines the global economic and political significance the two agreements will have in the future.

In November 2020, in the wake of the coronavirus pandemic, the ASEAN member states held their annual (and this time virtual) summit in Vietnam. As part of this, on 15 November, the ten member countries, as well as Japan, China, South Korea, Australia, and New Zealand, have signed the Regional Comprehensive Economic Partnership (RCEP), which aims to promote trade and economic integration between the participating states. In the agreement, the member states undertook to reduce more than 90% of their tariffs on imports within twenty years. If implemented, this could be the largest free trade bloc in history, outdoing the United States–Mexico–Canada Agreement—the successor to the North American Free Trade Agreement—and the European Union.

The main objective of the agreement is to expand regional trade and investment and to promote an open, inclusive, and rules-based multilateral trading system. The population of the member states accounts for about 30% of the world’s population, and their gross domestic product comes to over 30% of the global GDP. The comprehensive agreement covers many areas of trade and investment: rules of origin, the harmonisation of customs rules as well as health and other standards, commercial remedies, the regulation of trade-related services, the issue of intellectual property rights, etc. The agreement puts great emphasis on the issue of e-commerce, the growing role of micro, small, and medium-sized enterprises, and the deepening of regional value chains. It emphasises the principle of mutual benefit, which includes considering the participating states’ different economic opportunities and levels of development while providing adequate flexibility for the less developed countries (e.g., Cambodia or Laos).

The negotiation process of the trade agreement began in 2012, during the ASEAN summit held in Cambodia that year. India was also an active participant in the early years but withdrew from the negotiations at the end of 2019. The main reason for this was that the Indian government feared the negative impact of Chinese processed products and Australian and New Zealand agricultural products on the country’s economy. In addition, the reintensification of the India–China border dispute last year and, thus, the straining political relations also contributed to India’s withdrawal. India’s absence from the agreement was a disappointment to the other states, and the final declaration of the agreement emphasises that the country, unlike other aspiring states, can accede to the agreement at any time with immediate effect.

Although the conclusion of RCEP is largely due to the ASEAN countries’ commitment to the region’s economic integration, it was equally important that, in the first years of the negotiations, there were parallel talks led by the US on another free trade agreement, the Trans-Pacific Partnership (TPP). As China was excluded from the TPP negotiations, the Chinese government was particularly active in establishing RCEP. The idea of a TPP agreement was embraced and actively supported by the first Obama administration, as it was intended to play a key role in its Pivot to Asia foreign policy strategy focussing on East Asia and seeking to contain China’s regional expansion. 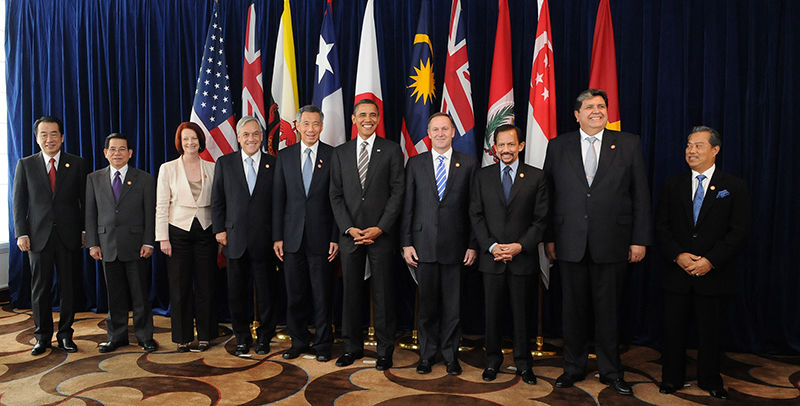 According to the American vision, the TPP should have been a free trade agreement excluding China, but, after Donald Trump was elected president in 2016, the US withdrew from the negotiations. The remaining participants—Japan, Canada, Chile, Peru, Mexico, Vietnam, Singapore, Brunei, Malaysia, Australia, and New Zealand—finalised the negotiations under the name Comprehensive and Progressive Agreement for Trans-Pacific Partnership (CPTPP), omitting several elements previously on the agenda, mostly beneficial to the US. With the absence of the US, Japan has become the economically most dominant member of the CPTPP. In the meantime, negotiations on RCEP continued, and, two years later, another large-scale trade agreement was reached in the region. There is a significant overlap between the member states of the two free trade agreements, as seven of the RCEP’s fifteen members  are also members of the CPTPP. The most significant difference is China’s participation in RCEP.

Experts point out that RCEP is less comprehensive than the CPTPP (they mostly miss environmental and labour law issues), but one must consider that the former involves cooperation between member states with enormous differences both in size and economic development: it has China with the world’s second-largest economy and a population of nearly 1.4 billion but also a tiny Brunei with its about 459 thousand people. The size of the market covered by RCEP is about five times bigger than that of the CPTPP, and the value of its annual trade is double. It is estimated that RCEP could annually increase world revenue by USD 209 billion and world trade volume by USD 500 billion by 2030. From a political point of view, it is also a very important step that RCEP is the first free trade agreement to have China, Japan, and South Korea among its members, albeit the ups and downs in their relations in recent decades. RCEP, which is currently dominated by China, together with the today Japan-dominated CPTPP, will play a key role in deepening the economic integration of East and South East Asia that is considered to be the economic centre of the 21st century.

A deeper integration of the region, realised under US leadership, was previously a central aim of the US government, too. However, by withdrawing from the TTP talks in 2017, the US has put itself at a serious disadvantage. There is a chance with the newly elected Democrat leadership that the US will join the CPTPP, but, even so, the conditions for accession will be in place and the US will have much limited room for manoeuvre.

The fact that the RCEP was signed at the end of 2020, a year of economic recession due to the coronavirus, reveals a lot about the geopolitical situation in the East Asian region, as well as the attitude of the states there. During the Trump administration, by emphasising the economic and political threat posed by China and, later, with growing cold war rhetoric, the US’s leadership made great efforts to push the states in the region to choose between the US and China. However, this policy has apparently failed: even the most important US allies in the region (Japan, South Korea, Australia) have voted in favour of the integration process involving China, fully aware of the country’s economic dominance. They did so at a time when leading Western countries, struggling with disintegration processes (e.g., Brexit) or turning toward protectionism (like the US), were unable to find an effective solution to the negative economic effects of the pandemic. In contrast, the RCEP and CPTPP agreements reflect the Asian country’s commitment to multilateralism and globalisation.

The opening pic is by Niphon Subsri/Shutterstock