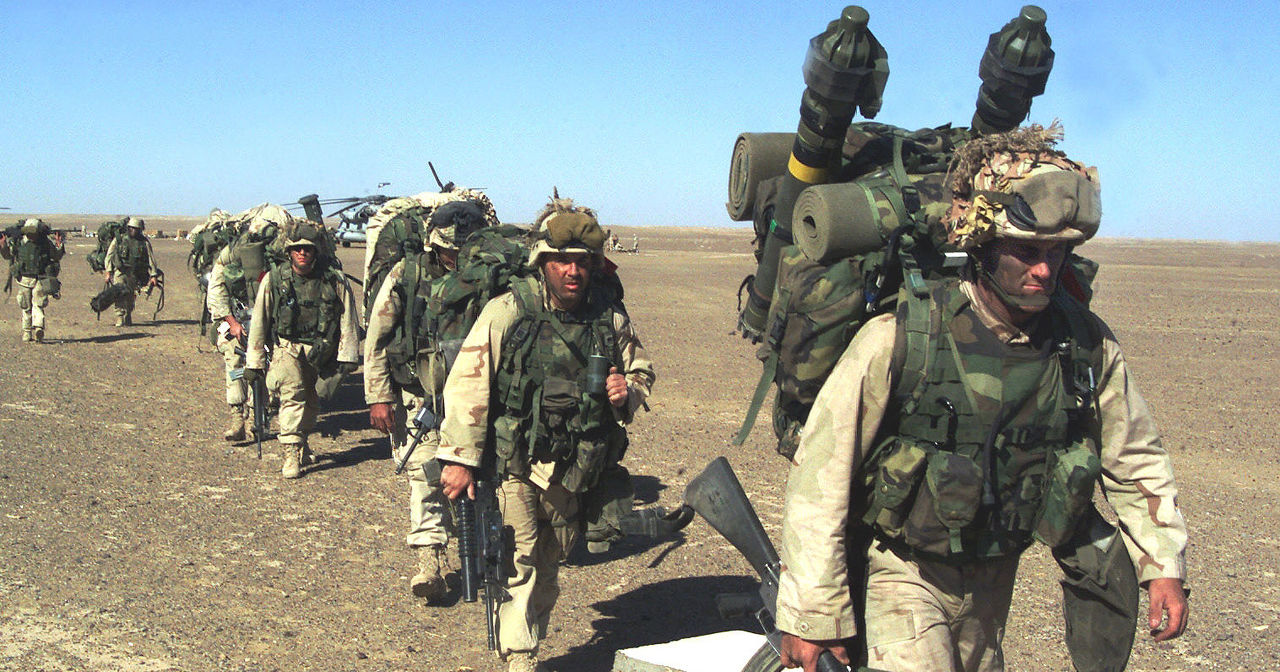 The small states of the Gulf and the "Afghan peace process"

The “Afghan peace process” is a complicated, multi-player phenomenon full of contradictions. The expression which has been applied in the Western news media is clearly a euphemism for the events, as the military conflict between the NATO allies and the Taliban movement has not subsided at all. However, the gradual reclamation of Afghan territories by the movement has become a sensitive issue for the US, and therefore, they would prefer to cut their losses in a war which has been going on for 18 years and withdraw their combat units from the Central Asian country as soon as possible. The Gulf states of Qatar and the United Arab Emirates have acted as mediators in this process. They do not have direct interest in the conclusion of the Afghan war, but their participation is beneficial for the improvement of their trans-Atlantic relations. Their rivalry for being the main broker of the Afghan peace has gained new momentum during the political blockade and trade embargo against Qatar, which was put in place by the United Arab Emirates, amongst other countries. 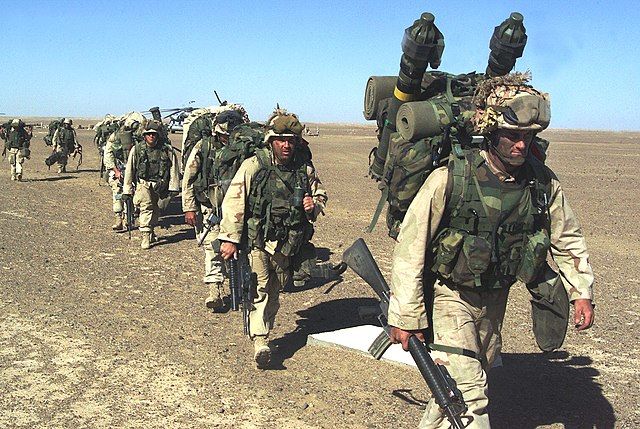 The Afghan government and the NATO allied forces have been waging war against the Taliban movement (self-described as the Islamic Emirate of Afghanistan) since 2001. According to the most recent available data, the government and its allies control no more than 50% of the country’s territory. However, according the Taliban movement, they control as much as 70% of Afghan territories. The fact is that news announcements regularly report the gradual reclamation of territories by the Taliban and the weakness of the Afghan regular army. The Afghan political leadership is deeply divided, the country is ruled by a fragile and weak coalition. On the other hand, the strategy of Western countries also lacks unity. While NATO has pledged to gradually raise its expenditure allocated to the Afghan mission by 2024, Donald Trump decided on the unilateral withdrawal of half of the US combat forces very soon, and a full withdrawal of forces in the next few years. Although the immediate withdrawal of foreign troops from Afghanistan has been the main condition posed by the Taliban during the peace talks, a fast withdrawal would have unforeseen consequences for the stability of the politically weak country. The Afghan domestic political developments and the anticipated weakening of the foreign military mission inspire no optimism regarding the outcome of the peace process. 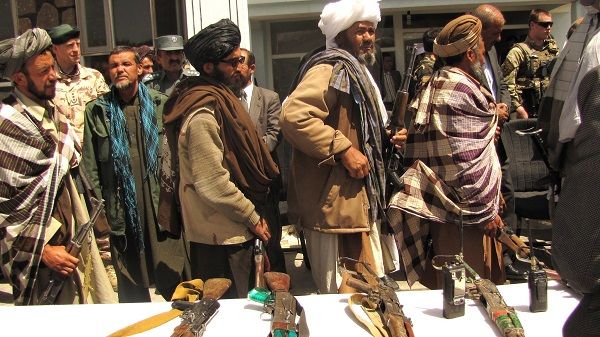 The so-called Afghan peace process negotiations have been scrupulously followed by Middle Eastern and Western news outlets since September 2018. The American administration named Zalmay Khalilzad Special Representative for Afghanistan Reconciliation at the Department of State, with the task of bringing the Afghan government, the Taliban movement, and all parties willing to contribute to the process to the negotiating table. Within this circle, the most important players are the US, the Afghan government, and the Taliban movement as warring parties, and Pakistan (as the country most directly affected by the regional instability) and the Gulf monarchies as mediators. Iran, the other country affected by the regional instability, has reportedly led its own peace negotiation process with both the Afghan government and the Taliban. However, the peace process and the Gulf monarchies as mediators are nothing new. According to information found in leaked official documents, in 2012, Qatar and the United Arab Emirates lobbied intensively to become the country which might host the Afghan peace process (as well as the one and only foreign diplomatic mission of the Taliban movement). As the United Arab Emirates had posed strict conditions for the Taliban movement, while Qatar did not pose any, it was decided quite easily that the Taliban would establish its diplomatic mission in Doha in 2013. This development, however, did not mean the end of the Emirates’ role in the peace process. 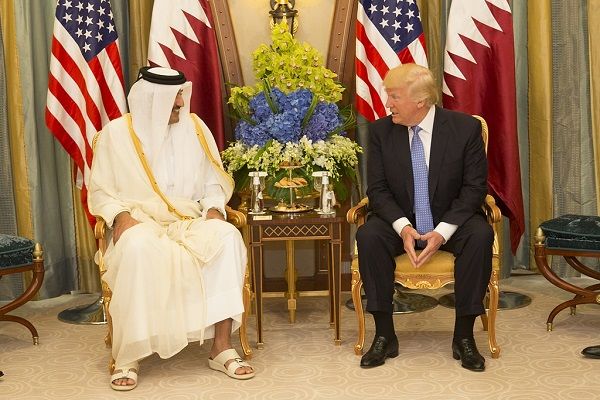 In 2017, there was a significant change in the geopolitical environment of the Gulf region. Qatar, which has been the home of one of the most important military bases of the US in the Middle East, has moved closer to the Iranian sphere of influence, and the other Arab Gulf monarchies took advantage of Qatar’s reorientation. A coalition consisting of the United Arab Emirates, Saudi Arabia, Bahrain, and Egypt (“the quartet”, which consists of the main political and military allies of the US) was formed, which initiated a political and economic blockade against Qatar (and Iran). Pakistan, which for a long time has played a double role (a US ally and safe haven of terrorist movements), considers Saudi Arabia and the other members of the quartet its most significant trade partners, and therefore, in the most recent chapter of the peace process, it participated actively on the side of the quartet. Not so surprisingly, the United Arab Emirates appeared as a venue for the peace talks sponsored by Pakistan in late 2018. At the same time, despite the blockade against Qatar, the US did not abandon its smallest Gulf ally. Zalmay Khalilzad stated at the beginning of 2019 that, after serious efforts, the peace talks between the US and Taliban representatives in Doha had reached a breakthrough. Although the United Arab Emirates seemed to gain momentum by late 2018, it seems that it is once again lagging behind Qatar in 2019.

What we can see as the result of the competition outlined above is that the Afghan peace process became a central issue in the rivalry between the quartet (Saudi Arabia, United Arab Emirates, Bahrain and Egypt) and the blockaded Qatar and its allies (Iran and Turkey). While the Taliban evidently consider Qatar to be the headquarters of their diplomatic mission and centre for the peace talks, the United Arab Emirates and Saudi Arabia have most probably made serious efforts to make the US recognize them as venues for the Afghan negotiations. Qatar’s role might be downgraded if the US commits itself to the quartet, or its role might be upgraded if the Iranian regime has successful negotiations with either the Afghan regime or the Taliban movement. At the moment, two coalitions of countries are competing for reaching a breakthrough in the Afghan peace process, with the epicentres of this race being Qatar and the United Arab Emirates.

News announcements have not reported whether the governments of Qatar or the United Arab Emirates are playing an active role in the negotiations. This is highly unlikely, as they are not directly involved in the events in Afghanistan. It will be interesting to see, however, how the anticipated Afghan unity government, involving the representatives of the Taliban movement, would reward the efforts made in Qatar and in the United Arab Emirates. The winner of the present competition in the Gulf would become the main trading partner of Afghanistan, a prospective developing country of 35 million people. It is not irrelevant at all whether it is going to be Qatar and its allies or the quartet who reach a breakthrough in the ongoing peace process.