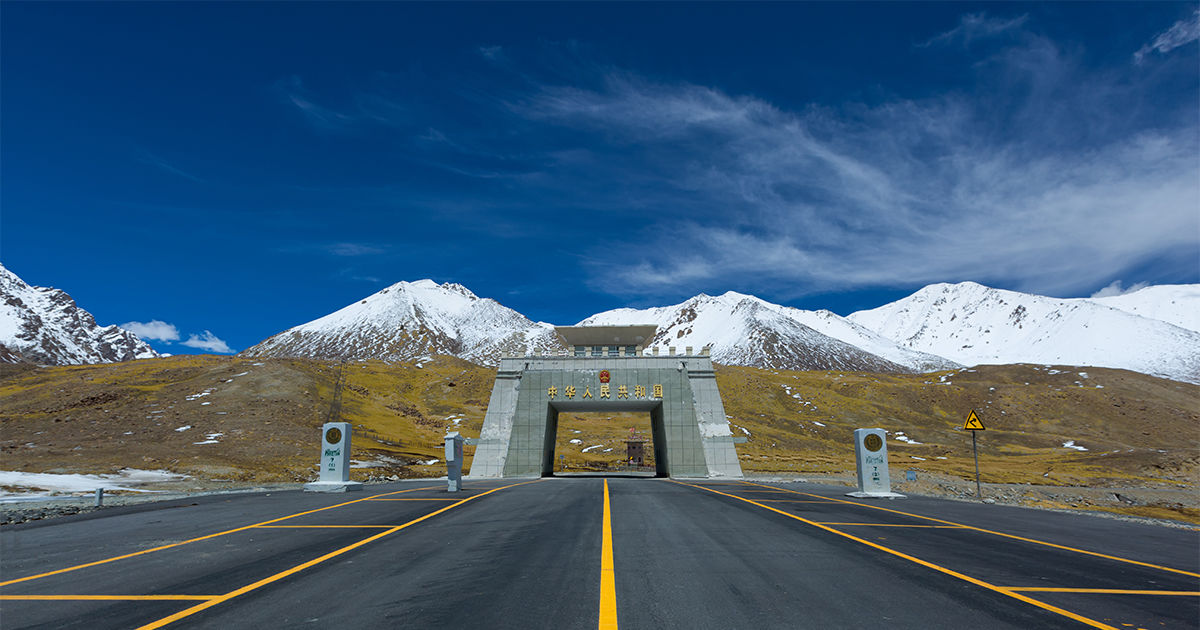 The stabilizing role of the Belt and Road Initiative in Eurasia

The Chinese Belt and Road Initiative’s indirect effect of aiding Eurasian stability and peace stems from the creation of advanced and effective land transportation networks alongside the currently dominant maritime routes. Securing transportation infrastructure has only two methods: state building and direct troop deployment in cooperation with the host country. China has to solve this dilemma if it wishes to realise the Belt and Road Initiative in a sustainable way.

Never in the history of mankind were we living in such a peaceful and secure era than in the first two decades of the 21st century. The rate of violent death is showing a trend of a constant reduction. While the prehistoric man has a 10-20% chance, depending on culture, to die by the hand of another human being, this ratio was reduced to 2-5% in medieval times, currently standing at a few per mills. It is difficult to present these scientific facts to the public when we hear about the violent events occurring in the Middle East or when we try to contemplate the global world order in the future, considering the unforeseeable power structure of the international scene. The inner lands and south-western region of Eurasia are suffering from internal or internationalised internal conflicts stemming from environmental, economic and societal challenges, which provoke most of the armed conflicts in the world. The root of the problem is also the key to its solution. 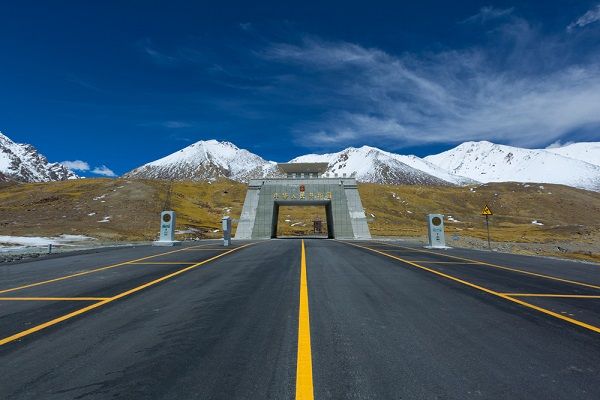 The Pakistan-China border crossing over the Khunjerab Pass
Source: Shutterstock

Based on the laws of geopolitics, those regions suffer the most from conflicts which serve as ‘geopolitical frontiers’ due to their particular geographic location. The ‘curse’ of a location may also be a blessing, nothing proves this more than those prosperous countries which rose alongside the historic Silk Road, utilising transcontinental trade. The Middle East and Central Asia, constituting the heart of the Eurasian supercontinent, experienced, alongside the ‘blessing’ presented by trade, the ‘curse’ as well, taking into consideration the Hellenic, Muslim, Western imperialist or Soviet conquests. The greatest challenge of the future and the Belt and Road Initiative is whether the latter undertaking to integrate these economic regions can deepen their security. The initiative is doomed to fail if the countries located in the heart of Eurasia will not be able to join globalisation in a sustainable manner.

According to international relations theory, growing economic interdependence between states bases their relationship on new grounds. The Belt and Road Initiative, through its infrastructural network spanning Eurasia strengthens this particular interdependency on a multi- and bilateral level, and in ideal situations, in each state as well. The challenge arises from the fact that Eurasia never existed as a singular economic space. The historic Silk Road provided land-based interconnectivity between the production base in the Far East and European consumers, but trade meant primarily the flow of luxury goods from the East to the West, in return precious metal made its way to China, as the Middle Kingdom did not need European goods. The advantage of the Belt and Road, expanding the geographic notion of the Silk Road, is that it truly creates a network between the two edges of Eurasia. 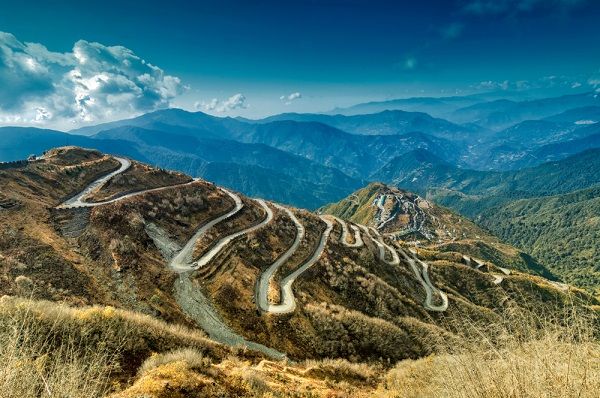 Curvy roads on the historic Silk Road between China and India
Source: Shutterstock

The nature of the two edges is key, as the European Union, considering it as a singular economic unit surpasses even the United States in terms of its GDP, albeit its growth slowed down after the economic crisis. On the other side, the rich and emerging powers of East and Southeast Asia will serve as the economic engines of the future. Although another political and economic entity resembling the European Union does not exist on the globe, the People’s Republic of China, Japan and the Republic of Korea constitute a highly interdependent economic unit, limiting political tensions between them, albeit the economic relations can also become victim of the these political conflicts. Naturally, robust trade relations exist currently between the two edges of Eurasia, but the stabilizing effect of the Belt and Road Initiative stems from creating effective land based connectivity networks alongside the dominant maritime routes. The new and the more effective trade routes will not only present great economic opportunities to European and Far-Eastern states, but also to the landlocked countries located in the interior of Eurasia.

Chinese consumption is growing even faster than the GDP, annually at a rate between 8-10%, which projects that Chinese demand would first reach European and American levels, then surpass them. This would open opportunities for conflict ridden regions in Eurasia, which could guarantee the solution of societal tensions through economic interdependence and prosperity. Infrastructural connectivity is only the first step towards greater economic wealth. Stability alongside transportation routes depends on the well-being of the local population, which presumes that countries and inhabitants along the Belt and Road Initiative can join the trade of goods and services. Even though globalization has not left Central Asia and the Middle East unaffected, large portions of the societies did not benefit from this process. Through the channels of mass communication, these populations gradually became aware of the unimaginably high-living standards populations of Europe and the Far East largely enjoy. On the other hand, negative effects of globalization, such as extremist ideologies, arms and drug smuggling and, in the eyes of these conservative societies, often upsetting cultural products, enter easily the life of the poor and fragile countries.

The dual nature of globalization provides the context for relations promoted by the Chinese government through the Belt and Road Initiative based on mutual benefits or, in other terms, win-win relations. At first glance, this idea for Western audience, which we might know from game theory (as non-zero sum game), might seem strange. If analysed from another point of view, as in avoiding exploitation of the partners, we might grasp the security aspect better. In the age of European imperialism in Africa, a key element of exploitation was the building of transportation networks, which only served the resource extraction aims of the colonial power. The African states wanted to oppose this relationship as it did not serve their populations. The Belt and Road Initiative has to avoid such a situation, it can only be successful if the involved communities will not perceive the realisation of the investments as a dictate. If these conditions are not fulfilled, the Chinese and international investors both lose, illustrating the nature of mutually-beneficial relations.

Discontent populations in Eurasia can indeed block the deepening of economic integration. In the 21st century, qualities of states and armed non-state actors are becoming ever more different. State’s military budgets are focusing on maintaining small, professional, technologically intensive armed forces, but poor non-state actors can still utilise traditional military and guerrilla-warfare strategies. This gap is well-portrayed by the Far-Eastern arms race, where emphasis is on acquiring submarines, carriers and destroyers, advanced missile defence systems, but most killings are committed still by arms which are on the technological level of the early Cold War era. This difference means that, in naval and aerial warfare and in long range power projection, developed states have a serious advantage, but on land, failed states and militant non-state actors operating in them present a significant challenge. Regions without strong state monopoly on violence – such as the battlespace in Syria-Iraq or tribal regions in Afghanistan and Pakistan – are all victims of these armed groups, which are able to hold millions of people as hostages with small arms. From the perspective of the Belt and Road Initiative, these groups present great challenges, since, unlike for maritime routes, which can be secured through advanced weapons systems, on land, guerrilla forces have relative advantage, as they are able to easily disrupt transportation networks with their small arms. According to the laws of the market, a transportation route, which often becomes a target of armed attacks, forces the market’s actors to find alternative routes for their goods. In the end, the population of instable regions have to bear most damage, if the interior of Eurasia will still not be able to reap the benefits of the intensifying global trade, and as such it is on the losing side of globalization, it would become its obstacle in the end. 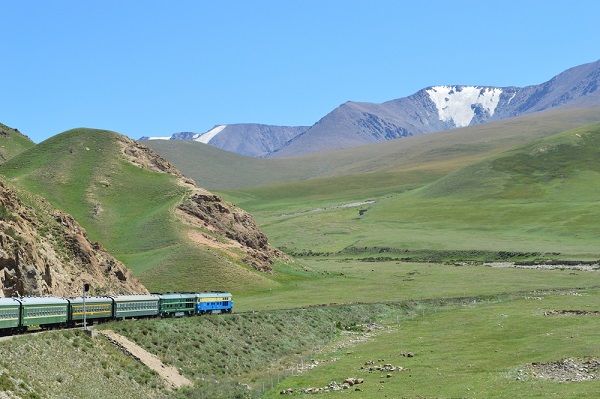 Securing transportation infrastructure has only two methods: state building and direct troop deployment in cooperation with the host country. In Pakistan, China aims to secure the China-Pakistan Economic Corridor through direct military deployment. This corridor is of primary importance for China, as it serves to bring Inner Chinese goods to the world market in an economical manner. The region alongside the corridor is the most dangerous one, apart from Afghanistan, as it passes through tribal territories, which are under nominal state control. For this reason, China aims to secure the transportation route together with the Pakistani government and armed forces, which cannot be a sustainable model for the Belt and Road Initiative. The Pakistani armed forces, apart from not having significant governmental control over large swaths of the country, is numerous and strong, as the tensions with India since 1947 forces it to be. Even though China has a local partner to guarantee the security of the route in this country, the infrastructural investments would only repay their price through decades of stable usage. However, we cannot take stability in Pakistan as granted. Military threats posed to transportation routes would only truly disappear along the Belt and Road Initiative if the partaking countries are able to utilise successful globalizing economic trends to create strong states. None of the countries have sufficient military prowess to secure the instable regions of Eurasia and negate security risks along transportation routes through peacekeeping missions. Unlike maritime transportation where a few well-placed naval bases can secure a route (because of the technology-intensive nature of the potential battlespace), on land, this would be impossible.

The advantage of the envisioned high speed railways is that they would not stop unnecessarily at intermediary locations. This way, point-based development occurs, from which only a handful of major cities and industrial centres benefit. The key question of the coming decades is how supply chain networks can create value, so that large sectors of the societies can reap their advantages. This challenge is not limited to instable regions, but, while in Western Europe and more and more in the Far East, we can envision taxation systems which guarantee some income to underemployed sections of the societies, in Central Asia, this possibility is currently unimaginable. All of the above is not claiming that the Belt and Road Initiative will not solve alone all of the problems of fragile states of Eurasia. The economic opportunities and institutional development stemming from the initiative’s implementation, coupled with the knowledge transfer of significant Chinese experience in state building through training governmental officials of partner countries, can all support vulnerable states to become winners of globalization, fostering peace and stability home and abroad.