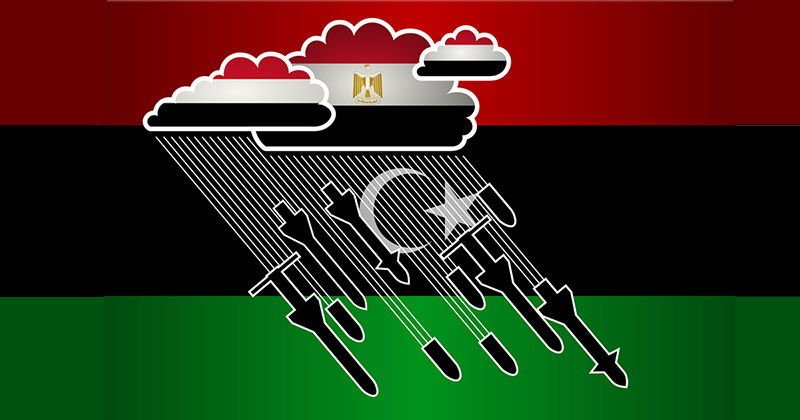 The Storm That Never Came

Will There Be an Egyptian Military Intervention in Libya?

“Libya’s Sirte and Al-Jufra are considered the red line for Egyptian national security,” said Abdel-Fattah El-Sisi on June 2020, while he was visiting the biggest military airbase in West Egypt. The words of Egypt’s president, just like the measures by the country’s government, suggested that military intervention was only a matter of days. However, months have passed, and Egyptian troops still did not cross the more than 1,000-kilometre Egyptian–Libyan border. Why was the military attack postponed? What kind of interest Egypt has in the neighbouring country at all? Does the cancellation of the attack suggest that Cairo has resigned himself to the chaotic Libyan situation? Or, on the contrary: Does Egypt want to save time?

It provoked harsh reactions inside and outside Egypt when the country’s parliament approved military deployment to Libya. At the end of July, the members of the parliament unanimously accepted that the national security interest should be defended on the “strategic western front against the work of armed criminal militias and foreign terrorist elements.” Under the word “militias” they mean the armed forces of the Government of National Accord (GNA) that has international recognition even by the US, the EU, and the UN. Thanks to the increasingly intensive Turkish military support and the growing presence of Syrian militants in Libya since the beginning of 2020, the Tripoli-based government forced Khalifa Haftar’s Libyan National Army (LNA) to retreat. In May, the spectacular collapse of the field marshal’s siege of Tripoli—which lasted fourteen months—gave serious cause for concern to the army’s foreign supporters. They grew anxious mainly because the forces of the GNA were halfway between Benghazi—where the second Libyan civil war started in May 2014—and Tripoli. Therefore, the capture of the coastline city Sirte and the al-Jufra airbase was imminent, which alarmed the allies of Haftar and the house of representatives in the East Libyan city, Tobruk. 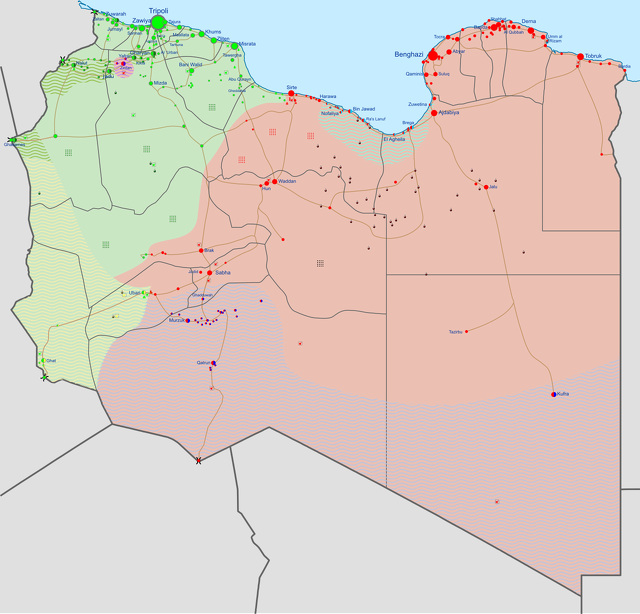 These events made Egypt’s leaders nervous: besides that Ankara—Cairo’s biggest regional rival—has played a more intensive role in the Second Libyan Civil War since January 2020, the integrity of the LNA and Haftar’s former stable position also wobbled. His possible failure would mean that the influence of Tobruk’s Arab (Egypt, United Arab Emirates, and Saudi Arabia) and international (France and Russia) supporters will reduce and, in the end, could cease.

If that happens, Egypt’s important security, geopolitical, and economic interests can get into danger. After the siege of Tripoli had collapsed, the diplomatic solution itself seemed insufficient, so the “military option” became more attractive to Egypt’s leaders. In fact, the idea of military intervention in Libya is nothing new to Egypt’s history. In 2014, the Egyptian air force, helped by the Emirates, carried out air strikes against the militias in Tripoli. Even earlier, in 1977, Muammar al-Gaddhafi’s Libya and Anvar Sadat’s Egypt fought a short but intensive border war.

During the summer of 2020, Egypt mobilised its forces, and the number of soldiers drastically increased along the Egyptian–Libyan border. Cairo’s diplomatic corps communicated through many channels that the country had prepared for giving a hard answer to the Libyan question. On 14 July, the house of representatives officially asked Cairo “to intervene to protect the national security of Libya and Egypt.” A few days later, a conference was organised in the capital of Egypt, where Haftar’s ally tribesmen participated and asked Fattah al-Sisi to intervene in Libya. Meanwhile, war rhetoric also appeared and spread in Egypt’s society. Slogans such as “Egypt and Libya, one people, one fate,” circulated in media. So it is not surprising that many people thought that the Hasm (Firmness) military exercise was a prelude to war.

However, the attack order has not yet been given. What could be the reason behind this? Before answering the question, it is important to write a few sentences about the importance of Sirte and al-Jufra. Why does the Egyptian leadership think that capturing these settlements is a “red line”? First of all, Sirte is halfway between Benghazi and Tripoli, which means the town is a great bridgehead for every faction. In addition, controlling Sirte means having a significant influence on Libya’s coastal shipping and the country’s maritime transport. The place’s historical importance should not be neglected either: Gaddafi, who ruled Libya for more than forty years, was born near Sirte and raised in the town. Sirte also has a symbolic meaning for Egypt: the Libyan branch of the Islamic State of Iraq and the Levant kidnapped twenty-one Coptic Christians here and, later, in 2015, beheaded them. This act not only provoked an uproar but also deeds in Egypt, as Cairo sent its air force to bomb the terrorist groups while Fattah al-Sisi took an active part in organising another international campaign in the South Mediterranean.

The other place, Al-Jufra, also plays a key role in Haftar’s and Sisi’s strategy alike. Here lies the country’s biggest airbase, from which not just the whole of Libya but Egypt can also be reached. It means that the airbase, captured by the LNA in 2017, is one of the most important supply bases in Libya, for a part of arms purchases from Egypt arrives there. The mercenaries from Chad and Sudan also land and get military training there. If the American intelligence is correct, there are at least fourteen MiG-29 jet fighters and Su-24 interdictors in Al-Jufra, which are flown by members of the infamous Russian Wagner Group. So the airfield’s strategic importance is beyond question; however, its economic significance should not be forgotten either.

After al-Jufra starts the so-called Libyan “Oil Crescent.” In 2016, Haftar took control of the regional energy infrastructure, so he could easily finance the Egyptian, Emirati, and Russian weapons and foreign mercenaries from the oil export. Endangered oil production in the Oil Crescent could severely hit not only the LNA but also Egypt’s economy, as the country’s energy companies have for years been planning to return to Libya and win new concessions. Furthermore, some Egyptian companies seek opportunities in Libya’s reconstruction. Last but not least, there are a lot of Egyptian workers employed in the Libyan energy sector. According to some official estimates, there are still one million Egyptians working in Libya at present, and, even in the last few months, the militias allied with the Tripoli-based government released some of their Egyptian captives on many occasions. 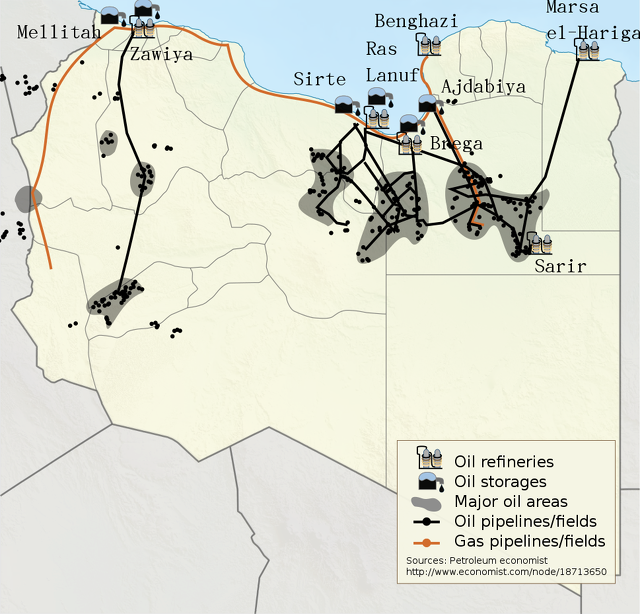 Despite these “hard” interest, the Egyptian army is yet to cross the Egypt–Libya border. Cairo’s retreat comes from political and geopolitical factors. For one thing, after many failed Arab (Algerian, Egyptian, and Tunisian) conciliation and meditation attempts, it seems that Morocco has broken the ice in recent weeks. Between 6 and 10 September, with the blessing of the king, the Moroccan government hosted the “Libyan Dialogue” conference in Bouznika, bringing surprising and breakthrough results. The main goal of Tripoli’s and Trobuk’s representatives was barring a “split in Libya.” They agreed on oil production and selling, unifying the GNA’s and the house of representative’s ministries, and reducing foreign influence. Whether the “Bouznika Agreement” is viable or not is still an open question; however, Cairo believes that this has been the most important political achievement for a long time—and the country’s leaders do not want to be those who destroy the peace process.

Moreover, Egypt nowadays faces a lot of challenges on and outside its borders. Its army has ongoing campaigns on the Sinai Peninsula, fights against local Islamists groups, and the region itself is still unsafe. Cairo has reduced its presence in the Saudi-led coalition, but it does not mean that the Houthis stopped fighting in Yemen. Moreover, relations between Egypt and Ethiopia are still at rock bottom because the latter has recently installed the Grand Ethiopian Renaissance Dam, which could have serious consequences for the Arab country’s economy and environment. Therefore, Egypt is still pondering military options in this case. To top it all off, there is Ankara: not just Libya but the status of the gas fields around Cyprus is also a main reason for the regional, Egyptian–Turkish “cold war.” 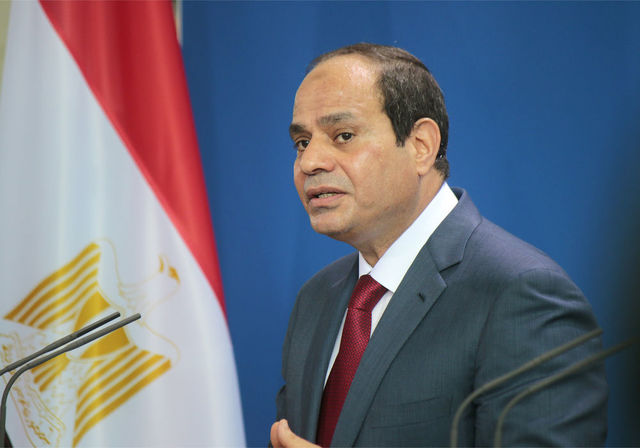 No doubt, if Cairo lost its influence over Libya, it would sully its prestige as a major failure in its foreign and security policy. However, the situation on Egypt’s other borders and tense relations with some other regional countries (e.g., Ethiopia, Turkey) has made the Egyptian leadership cautious. Now, they are following a wait-and-see strategy. This means they are watching how the frontlines are moving in Libyaé, how long the “Bouznika Agreement” will last, and what will be Haftar’s fate. So, although there has not yet been a new storm raging over the South Mediterranean, this does not mean that dark clouds have passed away.