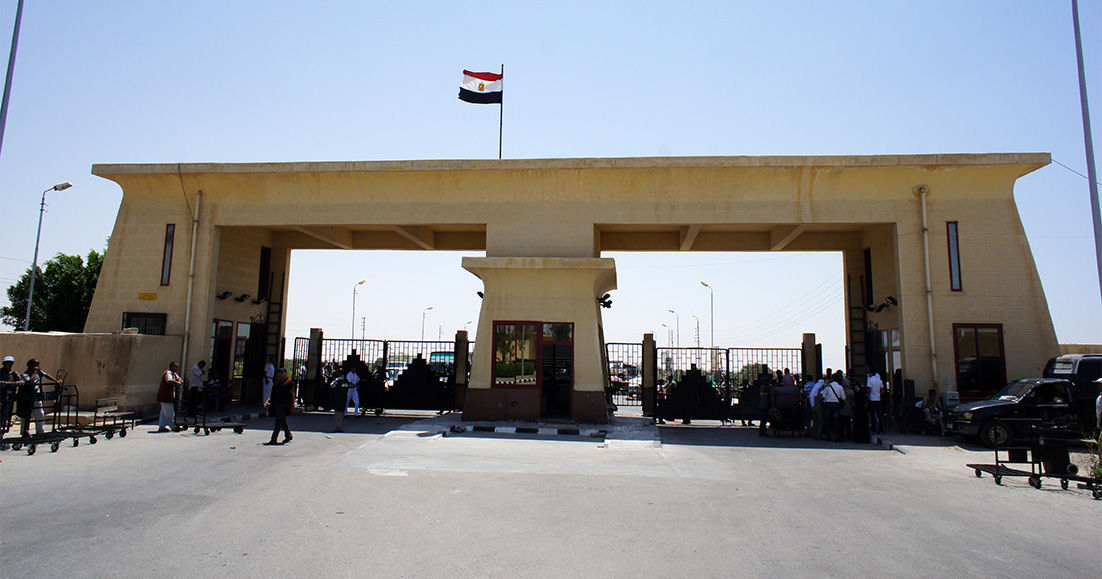 The Treacherous Road to Palestinian Unity

Months of intensive pressure on Hamas by the Palestinian Authority, Egypt, and Israel have resulted in a unity agreement between the two main Palestinian factions, PA and Hamas, ruling the West Bank and Gaza, respectively. Unity among the widely differing factions of Palestinian political groups is key to securing an internationally recognized path towards an independent Palestinian state, a process engulfed in multi-layered complexity due to the power struggle between these factions and the turmoil gripping the Middle East.

Ten years ago, the world witnessed an unprecedented event, a civil war between the two main Palestinian political and military forces, the Palestinian Authority (PA) dominated by Fatah and Hamas. The conflict, which led to Hamas’ rule in the Gaza Strip, a narrow strip of land, home to almost two million people, was cut short by a rapid retreat of the Fatah forces to the West Bank, which was geographically shielded by Israel. Since the rift, Hamas has struggled to pursue two and many times conflicting interests: it governed Gaza, tried to sustain its civilian population, while keeping to its commitment to the armed struggle against Israel and to its eventual destruction. Furthering the second goal led to numerous smaller military clashes with the Israeli Defense Forces and two limited wars; limited, as Israel did not use its vastly superior military forces to reconquer the territory.

Even though the PA and Hamas set out to form a unified government on numerous occasions, two major differences blocked these attempts. On the surface, the attitude towards Israel constitutes the most profound difference between the positions of the two organizations, as, contrary to Hamas, the Palestinian Authority committed itself to a peaceful coexistence with Israel. It has renounced violence, and in practice, its security forces also maintain an intensive security cooperation with different branches of the Israeli military and national security organisations.

In reality, the incompatibility between the two factions is rooted deeply in ideology. The PA is an “old-school” secular-nationalist political force, with its ideological background originating from the traditional Arab socialist movement of the Cold War. Hamas, on the other hand, is the Palestinian branch of the Egyptian Muslim Brotherhood, an Islamist organization. Hamas is also an organisation recognized as a terrorist group by the West. These factions are now in pursuit of the first successful and lasting unification process in order to create a Palestinian government, which will be able to achieve independence for the Palestinians. Up until now, it was actually Hamas that has backed down on all major points of disagreement.

According to the agreement signed in Cairo on 12 October, by the beginning of November, the PA will take over the supervision of the Gaza–Egypt border, which should serve as a major lifeline for the Palestinians in the strip, but for reasons of security, its main border crossing point, the Rafah Border Crossing, is usually closed by the Egyptians. However, the complete process will take much longer, and the full control of PA over both territories, the West Bank and Gaza, will depend on the most important aspect of the unification, which is the dismantling of Hamas’ armed wing, or its incorporation into the PA forces. This issue may be seen as creating a monopoly of force, a traditional and vital stepping-stone in effective state-building.

For anyone who has been following Palestinian politics for a number of years, this current rapid power shift between the PA and Hamas is staggering because of its speed. In international relations, certain factors may align at a certain point in time, in which they serve as a catalyst and produce tectonic changes in certain frozen issues. And such an alignment has just occurred in the Middle East: First of all, in the aftermath of the Arab Spring, Egypt was taken over first by the Muslim Brotherhood, which since has been banned and uprooted by the current Sisi government, suspicious towards any Muslim Brotherhood-related activity in its vicinity. Cairo favours PA rule in the Gaza strip, as it sees a secular-nationalist force on its border as a key in reigning in the violent Islamist forces, some of which are loyal to the Islamic State in the strategic Sinai Peninsula.

Such organisations, even more radical than Hamas itself, are present in the Gaza strip as well, questioning Hamas’ commitment to armed struggle and challenging its rule. Secondly, the Sunni Arab states of the Gulf turned against Qatar, which was flirting with Iran, their arch nemesis, while also supporting Hamas, a thorn not only in Egypt’s side, but also in that of the majority of the Gulf monarchies. Qatar, now isolated, is not in a position anymore to provide effective support to Hamas. Thirdly, this favourable Arab scene has motivated the PA to instruct Israel to limit its energy supplies to Gaza, effectively crushing Hamas’ ability to maintain its civilian control over the strip.

Lastly, Israel is in an era in which it is gearing up towards an eventual – and, at least from an Israeli perspective, inevitable – showdown with Iran and its regional proxies in Lebanon, Syria, and Iraq, and therefore, understandably, it favours a single-front confrontation in case the “Shiite Axis” would mobilise in the North against it. So, the country strives to dismantle a potential southern front. Hamas, supported by Iran in financial and military terms, could create an effective disruption for the Israeli army in the south. Consequently, Israel is supporting the Sunni bloc’s efforts to reign in Hamas. Israel has three interlinked major conditions for working with the new Palestinian Unity Government in the long run: Hamas should renounce violence, dismantle its military forces, and recognise Israel’s right to exist. So, the time is ripe to force Hamas to its knees and reclaim the Gaza strip, which would greatly enhance the PA’s – and personally the President of the PA Mahmoud Abbas’ – legitimacy. Such a manoeuvre is much needed before going to any kind of elections, which have been delayed for years, undermining the PA’s democratic legitimacy. 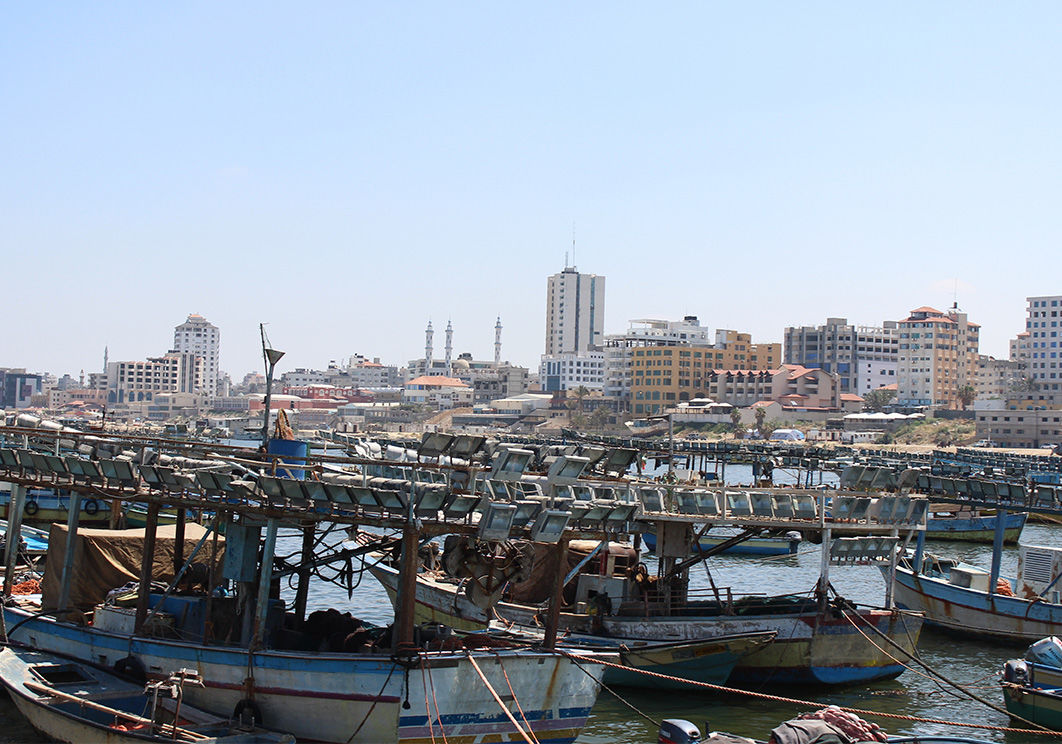 Gaza City: a view from the sea
Source: Shutterstock

It is a rule of thumb that conflicts are usually worked out when a window of opportunity emerges, where the conflicting sides can come to a compromise (which is, by definition, a solution no one is completely happy with), and turn a new page in their relations. Such a moment has arrived in the Israeli–Palestinian and intra-Palestinian conflict, with a Middle Eastern landscape in favour of a lasting solution. Whether this effort will be successful will depend mainly on the willingness of Hamas to effectively transfer their arms to the PA, which is a particularly harsh point for them, as the credo of Hamas is the eventual military destruction of Israel. When this condition is fulfilled, the next key factor is whether the PH can win the elections, and whether or not they end in a unified, but Hamas-dominated PA. Such an outcome could trigger a backlash not only from Israel, but also from Egypt and Jordan, two neighbouring countries, which, while supporting an independent Palestine, banned the Muslim Brotherhood, as they both oppose that particular type of Republican Islamism.

In the coming days and weeks, one should keep tabs on whether the transfer of the control of the Rafah Crossing Point is managed smoothly between the PA and Hamas, and whether the latter is willing to dismantle its own military forces. If the second development occurs, we might very well see a successful unification of the Palestinian factions, but a botched democratic election can still derail the march towards peace, and lead to increasing conflict in a region which so desperately needs islands of stability around which effective state rule may solidify.