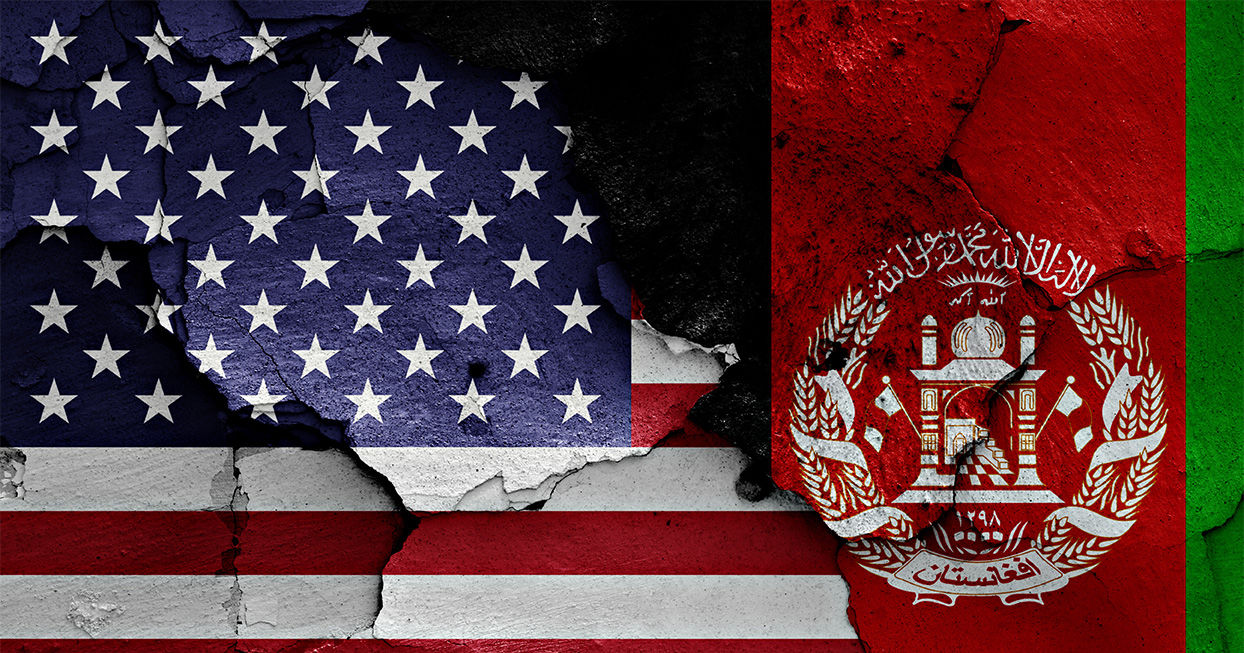 And the Twentieth Anniversary of the 9/11 Terror Attacks

The terrorist attacks, referred to as 9/11, are one of the most influential events in modern US and global history, as they brought major changes into both US and world politics and their ubiquitous effects are still tangible in many other areas even today. The war in Afghanistan, within the framework of the war on terror initiative, was among the first reactions of the US government following the attacks on 11 September 2001. Twenty years have passed since the Twin Towers collapsed, and the United States, along with its allies and partners, announced its withdrawal from the Central-Asian country. It is, however, rather uncertain what the future of Afghanistan and the region would look like without the American military presence and security guarantees. In this blogpost, Simon Szilvási summarizes the latest developments in Afghanistan and shows what kind of difficulties the volatile security environment has posed to the political and military leadership while coordinating the withdrawal process.

Arguably, the terror attacks of 11 September 2001 have had the most significant impact on modern-day US history, however, their consequences have been reverberating well beyond the country. As an immediate reaction to the terror strikes—and with the aim of ousting Afghanistan’s Taliban regime—an international military intervention was launched. Twenty years after the collapse of the towers of the World Trade Center and following a long-lasting international military involvement in Afghanistan, the United States (together with its allies and partners) has announced its total withdrawal from the Central-Asian country. It is, however, very much uncertain what the future holds for Afghanistan and the region without the American military presence and security guarantees.

The attacks on 11 September 2001 resulted in the complete transformation of the global security environment. Most notably, extremist Islamism, pursued for instance by the al-Qaida, was able to gain global recognition and the fight against terrorism became a major objective and preoccupation for the US and its allies. The US and allied presence in Afghanistan begun with the military action called Operation Enduring Freedom on 7 October 2001 and it took almost two years until the Secretary of Defence, Donald Rumsfeld declared in May 2003 that the military operations had finished. This, however, did not mean that the conflict was over and the war in Afghanistan became eventually the longest conflict the US ever fought, as it took twice as long as the one in Vietnam.

The enduring conflict took its toll both on lives and financial resources. As US Government data shows, more than 3000 people were killed in the 9/11 attacks, while—according to a study carried out by the Watson Institute at the Brown University in 2019—post–9/11 wars (including the ones in the Middle East) cost the lives of approximately 800,000 people. Out of this number, 157,000 is killed in Afghanistan, comprising US military personnel, Afghan forces, journalists and members of international organisations as well. Notably, approximately 40% of the victims (more than 60,000 people) were Afghan soldiers and law enforcement personnel. The last twenty years have also been a heavy burden from a financial standpoint, as—according to the estimations of a study made by the Stimson Institute—the American central government spent more than 2.8 trillion US dollars related to the stalled war in Afghanistan.

Aiming at ending the war, an important meeting was held on 29 February 2020, in Doha, Qatar that resulted in a joint agreement between the Taliban-led Islamic Emirate of Afghanistan (not recognised by the US) and the United States of America. It was a comprehensive peace agreement in which, among other commitments, the Taliban guarantees the harmless withdrawal of US and allied forces. Although the aimed goals of the agreement have rarely been achieved so far, it was immediately criticised as it did not regulate relations between the Afghan government and the Taliban. A general concern about the trustworthiness of the extreme Islamists put further question marks over the future of the accord. On the other hand, however, US airstrikes protecting Afghan forces against the Taliban also decreased trust vice versa.

Implying that he is the fourth President to inherit the conflict, and he is not intended to pass it to his successor, President Joe Biden announced in April 2021 that “it’s time for American troops to come home”. Although the initiative was originated from the former President of the United States, Donald Trump, it is worth noting that military experts have suggested to the former President that only the halving of the American contingent would be wise. According to the original plans, the US troops would have left the country by 1 May 2021.

After winning the presidential elections of 2020, President Biden has ordered a thorough assessment on the various impacts of leaving Afghanistan. In these forecasts, US intelligence agencies estimated that the Taliban takeover could occur less than six months after the US withdrawal. Besides evaluating these results, Biden made efforts to create a new government structure for Afghanistan. As part of this latter attempt, Secretary of State, Anthony Blinken submitted a letter to the Afghan government in which he proposed the possible co-optation of the Taliban in the government structure. Furthermore, neighbouring countries, including the Islamic Republic of Iran, would have an important role to sustain stability in the region. The Afghan leaders eventually declined the unofficial US offer, rending thereby the diplomatic efforts made by Washington obsolete.

However, with the withdrawal of the United States from Afghanistan, the dice have been cast and the Taliban will not only be part of the government of the country, but have already taken over the control from the former pro-Western government. Considering the recent events, intelligence reports have deeply underestimated the Taliban offensive and overestimated the Afghan government’s ability to defend its territory, as already on 14 August 2021 the Islamists have occupied the capital of the country, Kabul without major bloodshed and in a more or less peaceful manner. By that time, all of the borders were controlled by the Taliban. The images and video recordings circulating in social media have presented a desperate crowd of fleeing Afghan’s towards the airport of Kabul. In fear of the Taliban takeover, many Afghans attempted to climb on the wings and wheel well of a US transport aircraft and died after the plane took off. Looking at these photos taken at the runways, one could remember the images showing people jumping out from the burning towers of the World Trade Center.

Furthermore, one could even feel a sense of déjà vu when comparing the photos taken in Saigon, Vietnam more than forty-five years ago and the ones captured a few weeks ago in Kabul amid the evacuation of the U.S embassy. In the light of the events, it is, however, interesting that during a press briefing on 8 July, Joe Biden still insisted that evacuation of the US Embassy by helicopters is highly unlikely. On the other hand, denying the similarities between the two events, Anthony Blinken has stressed that the comparison of Saigon with Kabul is misleading, since the Afghanistan mission was successful, as the primary objectives—namely destroying al-Qaida bases in Afghanistan, eliminating the brain behind the 9/11 attacks, Osama bin Laden, and preventing another terror event of this scale on American soil—were accomplished.

In the aftermath of events, many have criticised US leadership, condemning the withdrawal’s total, rapid, disorganised and secret nature. It is even more striking how reality has proved the US intelligence services wrong, as their assessment—i.e. Taliban forces would need six months to take over the whole country—turned eventually to be false. Although this estimation was altered to 90 days in light of the rapid advancement of the Islamists and the collapse of the Afghan state, the general misjudgement of the situation by these organs is quite remarkable. Moreover, even the United States Secretary of Defense, Lloyd Austin, claimed that the risk of returning terrorist cells to Afghanistan has a medium likelihood, and in that case, it would take approximately two years for al-Qaida or any other terrorist organisations to rebuild their capacities. This opinion was supported by the Chairman of Joint Chief of Staff, Mark Milley, which shows that in the early summer military leaders and decision-makers were definitely not counting on the quick fall of the Afghan forces. From today’s perspective, it is nevertheless rather assumable that terrorist groups might return sooner than expected.

Reacting to the fall of Kabul, President Biden held a special address announcing that 6000 additional US troops would be sent to the capital to ensure the safety of the evacuation process. The sole aim of the mission was to organise and protect American personnel and citizens, including allied forces during the airlift. The president has furthermore confirmed that US diplomats have been safely evacuated from the embassy.

While the withdrawal of the United States has only been completed a few days ago (military and logistical operations ended on August 31), there are already a number of difficulties and challenges the US leadership has to face. Not only has overall international confidence in the United States faltered, but it is likely that in addition to the financial sacrifices made so far, Americans will have to allocate significant sources to protect Washington’s strategic interests and the stability of the region.

The opening pic is by Danielo/Shutterstock.