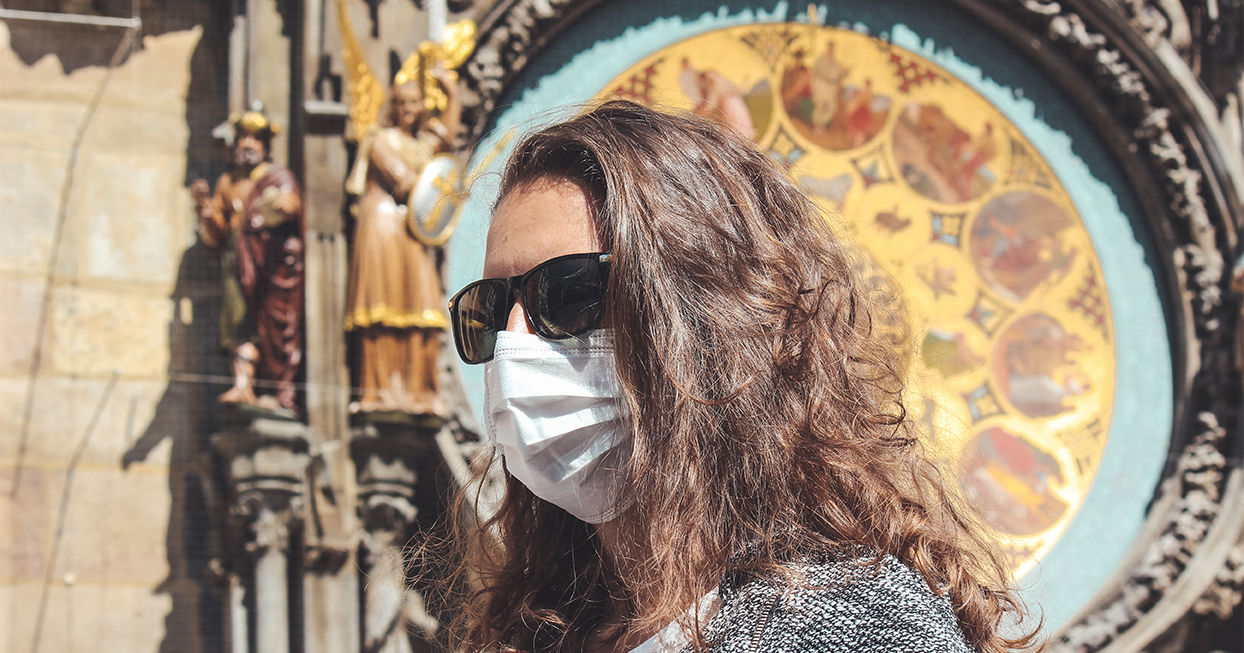 “This World Is More Diverse Than Just One Virus”

Coronavirus Exit in Czechia and Slovakia

Slovakia and the Czech Republic have already started easing their coronavirus restrictions introduced at the beginning of March. In both countries, the number of coronavirus patients and the low number of deaths are partly due to the speedy and strict lockdown measures, but, most probably, the enforcement of using facial masks also plays an important role in keeping the numbers low. Although it is already possible to go to the cinema in Prague or visit a hairdresser in Bratislava, some measures and restrictions are still in effect. The big dilemma for both Slovakia and Czechia is how fast they can loosen the previous measures, not provoking a new outbreak and, in the meantime, how they can decrease the already high economic and social costs caused by the strict measures.

Although we are still far away from the end, and even the near future is full of question marks, it is sure for now, that the global pandemic will lead EU economies into recession in 2020, and, according to predictions, the economic impact of the coronavirus outbreak could be bigger than that of the financial crisis in 2008. According to the EU Commission’s forecast published on 6 May, the economic effects of the coronavirus crisis will lead EU countries into the worst recession in EU’s history. While, in 2009, the EU economy fell by 3.4%, in 2020, the economy of the euro area is expected to contract by 7.75%.

As it is visible on the COVID-19 Government Response Tracker developed by the University of Oxford, Slovakia and Czechia were among the fastest first-mover countries within the EU with regards to the introduction of measures to fight against the spread of the virus. Although the new Slovak government was created on 21 March, the First Aid Package was already approved on 2 April. Slovakia was among the first countries in the EU where using compulsory facemasks in public was enforced, and other measures were also introduced earlier than in most of the member states: borders were shut down on 12 March, and, a few days later, all the retail operators were closed except groceries, pharmacies, petrol stations, post offices, news agents, and phone service providers.

The state of emergency had been  in place since 12 March in the Czech Republic, and it was  extended twice: first until 30 April and then until 17 May. The extension of the emergency situation was criticised by the right-wing opposition, blaming the government for not being able to provide reasons to do so. As of 13 March, all events and activities involving more than 30 people were banned and shops, excluding those selling food, electronics, fuel, animal food, as well as pharmacies and news agents, were closed. One day later, checks on internal borders with Germany and Austria were introduced, while the land borders with Slovakia and Poland were closed on 15 March. The Czech Republic have started to ease travel restrictions from 24 April: citizens of other EU countries traveling to the Czech Republic with the purpose of business or study are allowed to enter the country with certain conditions. Czech citizens are also allowed to travel abroad; however, after their arrival to the country, they have to provide a valid negative COVID-19 test, or self-isolate themselves for fourteen days. Ban on international transport by bus and trains were lifted from 11 May. Slovakia also closed its borders in March, and Slovak citizens returning to the country are obliged to spend fortnight in self-isolation in one of the state-run quarantine facilities. This kind of state quarantine system is a unique initiative in Europe and raises concerns about infringing fundamental human rights and freedom of movement—what is more, its effectiveness is also highly questionable.

The above-mentioned statistics confirm that the measures have so far been successful; still, the economic impact of the pandemic is significant in both Slovakia and Czechia. According to the prognosis published by the Ministry of Finance of Slovakia, the GDP will contract by 7.2% in 2020. Also, after the measures were introduced and the majority of the companies stopped their operation, the rate of unemployment grew by 0.14% in March. To help the private sector to overcome the impact of the pandemic, a rescue package was introduced in March. The financial package approved by the Matovič government, offered approximately 1% of the country’s annual GDP for firms, the self-employed, those who had to suspend their operations due to the crisis, and those whose income has dropped substantially.

In case of these companies, 80% of the average earning of an employee (max. 1,100 EUR per employee) will be refunded by the state. The so-called Kurzarbeit scheme was also part of the package; however, its legislative background is lacking.

After several years of growth, the Czech economy was gradually slowing down before the pandemic. In March, unemployment rate was surprisingly as low as in 1997 (approx. 3%) and now unemployment is expected to rise, reaching around 10% later in 2020.

According to the Czech prognosis, the state budget deficit will be increased by CZK 100 billion, while the original budget assumed a CZK 40 billion deficit. To decrease the negative economic impacts of the pandemic, the Babiš government has released CZK 3.3 billion for the 2020 Rural Development Programme to ensure the self-sufficiency of the Czech food industry, and other CZK 3 billion was released from the budget to ensure the purchase of health equipment. The government also introduced a so-called compensation bonus that will directly support self-employed people with the amount up to CZK 25,000.

As the EU’s Economic Respond Package includes, among others, the use of the structural funds in COVID-19 responses, and the scope of the European Stability Fund to finance public health emergencies was also extended, Slovakia has an additional EUR 1.3 billion to mitigate the economic and social impact of the pandemic. According to the plan, micro-, macro- and medium-sized businesses will receive financial aid from these sources, but healthcare, education, and protecting jobs are also among the main beneficiaries. The Council of Europe Development Bank has approved a 300 million euro loan to the Czech Republic to mitigate the spread and the impact of the pandemic.

Andrej Babiš having his first haircut after lockdown on 11 May 2020
Source: Facebook

Strict measures aiming to flatten the curve of the pandemic  created some cleavages between the parties of the coalition in Slovakia, as the leader of the governing Freedom and Solidarity, Richard Sulík (from whom the quote is in the title is borrowed) argued that during decisions about the measures not only the advice of epidemiologists but also that of economists should be taken into account. The measures and their consequences are raising questions not only from an economic point of view: the country’s Public Health Office will start tracking the movement of those who are infected with the virus using data from their telephone operators. The idea is based on the examples of Singapore, South Korea, and Taiwan, where tracing the contacts played important role in slowing down the spread of the virus. The idea collecting data about infected people was criticised in public, but the minister of justice explained the legislation with an argument that privacy in these days is not absolute. The Constitutional Court, however, criticised the legislation for making it possible to misuse information gained from mobile operators. As a result, since 13 May, it has not been possible to collect data from mobile operators and use them by the Public Health Office. The Czech initiative was also inspired by the tracking system in South Korea that uses big data to track the contacts of the infected. Location data and information about the patients’ bank card transactions used with the patient’s consent make it easier to inform people about their infected contacts or locations.

Despite these kind of applications, several questions and concerns have been raised about privacy. It is important to add that, according to the European Data Protection Board, if it is not possible to process anonymised data in the fight against COVID-19, member states can introduce legislative measures to process non-anonymised data, as well. Although the original idea in Slovakia was to also use calls and messages, the legislation only makes it possible to track the movement of infected persons and, this way, monitor whether these people have respected the quarantine rules, and identify potentially infected persons.

As Slovakia and Czechia were the first to introduce measures to slow down the spread of the pandemic, they are also among first countries lifting these bans. So now, they are slowly but steadily return to normal. In both countries, one of the effects of the pandemic is that trust towards political leaders has increased during these weeks. Babiš’s party, ANO’s support rose by 3.5 percentage point in March, while, in Slovakia, the support for Igor Matovič is higher that it was a few weeks ago. However, with regards to the crisis management, the previous prime minister, Peter Pellegrini, gained more support from voters than Matovič did.