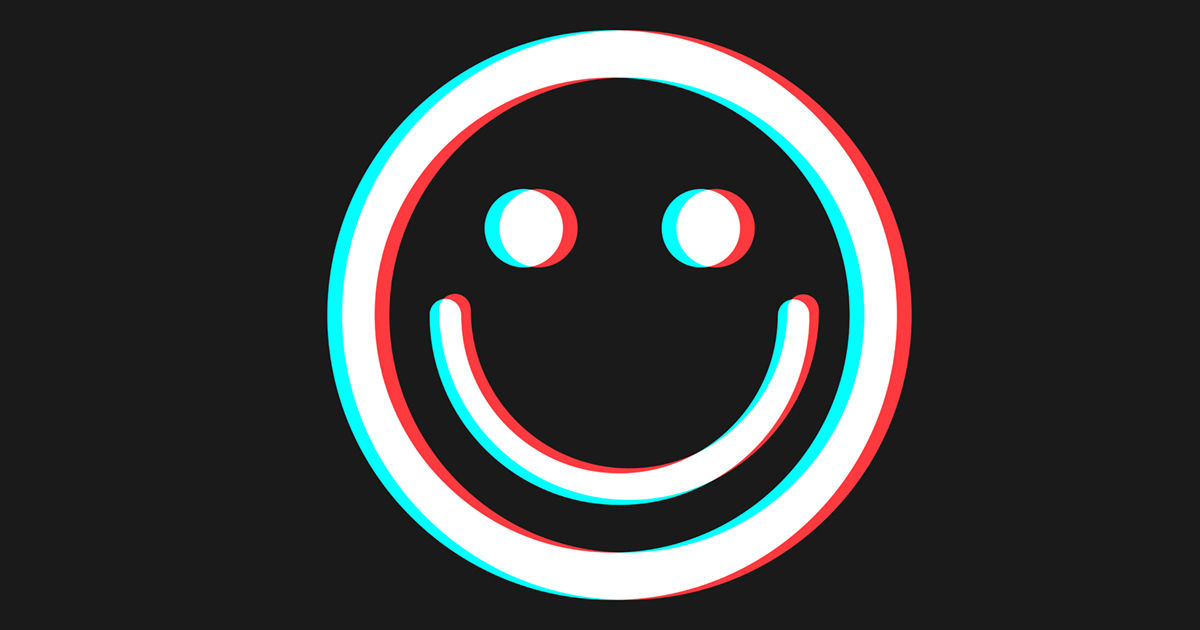 A Window to the World

Since this summer, hardly a day has passed without the Chinese video-sharing social networking service TikTok, one of the biggest hits of recent times among young people, being in the news. The application, which has not yet gained popularity in Hungary, was put on an imaginary American blacklist behind other large Chinese companies such as Huawei and ZTE, after it had confronted the United States over the service it provides. To understand how this video-sharing application, which is considered completely average in many ways, has earned the US’s special attention, it is worth taking into consideration not only the background of the app and the company that owns it but also at what stage the US–Chinese “soap opera” currently is.

Douyin, the predecessor of TikTok, was launched by a Beijing company called ByteDance in 2016, and, one year later, a version for international markets was also completed. This version already operated under the name TikTok and could reach many parts of the world but was not even close to the app’s current popularity. It took its more recent shape after it had merged with Musical.ly, a company which also provided video-sharing services, in August 2018. Although Musical.ly was based in Shanghai, it also had an office in Santa Monica, so TikTok managed to reach the American public acquiring its user base. The app, which runs on iOS and Android, became incredibly popular very quickly: it globally ranks ninth based on the number of active users today and has so far been installed by two billion people worldwide, while, this year, it is only second to Zoom, which has the leading position because of the worldwide quarantine, in the number of downloads. It is undoubtedly more trendy among Asian and American users. Considering that it is one of the video-sharing applications used by hundreds of millions of people almost everywhere in the world on a daily basis, it is not surprising that TikTok has become the focus of international attention.

During its relatively short history, several countries have already had problems with the app. India temporarily banned it in 2019, saying it distributed pornographic content. The ban was introduced anew this summer but, this time, due to the accusations of stealing data from its users and transmitting them to third parties. Although it is also under scrutiny in Britain and Australia, the app became the centre of attention after the prospect of a ban by the United States. The official reason for the US ban can easily be summarised with the words of Secretary of State Mike Pompeo, who said that TikTok did not do anything else than “feeding data directly to the Communist Party of China.” Taking into account the latest National Intelligence Law of China accepted in 2017, under which all Chinese citizens and organisations must cooperate with the state in intelligence work, this assumption does not seem unrealistic at all. Therefore, Americans are understandably concerned that the Chinese leadership may force data out of major companies, including TikTok owner ByteDance. It might be especially worrisome for them in light of the Xi Jinping government’s explicit goal of strengthening relations with companies operating not only in the public but also in the private sector through outsourced party committees. Moreover, according to some presumptions, Chinese-related companies everywhere in the world and almost without exception have an “internal cell” which works under the control of the Communist Party of China (CPC) and is responsible for ensuring the company’s operation is compatible with the policy directives set by China and manipulates local politicians by, for example, creating a suitable environment for the party to further its interests as effectively as possible. There is nothing new under the sun, as TikTok has not been the first “troublemaker” to grow suspicious in this regard: among others, perhaps the series of scandals around Huawei has got the most attention in the international press. The Chinese technology company today is or about to be blacklisted in many countries because the 5G service it provides is considered a serious national security risk. 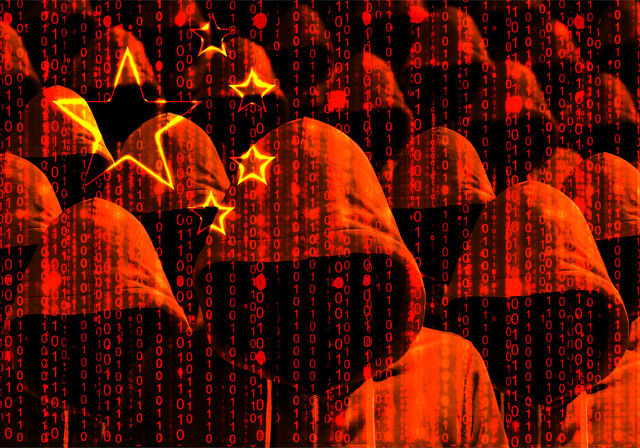 Many fear TikTok may be a national security threat, since it supposedly sells user data.
Source: BeeBright/Shutterstock

In addition to data theft, TikTok has also been accused of censoring and influencing the public opinion, although these allegations probably were not so surprising for a company that capitalises on social networking. In any case, ByteDance, like any other company in a similar situation, consistently denies all allegations of CPC relations, claiming that US user data is completely secure, since the servers storing them are located in the United States and Singapore and not in the territory of the People’s Republic of China. They also claim that, if there were any pressure from the party, they would resist it by all means. However, ByteDance’s attitude is remarkably controversial. To secure user data, TikTok was ready to exit Hong Kong—where it had otherwise had a rather small active user base, estimated at only around 150,000—after the new national security law, claimed to be “the end of Hong Kong” by critical voices, had come into force this summer. Meanwhile, it has so far refused to testify in the US at congressional hearings.

After a long period of “give-and-take diplomacy,” Donald Trump finally issued an executive order in early August to ban technological transactions between US companies and ByteDance. The US president then called on the Chinese company to sell its local services to a US company within a very tight deadline, or, otherwise, it would have to leave the United States. After having lost its Indian users at the beginning of this summer, all this terrified the owner of TikTok, so an immediate legal action was envisaged, arguing that the decision by the US government was unconstitutional because it violated the right to the freedom of expression and the presumption of innocence.

Regarding the sale of the app as an alternative to the ban, among others, Microsoft, Oracle, and Walmart have also emerged as potential buyers over the last month. Today, the latter two have the best chance to join the majority owner ByteDance in TikTok Global, which may be established as a US-based subsidiary for international markets. However, as the story is still unfolding, nothing is certain yet, and the co-ownership by a US company is just one of the many possible scenarios. Although it is certain that, if ByteDance fails to come up with a mutually beneficial and reassuring business deal by 12 November at the latest, TikTok will be permanently banned from Google’s and Apple’s app stores. Moreover, the US could stop all technological transactions with the company, which could mean that updates would no longer be available to American users at all and the versions that have already been downloaded will likely require “loopholes” to function. And that would be a bitter pill for about a hundred million enthusiastic TikTokers across the United States.

However, it is important to stress that there are still many unanswered questions about the details of the proposed deal. There have been a number of contradictory statements from stakeholders on, for example, the proportion of ownership or who exactly responsible will be for handling user data properly. Despite the uncertainty and the possibility of a more unfavourable outcome to the US, it seems that Trump will “give his blessing” to the business. So the question arises: What are the real motivations of the US leadership? Indeed, if the most likely scenario prevails and the two American companies receive only a minority stake, it will be more difficult to minimise the national security risk reproached by Trump. A possible explanation for this discrepancy may be that 41% of ByteDance is owned by US investors, so, by this, American majority ownership would be guaranteed.

It is also interesting that the US president has got involved in the “TikTok case” to an unusual extent and—not quite obviously—he prefers the sale of the company. From all this, it can even be concluded that the current US administration is primarily driven by political and economic considerations as the presidential election approaches. This is also indicated by the fact that, towards the end of his term, Trump is taking increasingly tough measures on China, be it trade, the protection of intellectual property rights, or, more recently, technology battles. A reason for this may be that he tries to win public support by all means to increase its voter base, and a properly tailored China policy can help him do that. Not to mention that the whole tech war can be seen as a kind of revenge for Beijing’s ban on several US services, such as Google or Facebook, in its country. So Trump’s willingness to make TikTok Global a joint venture suggests that counteracting the Chinese practice of not allowing foreign investors into China unless they form joint ventures with domestic investors may also be one of the US motives.

The scandal surrounding TikTok is, therefore, extremely complex in terms of the motivations of those involved, and its possible outcome remains unclear, especially given that the position of the Chinese government on the matter is still less clear. If we primarily interpret the current situation as the next stage of the US–China trade and technology war, we cannot necessarily expect that it will have a definite conclusion, especially if Donald Trump wins—the years of conflict between the two global powers are more likely to be carried into the coming period.