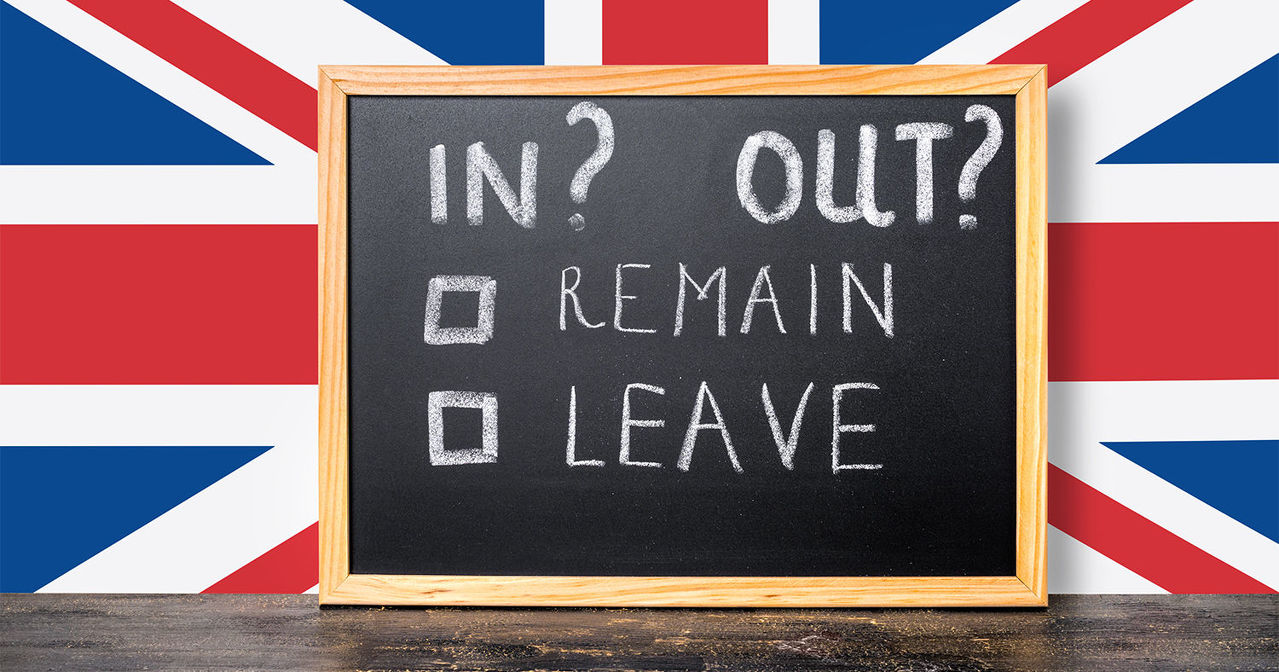 To leave, or not to leave

That is the question

The Brexit referendum has always been an important topic for discussion, but the idea to hold a second referendum has never made such substantial progress as in recent months. Nonetheless, the clock is ticking for the UK if the catastrophic scenario of leaving the EU without any deal in place is to be avoided. 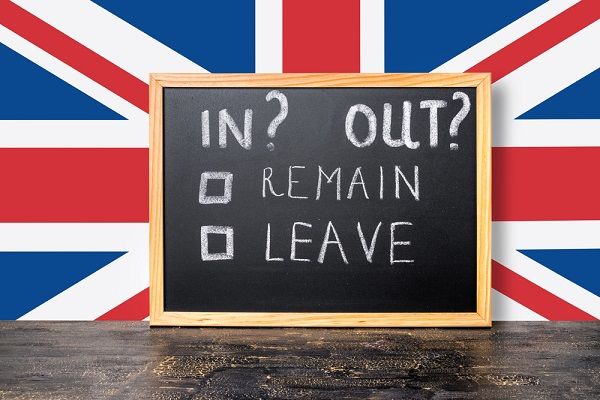 To leave, or not to leave? This is probably the question a modern Hamlet would ask himself if he were faced with the current political situation in the United Kingdom. But today, the Shakespearian prince would not find himself alone with his doubts, as he would be surrounded by a massive number of British people disappointed by the way Brexit has been happening. (Maybe somebody failed to explain them that withdrawing from a 40-year-long membership and its obligations may not be as easy as quitting a club).

Even though the Prime Minister and the leader of the Conservative Party, Theresa May, vowed to her fellow citizens that she would “make a success” out of Brexit, it would be hard to argue that what people expect on 29 March is a victorious scenario. A recent survey from NatCen Social Research found that 59% of the people that were interviewed said they would vote “Remain” if asked again, and just 41% would support “Leave.” This is the highest recorded support for “Remain” since the 2016 referendum, and it is a clear signal of the lack of confidence Britons have in the ability of their government to deliver a successful Brexit. For this reason, many started to believe that a new vote could stop Brexit.

Preferring to play it safe, May ruled out a scenario where Brexit would not happen, and stated that a second referendum on the EU membership would not be called “under any circumstance”—yes, this is the same Theresa May who had excluded the possibility of an early election under her leadership. But May’s position today is much weaker than at the time she moved into 10 Downing Street. 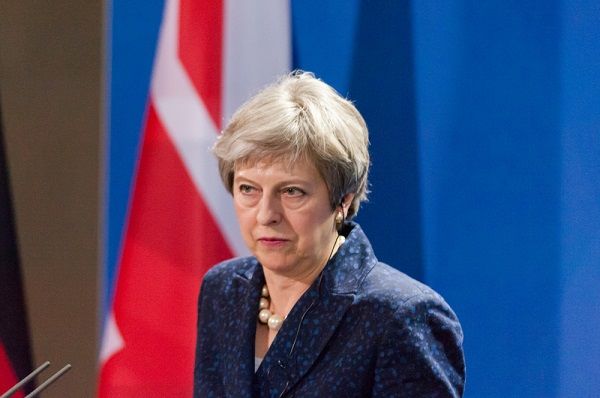 After calling an almost suicidal snap election in June 2017, May managed to form a new government with a slight majority thanks to the support of 10 Democratic Unionist Party (DUP) MPs. Even though May was able to keep her power, her position now is strongly threatened from both outside the Conservative Party, with Jeremy Corbyn’s Labour getting stronger every day, and from within.

If some cabinet members’ and other backbencher Tories’ different points of view on Brexit have already been evident in many cases—like on the Irish border issue—the resignation of the Brexit chief negotiator, David Davis, and the foreign minister, Boris Johnson, clearly showed the extent of the divide within the governing party. The decision by Davis and Johnson came in the wake of the presentation of May’s withdrawal plan—known as the Chequers Plan—agreed on by the Cabinet in July. The plan presents a softer version of Brexit, and, although the EU has also declared that it is not a workable solution, Tory hardliners decided to go into open rebellion against May. Boris Johnson, the designated PM in case May would fall, voted against  Chequers and talked about a “humiliation” that will turn the UK in “a rule-taker” with insufficient influence over the content of the rules. Under these circumstances, it will be hard for May to find enough votes to make the Parliament approve her plan, and the PM could start to look to Corbyn’s party to break the deadlock. This extreme measure would serve only one purpose: to avoid the catastrophic prospect of leaving the EU without any deal.

Given that a government of national unity is highly unlikely, the prospect of a new vote seems to be approaching. A new snap election seems favoured by many lawmakers from both parties, but according to more recent polls, this time Tories would not be the favourites. However, to secure its victory, Labour should present a clear strategy that embraces the idea of holding a new referendum on Brexit. In fact, since Corbyn’s party depends heavily on “Remain” voters, an official stance against Brexit will in all likelihood increase its support.

The question regarding the validity of the Brexit referendum has always been an important one, but the idea to hold a second referendum has never made such substantial progress as in the last few months. The idea got a major boost especially after the Electoral Commission found in June that Vote Leave had breached campaign-spending limits. According to the Commission, this invalidates the legitimacy of the 2016 result. Furthermore, the idea of a second referendum has also been backed by former PM Tony Blair and Sir John Major, as well as other prominent political representatives, and on 15 April, a campaign in favour of a new plebiscite, called “The People’s Vote,” was launched. 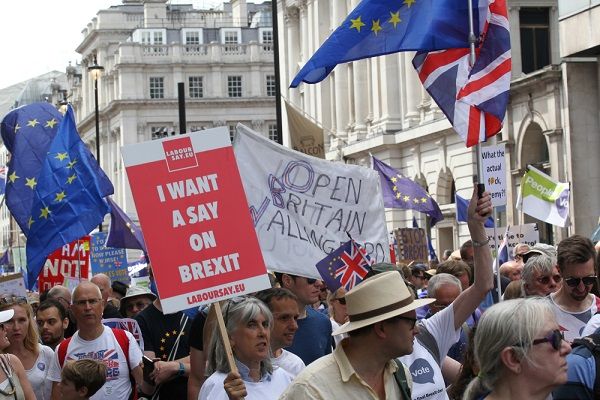 Until recently, Jeremy Corbyn had shown limited enthusiasm for the possibility to vote again on the UK’s remaining in the EU, instead showing his support for a general election. However, his fellow party members and the People’s Vote activists are exerting huge pressure on him to back a new plebiscite. The Labour Party conference at the end of the month will represent a prime opportunity to discuss the topic, and it is not unrealistic to expect that Corbyn could find himself in front of an already vast and organized movement of supporters of the referendum ready to present a motion.

But if the Labour Party intends to back a new referendum, it has to bear in mind that it could be short on time. Since the UK is expected to leave on 29 March 2019, and assuming that an extension to this deadline will probably be agreed to by the EU27, a new piece of legislation requires time. In fact, the bill for the 2016 referendum was introduced 13 months before the polling day, and additional time is required to designate the campaign period and hold the vote itself. In theory, the Parliament could copy some of the legislation from the previous referendum in order to try to speed up the process, but then there is also the problem of what question should be posed by the referendum. The Electoral Commission has already declared that a new question must be presented “clearly, simply and neutrally.” Last but not least, there is the issue of the relationship with the other part of the United Kingdom, since refusing to reopen the Brexit question could result in the renewal of their demands. In 2016, Scotland and Northern Ireland voted to remain in the EU with a large majority, which showed that, for them, Brexit was not a workable option. A new poll shows that, for this reason, Brexit would surely reignite Scottish independence claims and underpin the position of those parties in Northern Ireland that are in favour of a ballot about the unification with the Republic of Ireland, leading to the collapse of the UK. 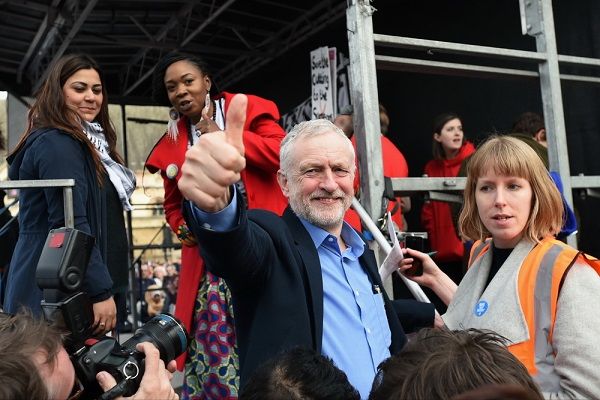 There is also one last possible outcome to consider, which could be a “worst case scenario.” “Remain” supporters could actually overestimate the chances that a new referendum will be held while Brussels is not incentivized to offer the British government a better deal, sure of the fact that the decision to leave will be overturned. This means that if the campaign for a new ballot fails, the UK will be forced to leave the EU without any deal. And this is a situation which London and Brussels would not want to face.

So, in the end, the question, dear Hamlet, is still the same: To Leave or Not to Leave?