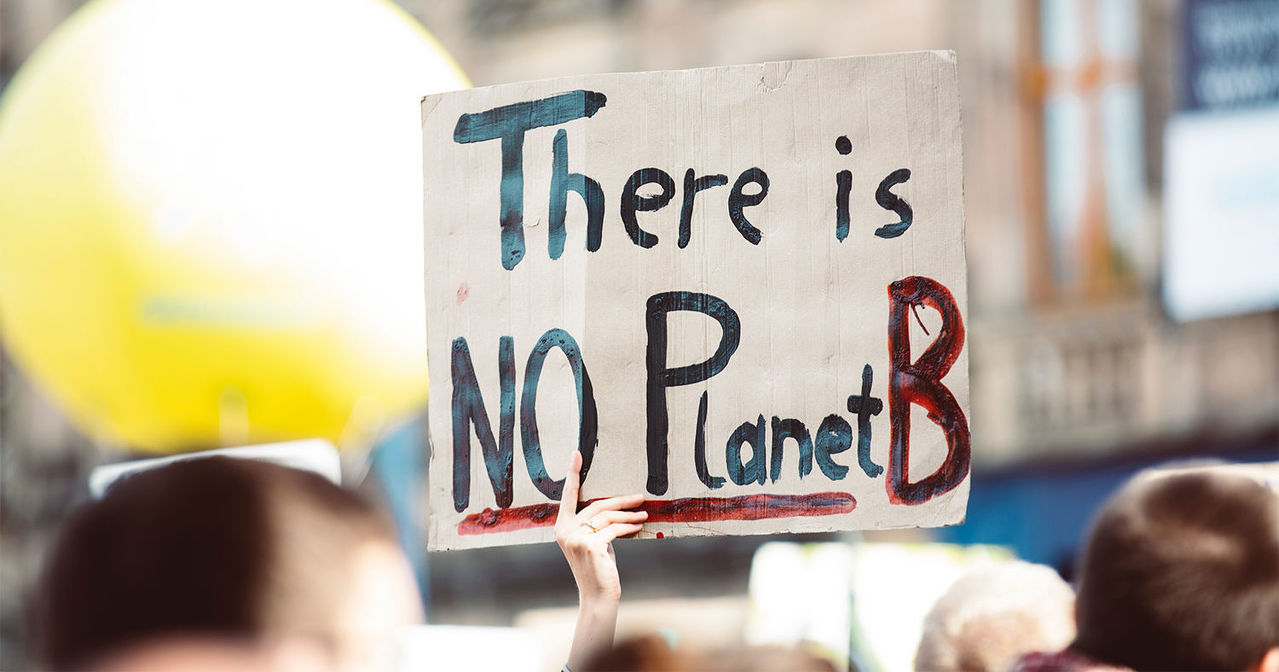 The Renaissance of Multilateralism?

The transatlantic climate cooperation has recently gained new momentum, and hopes are high that the refreshed dialogue between the European Union and the United States will result in a favourable joint climate leadership. However, the global situation has considerably changed since the signature of the Paris Agreement and climate action has become an economic interest. How do foreign policy and trade interests influence the course the key players might take? What are the connection points of transatlantic climate diplomacy? Seeking to shed some light on these questions, the following article aims to depict the future contours of global climate cooperation and governance.

The European Union (EU), the United States (US) and China account for more than half of the world’s carbon emissions and therefore these countries are the most important global players in issues related to climate change. Even though their relationship has been complex at best, for the first time, they now share joint ambitions for climate actions. In this context, climate diplomacy has become an effective foreign policy tool connecting future trade and strategic interests of the three key players. Moreover, climate cooperation has become a cornerstone in the revival of modern multilateralism. Therefore, future relationships between the three superpowers will be determinant in the long-term success of the fight against climate change. A series of meetings and world summits —such as the 26th United Nations Climate Change Conference of the Parties, the G7 Leaders’ Summit and the Leaders’ Climate Summit convened by the new US President Joe Biden and scheduled for April 2021— will ensure that the topic of climate change will be kept high on the global agenda. However, in order to reinforce global multilateral cooperation on climate, the European Union is compelled to first of all revive its values-based transatlantic relations.

Besides the currently ongoing worldwide pandemic, climate change is the most considerable long-term and globally relevant challenge of our times. The COVID-19 pandemic had both a positive and a negative effect on the climate. The positive consequence of the economic slowdown concomitant to the pandemic was the temporary fall of carbon emissions that eventually has led to cleaner air around the world. At the same time, the COVID-19 pandemic has also the potential to delay and derail important decisions. During a recession, it will be significantly harder for decision-makers to push through with carbon-reducing measures and execute the structural transformation of the economies that is required for a green transition. Besides the consequences of the pandemic, the recent change in the United States’ leadership, the new carbon emission targets set by the European Commission and the emergence of China as a global actor are all important factors that make the rethinking of the transatlantic climate cooperation very timely.

President Barack Obama led a value-centred foreign policy in which question of climate change received an increasing importance especially during his second administration, and hence substantially shaped certain foreign policy goals of the US. Within this framework, the United States assumed the rotating chairmanship of the environmentally forward-thinking Arctic Council in 2015, the same year the Paris Agreement was conceived, and put the cooperation with China on new footing in which climate policy played a larger role, acting as a link between the two countries. Fighting climate change became a multilaterally connecting power and even the essence of "mutual respect and win–win US–China cooperation.”

In environmental and climate issues, President Donald Trump, however, took a rather different stance. Concentrating more on medium-term political, economic and social gains, he reversed or reframed many of Obama’s regulations in favour of the American oil, coal and car industry. Most notably, during his first year in office, he announced the United States’ withdrawal from the Paris Agreement, as he judged it to be disadvantageous for the US economy. This decision came eventually into effect four years later, right after the presidential elections in November 2020.

Reclaiming the decisions of his economically pragmatic, non-interventionist predecessor, President Joe Biden envisions a very different foreign policy. While working on internal issues like the post–pandemic restoration of the US economy, the new president is expected to lead a liberal and values-based foreign policy. Reconciliation between the US and multilateral organisations is of a high importance, and therefore the European Union can also expect a more reliable transatlantic communication in the future.

It is doubtless that the withdrawal of the second-largest global polluter from the Paris Agreement greatly affected the international community and trust needs to be rebuilt on a number of different levels. Joe Biden promised to “lead not only by the example of power but by the power of example.” To demonstrate to the world, that the topic of climate change will be of utmost importance during his governance, the newly installed President rejoined the Paris Agreement on his first day in office.

Joe Biden has also made the promise to his electors that while having his primary focus on handling urgent domestic matters such as pandemic management and economic recovery, the facilitation of the green transition will be a priority while designing the relief plans. To show his commitment in reaching the Paris goals on schedule, he announced the investment of 1.9 trillion US dollars into the post–pandemic reparation of the US economy in which clean energy initiatives play an important role. However, the new president is facing with a double challenge: achieving the decarbonisation goals does not only require difficult trade and foreign policy decisions, but the impending domestic dialogue will also be crucial to the project’s success. Although Joe Biden expressed his desire to unite his nation during his inauguration speech, conciliation might prove to be a challenging task. Decarbonisation is a topic that has traditionally been known to divide the nation along the political lines. While former President Donald Trump did not openly deny it, he did question the severity of climate change and expressed his doubts about the impact of human involvement in global warming. Contrarily to Europe —where public opinion evaluates the topic as one of the greatest threats— climate change denial still prevails in the US. The new president is met with a challenging political environment when it comes to the implementation of new climate goals. Joe Biden’s narrow-margined election and slim majority in the Congress it a task for him to pass through decisions that might come with large-scale job losses in the oil industry. An increased fossil fuel production so far seemed to be key to US energy independence, and the job-argument was central for the Trump administration when it came to climate action. Yet, as US Treasury Secretary Janet Yellen has recently expressed, the research is clear: without efforts to slow climate change, GDP growth will fall. Studies estimate that an unmitigated climate change could reduce global gross domestic product by up to twenty-five percent already in this century.

Is a US climate leadership still realistic?

While the official withdrawal of the US from the Paris Agreement lasted for just a couple of months, aligned with then President Trump’s intentions many greening projects were stopped years ago. Consequently, the US is currently not on track to meet its emissions targets agreed upon in 2015. In addition, the international environment has seen significant changes thus the Biden administration’s starting point is different to where Barack Obama left if off. China has meanwhile become a challenger to the United States in yet another area: climate leadership. This ambition is rooted in the fact that with the United States’ withdrawal, China became the most influential economy among the contracting parties of the Paris Agreement. Furthermore, the East Asian country has also grown into the largest manufacturer and global supplier of electric vehicles, lithium-ion batteries and solar panels since opening its economy to the world, and therefore greening has become a major trade interest for the country. More or less matching the other globally relevant powers, Chinese leader Xi Jinping has recently announced that his country plans to go climate neutral by 2060. And although China at the present consumes more coal than the rest of the world combined, the strong Chinese leadership will be able to take action more decisively when it comes to transforming its infrastructure and energy industry than its American or European counterparts. Hence, China occupies a favourable position for climate leadership not only because it can invest into producing green energy, green hydrogen and carbon capture technologies, wind and solar power at larger scales, but there is also an undeniable political will supporting the green transition.

A renewal of transatlantic climate cooperation

The recent failure of the Alaska Summit between the US and China posed further challenges to the prompt revival of multilateralism. Moreover, a deterioration of US–China relations might not only mean a difficult new start for the transatlantic climate diplomacy, but it also makes it harder for the European Union to position itself vis á vis these major powers in the climate leadership. The EU sees China both “as a partner, as a competitor and a systemic rival” and will be dependent on the import of critical raw materials for its green and digital transition from the country in the medium term.

Despite the foreign policy challenges, the transatlantic partners seemed positive about the future of the cooperation following the mid–March meetings between EU leaders and US officials such as Secretary of State, Antony Blinken and Special Presidential Envoy for Climate, John Kerry. Nevertheless, the extent of the EU–US cooperation and the alignment of their climate agendas is still uncertain as the two superpowers might be able to cooperate in certain areas while compete in others, notably in energy policy. On the one hand, the near completion Nord Stream 2 project serves as a major friction point between European and American interests. On the other hand, the European Union’s advance in the legislation of its energy industry might contribute to the misalignment of the two players’ decarbonisation measures. European energy industry regulation passes smoother as the European fossil fuel industry’s activity of production takes place mostly outside of Europe, but also because European fossil fuel companies started investing into renewable energy earlier than their American counterparts. Moreover, climate-related regulations meet less social resistance in Europe than in the US.

Competitiveness concerns also dominate the question of the future of carbon border tax. As the EU and US are each other’s largest trading partners, carbon pricing and carbon border adjustment will play a key role in the future of transatlantic climate cooperation. William Nordhaus’s 2015 Climate Club concept illustrates that there is a significant payoff in coordinating carbon taxing. As all three global powers have already made their commitments to the Paris Agreement targets, multilaterally coordinating carbon taxes would be mutually beneficial for all. Therefore, climate diplomacy is truly important in creating a constructive engagement that takes us from a zero-sum game to win–win solutions.

The opening pic is by: Markus Spiske/Pexels

Why is the EU–Russia Climate Diplomacy Important?