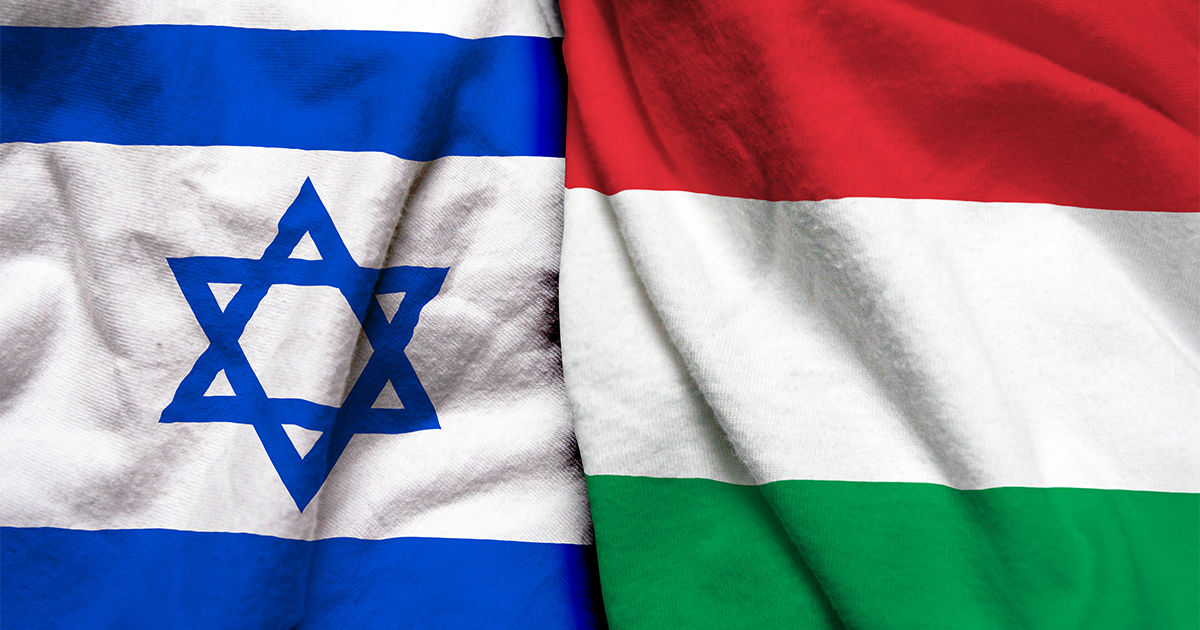 The Logic of the Hungarian-Israeli Cooperation

Invited by Israeli Prime Minister Benjamin Netanyahu, Viktor Orbán conducted an official visit in Israel on 19–20 July 2018. Economic, diplomatic, and security-related topics dominated the meetings, which signals that the position and role of the two states in the international arena match perfectly.

Historic meeting, but not a radical turnaround—this is how we may characterise the visit of Viktor Orbán to Israel. Historic, as it was the first occasion in a very long time when a reigning Hungarian Prime Minister conducted an official visit to the Jewish state, but not radical, as the traditionally warm Hungarian–Israeli relations did not need a drastic upgrade, only further development. Relations in the economic and social fields were characterised by deep cooperation through the almost thirty years of full diplomatic ties between the two countries, but the links between the two countries only recently reached such high levels that intensive interstate cooperation became possible. The basis of cooperation is the intensive diplomatic, political, and economic presence of the two countries in the international arena and Israel’s unique geographical location. A number of practical issues were discussed during the two-day-long visit such as joint research and development support, struggle against terrorism and anti-Semitism, and cooperation in the international arena. Beyond the practical issues stand permanent factors and a deeper logic, which project an even more intensive cooperation in the future.

For Hungary, Israel’s importance stems from its geographic position. The Jewish state—uniquely among the countries on Earth—is located at the joining point of three continents; therefore, we may characterise it as the focal point of the “World Island,” using the expression of Halford Mackinder, the classical Anglo-Saxon geopolitical thinker. In practical terms, Israel, as the region’s most stable country possessing vastly superior border security capabilities than Egypt, guards the land route between Africa and Eurasia. Furthermore, due to its expanding naval capabilities, it has a growing influence on the maritime connection between the Mediterranean and the Indian Ocean basins. This strategic geographic position of Israel is combined with a unique identity which is strongly connected to the West in philosophic, societal, and political dimensions. 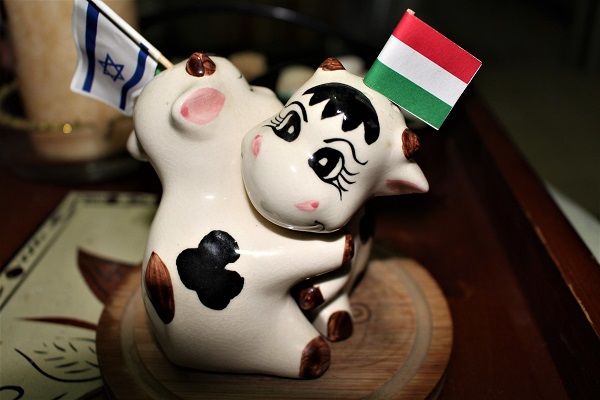 Hungary, on the other hand, is important for the Middle Eastern country, as the relatively young Israeli state’s right to exist and its actions to guarantee its security are questioned by a number of international actors, among them some of the neighbouring Arab states. Therefore, Israel aims to secure its international legitimacy through a network of friendly partner countries. Consequently, Hungary can contribute to the Israeli diplomatic efforts not only by itself, but also as a member of the Visegrad Cooperation. The previously-mentioned reasons, geographic position, and unique national identity necessitate that Israel be forced to spend a large part of its resources directly or indirectly on defence so that it could counter conventional and asymmetric threats and sustain its natural resources through advanced technologies. The Jewish state, therefore, needs to prepare itself against challenges that all Western countries will face in the coming decades. It is important for Hungary to utilise these experiences in counterterrorism, cybersecurity, or in blocking illegal migration. While during the Cold War, Israel encased itself in armour and emphasised maximising its raw firepower so that it could resist the threats posed by Soviet-allied Arab states, nowadays, it continues enhancing its defence capabilities through advanced technologies. Israeli leaders have realised that, even though their country is small, a country’s relevance can also be improved by non-traditional tools in the 21st century’s international order, as HE Yossi Amrani, Israel’s Ambassador to Hungary, explained in his interview for the In Focus: Israel magazine, published by AJKC. The country’s geographic position, its commitment to the West combined with its reliance, and its capabilities make Israel a relevant partner for Hungary. Furthermore, the stability of the country on the eastern shores of the Mediterranean is crucial for the whole of Europe. 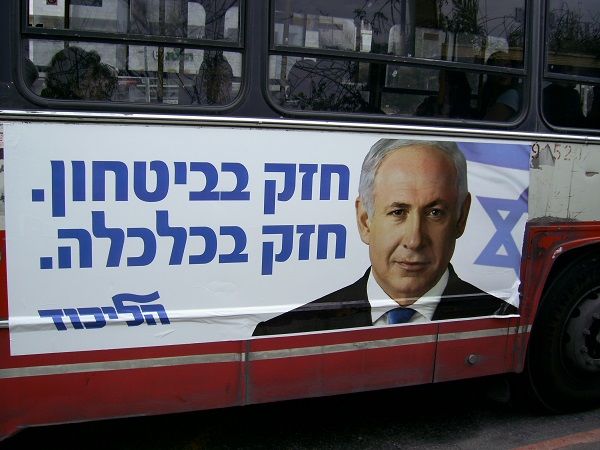 In terms of economic issues, the bilateral relations are already very positive: according to the 2016 report of the Central Bank of Hungary, Israel is the third largest final investor in Hungary. The structures of the two economies also show a complementary character, which provides opportunities for further cooperation. Israel has surpassed the GDP per capita rate of Japan this year, while it has managed to build an outstanding high-tech sector, reduce unemployment to around 3%, maintaining a steady 3–4% economic growth per annum. It is important to mention that these positive figures hide two serious issues. The first is that even though Israel is rich in capital and new funds keep flowing into the country, the Israeli economy is becoming more and more saturated, and the rate of return on investments is shrinking. Low unemployment means that companies are taking each other’s expert workforce, which not only creates a zero-sum game among them (which would already be a negative feature in itself), but competition also drives salaries up. Partly due to this process, Israel became a seriously expensive country—therefore, low rate of return on capital can only be alleviated through a further economic opening: the country needs to invest abroad and reap profit where it is the most profitable. Hungary and the V4 fits this latter category well: the region is secure for investors’ capital and assets, shows rapid economic growth, its scientific environment and research capabilities in the field of exact sciences are very advanced. According to the Hungarian government’s vision, instead of just being “Made in Hungary,” goods produced in the country should be “Invented in Hungary.” To do that, partly using the Israeli example, it aims at attracting capital and advanced tech IP-rich foreign partners to base their R&D as well as manufacturing in Hungary. This goal is furthered through the agreed upon raise of the Hungarian–Israeli R&D fund to 1 + 1 million euros.

Besides cooperation in economic and technology transfer, the next pillar is rooted in politics and it may be divided into three subareas: international legitimacy, countering antisemitism, and the concord between the leadership of the two nations. On the international scene, both countries would benefit from mutual support and Israel’s warm relationship with the Trump administration may aid Hungary in further developing its transatlantic ties. On the other hand, Israel needs a friendly voice and vote in the often hostile EU and UN, counting not only on Budapest, but the V4 countries as well. It is not a coincidence that Viktor Orbán’s visit occurred on the anniversary of the V4–Israel summit in Budapest. 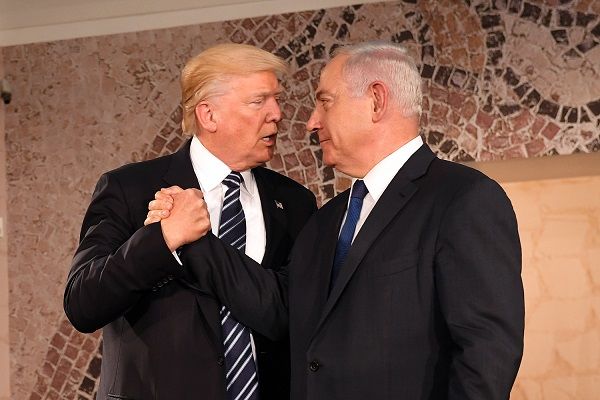 Countering antisemitism is also an interest of both governments. From a Hungarian perspective, besides the protection of Hungarian Jewry, the Prime Minister may also aim at defying Western charges of antisemitism that are often “packed along” with other types of criticism targeting the government. In the case of Israel, the fight against antisemitism and cooperation on this front with other countries stems from the nation’s character. It is worthwhile to note that the terrorist attacks in France and the instances of harassment against Jews motivated emigration to Israel, which alarmed the country’s leadership. On a yearly basis, thousands of Jews immigrate to Israel with their family from Ukraine, Russia, and the Anglo-Saxon world, while the Jewish state is not prepared for another mass exodus, especially in terms of its labour and housing markets. Even though Israel would and could manage the hardships of sheltering all the Jews who must flee from their home, it is better to guarantee the security of the Jewish diaspora by fighting antisemitism. For this policy, the Israeli leadership needs allies.

Finally, as far as their political worldview is concerned, we can see a similarity between the right wing and conservative governments of the two countries, as they have a similar understanding of the role of the nation and the nation state in the international system. However, one issue must be kept in mind in Budapest: in a sense, the seventy-year-old Israel is still being created as a state. This fact is manifested in the new nation state basic law, adapted right before the visit of PM Orbán. A significant challenge is presented to Israel by the dual task of developing its military defence capabilities and creating a coherent nation from the Israeli Jews after the two thousand-year-long exile and diverging development of its subgroups. This second challenge is unique, as the Jews have to further their aims in the framework of a nation state, even though “Jewry” is not only a people but also an ethnoreligious group. Therefore, while aiming to identify the opportunities for a pragmatic Hungarian–Israeli cooperation, it is important to note that Israel is under constant development and transformation. Still, with its geographic position and its required conditions for its survival being constant, and its capabilities and resources are projected to further expand in the foreseeable future, Hungary can find prime opportunities by enhancing its partnership with the country.

The opening picture is by Aritra Deb/Shutterstock.