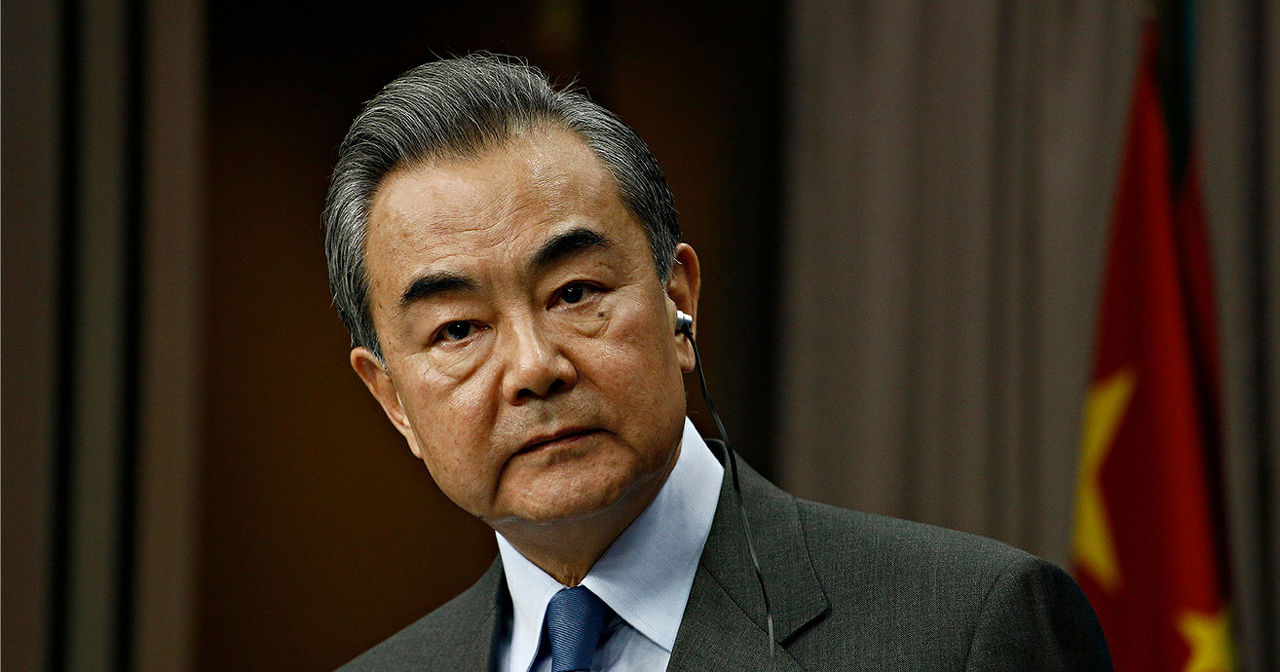 The year 2021 began as eventfully as the last year came to an end. In addition to the coronavirus (COVID-19) pandemic that has become an integral part of our daily lives, it is all due to the growing tensions in the United States since the presidential election in November. However, while much of the world was paying attention to the new variants of the virus, the Trumpist riot at the US Capitol, and President Joe Biden’s inauguration, China undertook a series of wide-ranging visits in the middle of January, which aimed to strengthen its position in South East Asia against the incoming US government in the long run.

In the middle of January, Chinese foreign minister Wang Yi paid a five-day visit to four South East Asian countries, namely Myanmar, Indonesia, the Sultanate of Brunei, and the Philippines. The diplomatic tour can be seen as the second and final act in a series of visits that began last October, when Cambodia, Malaysia, Singapore, Laos, and Thailand were visited by the foreign minister of the Asian great power. Consequently, Vietnam is the only member of the Association of Southeast Asian Nations (ASEAN), which was left out of Wang Yi’s tour, presumably, because of the ongoing leadership transition in the South East Asian country and the growing tensions between Hanoi and Beijing. Their prosperous economic and trade relations are now strained by, among other things, the escalating tensions on the South China Sea and the growing anti-China sentiment in the country, following the controversial management of the Mekong River. All of these disputes have made Vietnam the regional protagonist of the US–China great power rivalry, as it is one of the most significant potential allies of the US in South East Asia.

One of the focal points of both rounds of diplomatic visits was, not surprisingly, the ongoing COVID-19 pandemic and a solution to the resulting health crisis. According to official statistics, the current epidemic situation in Myanmar, Malaysia, Indonesia, and the Philippines is particularly alarming, while figures, still exceptionally good after the almost one-year “rubber duck revolution,” have also been on the rise in Thailand since the middle of last December. Partly to restore its deteriorating international reputation, China, as one of the world’s most significant vaccine manufacturers, intends to play a leading role in providing medical assistance to South East Asian countries severely affected by the pandemic. Thus, negotiations on the purchase of Chinese vaccines in large quantities were conducted during the visits. Wang Yi, as the representative of a responsible great power that, however, also has its own interests and agenda, pledged further support to the countries concerned, out of which Indonesia is clearly at the forefront of medical and health cooperation with China. Although the world’s largest archipelago secured hundreds of millions of doses from, among others, the British–Swedish pharmaceutical company AstraZeneca and the US company Novavax, the country received the first about three million ready-to-use vaccine doses from China’s Sinovac Biotech. Consequently, Indonesia was the first country outside China to allow the emergency use of CoronaVac. 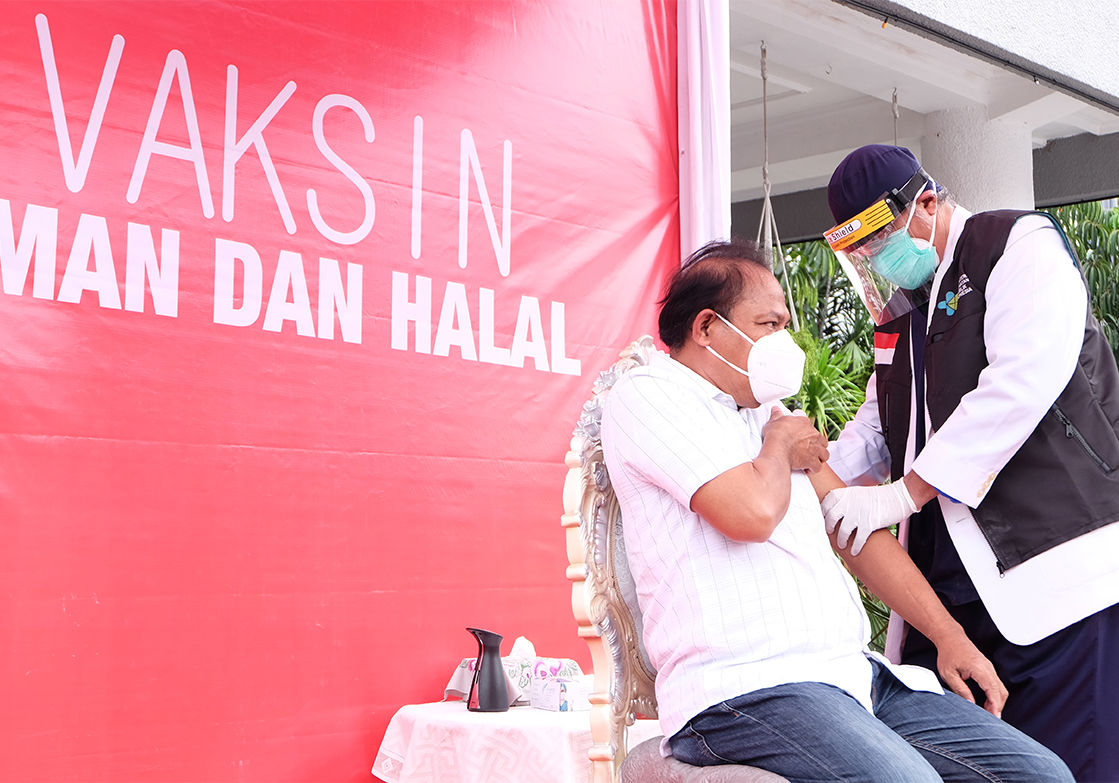 As the most populous Muslim-majority country in the world, it was of particular significance in Indonesia that the Indonesian Ulama Council has declared the Chinese vaccine “holy and halal” before the official medical authorisation by the Indonesian food and drug agency.
Source: Ida Sufaidah/Shutterstock

In addition to a deeper commitment to anti-pandemic health cooperation, post-pandemic economic recovery measures have been the other main focus of the official visits. ASEAN, overtaking the European Union, became China’s largest trading partner in 2020; therefore, economic stability in the region is vital for the Asian superpower. Lockdowns and restrictions introduced to control the spread of the virus have resulted in a severe setback in South East Asian countries, which are increasingly integrated into global processes. Based on the talks during the visits, China will seek to solve this, on the one hand, by increasing the volume of bilateral trade with these countries, and, on the other hand, by boosting projects related to the Belt and Road Initiative (BRI). This would increase the overall level of infrastructure investment and foreign direct investment in the ASEAN member states.

Ongoing BRI projects include the construction of the Sino-Thai high-speed railway: agreed in 2014, its construction has been plagued by delays because of financial and technical problems. The Chinese vision is that the line would be part of the so-called “Pan-Asia Railway Network” connecting South China, Laos, Thailand, Malaysia, Singapore, and Indonesia. The first round of the diplomatic tour in October not only brought long-awaited progress in the construction of the railway but also raised the possibility of integrating the Eastern Economic Corridor, the special economic zone of East Thailand, into the BRI.

With Wang Yi’s visit to Myanmar, the country’s infrastructure development was entirely engaged with Chinese investments. In addition to accelerating infrastructure projects under the China–Myanmar Economic Corridor, China is willing to develop and implement a five-year plan for economic and trade cooperation with Myanmar that would speed up, among other things, the urban-planning project called “New Yangon City.” The gigantic investment aims to build a new city twice the size of Singapore on the west side of the Yangon River, opposite Myanmar’s most populous city, the “old” Yangon, thus remedying many of the problems caused by its overpopulation. The Chinese-owned China Communications Construction Company, which is in charge of the construction, is tainted with scandals internationally, but this has so far not prevented Myanmar from implementing the project.

In Indonesia, Wang Yi expressed China’s hope that the two countries would align the BRI with the Indonesian vision of “Global Maritime Fulcrum” as soon as possible. It is envisaged that this would promote the project to build a high-speed railway between Jakarta and Bandung, as well as the cooperation between the two countries. 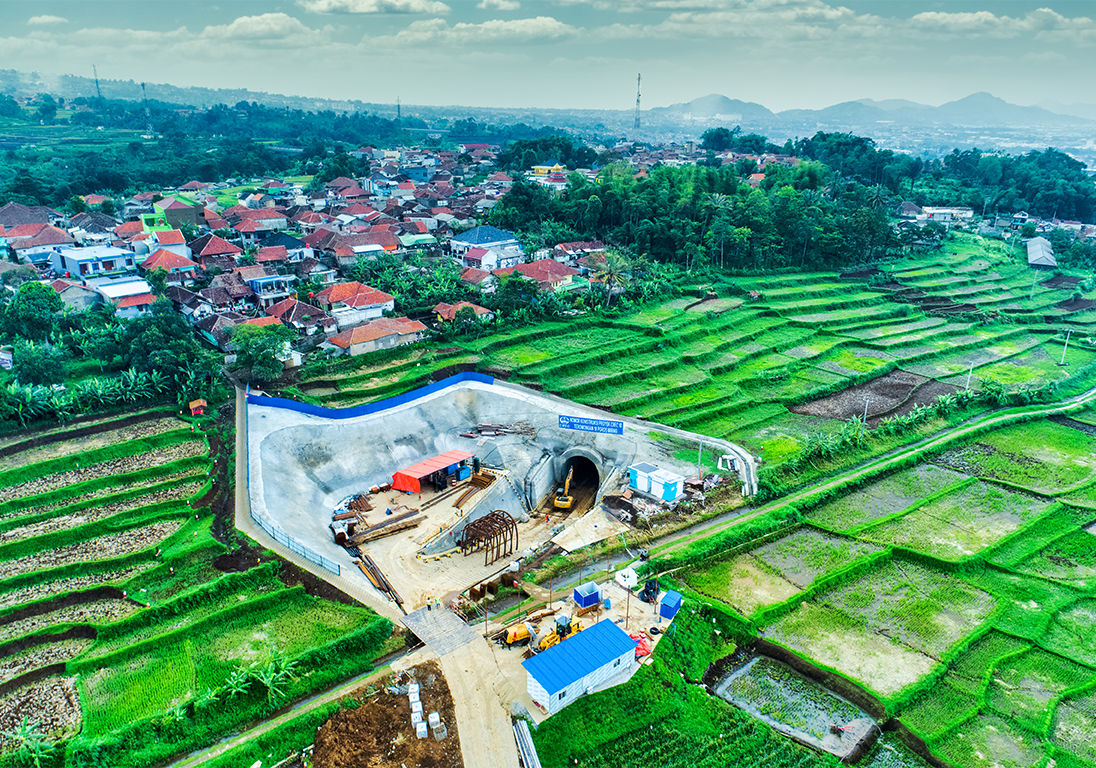 The Indonesian government plans to extend the high-speed railway, originally between Jakarta and Bandung, to the city of Surabaya in East Java.
Source: Akhmad Dody Firmansyah/Shutterstock

The Sultanate of Brunei, the current chair of ASEAN, is celebrating the thirtieth anniversary of its diplomatic relations with China this year. The main focus of the visit was on support for the Guangxi–Brunei Economic Corridor, which involves large investments, and a project of constructing an oil refinery and petrochemical plant in Brunei. Besides, a decision was also made back in October over signing a free trade agreement with Cambodia, which has recently become China’s main ally in South East Asia, while Wang Yi agreed with the Malaysian prime minister to purchase nearly two million tons of palm oil, which severely impacts the environment, by 2023. Apart from the region’s economic stability, the domestic political stability of each country is also of particular importance to the Asian great power. Consequently, Wang Yi assured the visited countries that Beijing supported their governments in power.

The global role of South East Asia has recently increased. One reason for this is that its ever-growing population represents a huge market that makes it a globally inevitable factor in economy and trade. The region is also of key importance from a geostrategic point of view, since it serves as the battlefield of the growing US–China great power rivalry, being the “heart” of the Asia–Pacific region. Wang Yi’s series of visits to South East Asia, thus, has a decisive strategic weight: the growing uncertainty in the wake of the power transition in the US provided an excellent opportunity for the Asian country to gain some advantage in the region over its rival. China will definitely need this advantage, as the Biden administration’s South East Asia policy is likely to take a rather pragmatic direction in the future, compared to that of the Trump cabinet, while the potentially more serious escalation of conflicts in the South China Sea might further complicate China’s situation.

The opening pic is by Alexandros Michailidis/Shutterstock