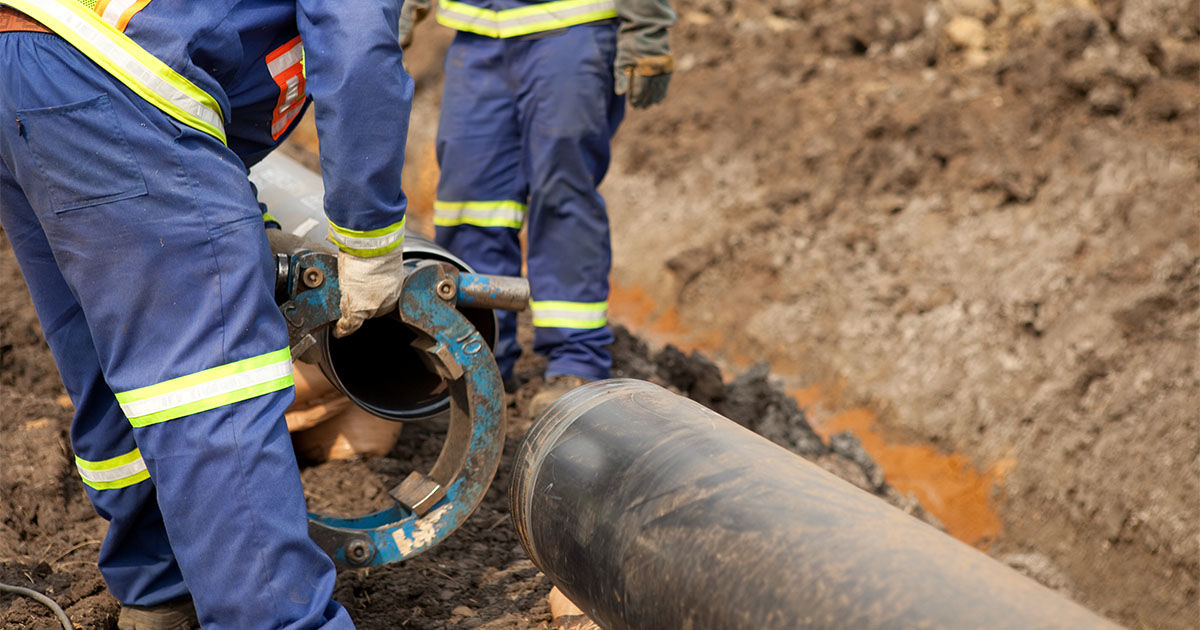 The Water Grid and Beyond

As a result of the severe heat waves of recent weeks, several settlements in the Budapest metropolitan area experienced water shortages. The inhabitants of these few settlements experienced in reality what they had previously only heard about in the news: water restrictions had to be introduced as a temporary solution. In addition to increasingly extreme weather conditions, unsustainable groundwater management and exaggerated drainage—which affects agricultural areas—are gradually drying out the country’s soils. As part of the largest EU fund to date, one of the key clauses of the Next Generation EU recovery package is that member states have to spend a certain proportion of the aid money available to them on financing sustainability and resilience projects. Within this framework, there could be a future opportunity for the development of water management, including drinking water supply.

In May 2021, Hungary submitted its recovery and resilience plan to receive funds from the Recovery and Resilience Facility (RRF), which is a key element of the Next Generation EU recovery package. The Hungarian government expects to receive around HUF 2,500 billion in EU funds under the RRF, of which around HUF 44 billion will be spent on the modernisation of water management. According to the plans, the developments will primarily serve agricultural purposes, so the government also attaches great importance to the security of water supply in such areas that have long struggled with desertification. The investments will also help provide healthy drinking water to people in disadvantaged areas.

According to Hungarian Central Statistical Office (HCSO), public water supply has been available in all Hungarian settlements since 2007, and by the end of 2018, the nationwide percentage of households served was already over 95%. According to the Hungarian General Directorate of Water Management (GDWM), although the basic supply is available in terms of quantity, the quality of the drinking water supplied still leaves much to be desired: only 71% of the Hungarian population lives in settlements with drinking water of adequate quality. On its own website, the GDWM expresses its hope that the “Act No. CCIX of 2011 on water public utility service” has created a service structure and charging system that meet EU standards.

It is characteristic of Hungary that it is at once abundant and scarce in water, being exposed both to the danger of drought and to inland waters and floods. According to the meteorologists of Hungarian Meteorological Service (HMS), it is not possible to speak of a general precipitation deficit, as the average annual precipitation of recent years has not changed significantly. However, this only applies to the total amount of precipitation per year, as the temperature in Carpathian Basin is rising faster than the global average, which indirectly leads to an increasingly extreme temporal and spatial distribution of precipitation. The floods that have hit Western Europe in recent weeks have also shown how vulnerable human existence—and the infrastructure needed to support it—is to various weather extremes. The situation is exacerbated by the fact that, with urbanisation, the possibility of rainfall-runoff diminishes. Our current water management system is therefore not prepared to deal effectively with these challenges.

In recent weeks, not only the extremely warm weather but also the ageing water infrastructure has caused problems for water utilities. According to a document leaked in 2017, the difference between the amount of water extracted and the amount supplied is glaring and points to extremely high network losses: about a quarter of water does not reach consumers, because it drains from the poorly maintained water supply networks. To make matters worse, the percentage of properly maintained supply networks is less than 20%. According to the Hungarian Federation of Towns with County Rank, around HUF 3,000 billion would be needed to fix the deficiencies. However, this astonishing amount of investment is not in sight for the time being, because neither the utility managers, nor the water companies, nor the Hungarian state itself are in a position to provide the missing sum immediately, even though the condition of some supply networks is critical. 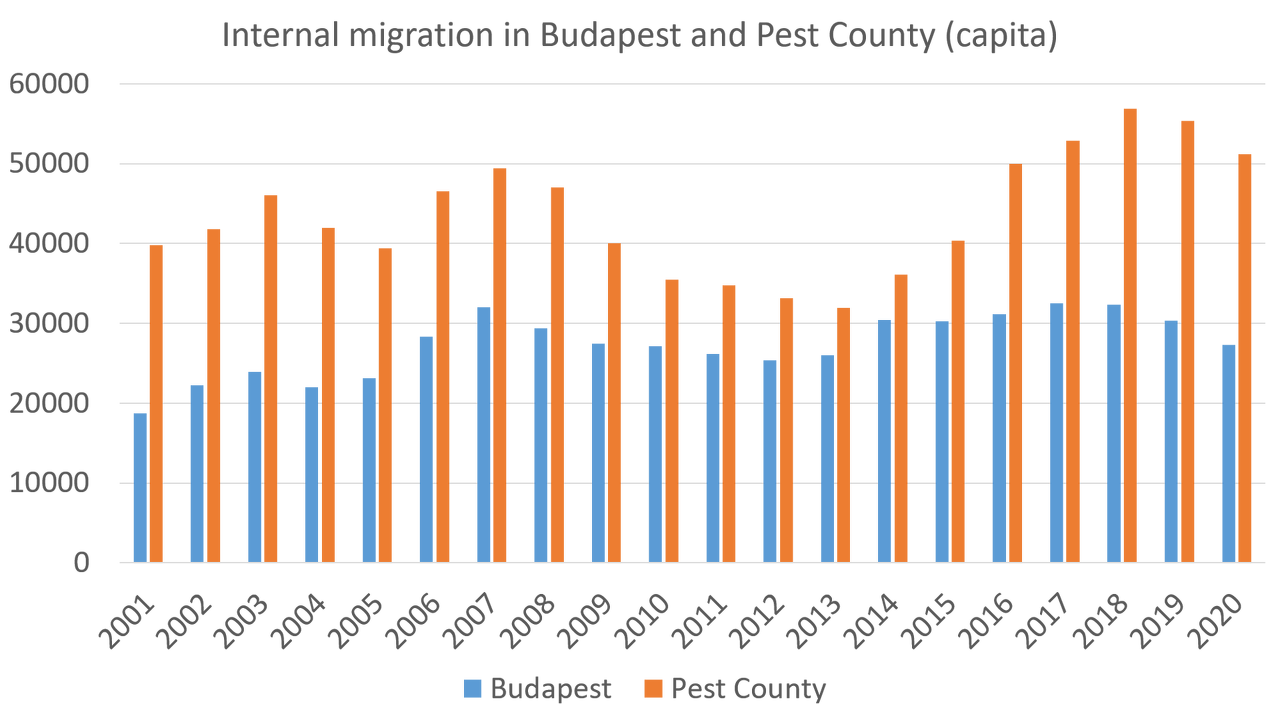 While the number of people moving to Budapest is rather declining, the population of Pest County has grown significantly in recent years. Source: HCSO

According to the Környetgazdálkodási Cselekvési Terv (Environmental management action plan) of the Budapest metropolitan area, issued in 2007, the construction of the water supply system primarily took into account the current capacity needs of individual settlements and microregions. According to the draft, the lack of sufficient capacity could cause problems especially in the eastern part of the metropolitan area, in the area of Ferihegy Airport, as the supply of the newly urbanised areas requires new solutions. Thus, the network cannot keep up not only with the slow reconstruction, but also with the rapid increase in the number of inhabitants in the settlements of the metropolitan area around Budapest. This is especially true in the days of heat waves, when the resources of the reservoirs, designed for lower demand, are no longer sufficient—as we saw a few weeks ago in the examples of Gödöllő and Pécel. The reserves of the water reservoirs of Duna Menti Regionális Vízmű Zrt. (Danube Regional Waterworks Ltd.) have decreased significantly due to the heat, but, at the same time, the water consumption of the population—mainly for irrigation—has almost doubled, and some households have been without water due to the lower pressure in the network. Overall, then, household water consumption has risen steadily in recent years, largely as a result of increasingly long dry spells and, presumably, the reduction in overhead costs in 2013. In addition, the volume of water supplied to non-household customers has also increased significantly, by more than 11.4% overall. 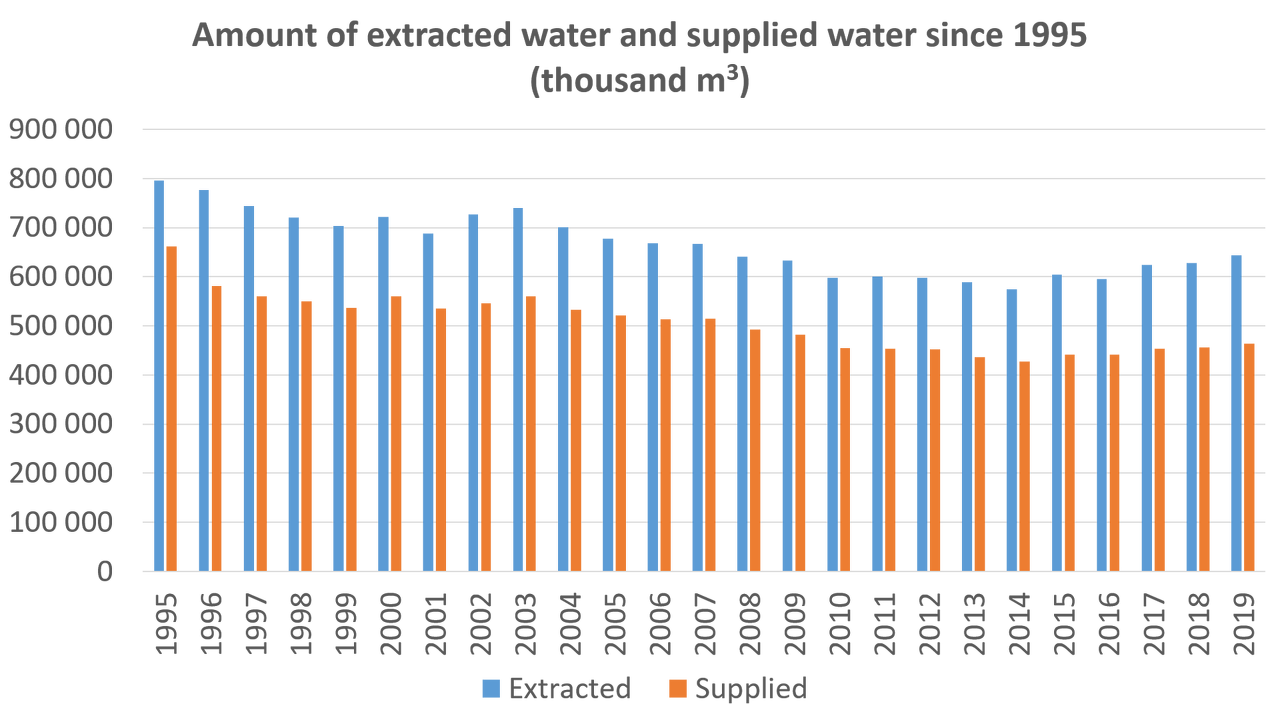 Recently, it has also emerged as a kind of solution that the state, similarly to waste management, relieves municipalities of responsibility for supply, thus placing public water supply under state supervision. Although the aforementioned RFF may represent progress in the development of water supply networks in poor condition, the European Commission extends the deadline for negotiations on recovery and resilience plans for seven EU member states, including Hungary. The government has recently set up a so-called Nemzeti Helyreállítási Alap (National recovery fund), which undertakes to prefinance investments that would have initially been supported by the EU, until the Brussels agreement is finalised.

This year also saw the launch of the call for proposals under the KEHOP programme with HUF 77 billion, which focusses on infrastructural development of services in the water sector. Grant applications can be submitted until the end of March 2022. The grant amount will be used to develop water supply networks, improve their technical condition, and increase the operational safety of the water supply system. The grant source provides HUF 40 billion of non-repayable support for the transformation and expansion of regional water supply networks, HUF 35 billion for improving the efficiency of the system, and HUF 2 billion for the condition assessment of water supply networks and problems—all of which will be cofinanced by Cohesion Fund and the Hungarian government budget. As the sustainability deficiencies in the operation of water utilities have long been in need of an urgent solution, National Water Strategy published four years ago, also called for the fastest possible establishment of a fund to avoid a water crisis. The basic prerequisite for the economical and efficient use of groundwater resources is the replacement of the underdeveloped reconstruction works and the implementation of the remaining developments.

The concluding thoughts on this article were written in a town of the Budapest metropolitan area, in the southern part of Pest County, where the drinking water supply was interrupted for almost half a day at that time. No information about planned maintenance was available on the settlement’s website. It is to be expected that the numerous problems that have been postponed in the past will remain unsolved for a long period of time, and, in the meantime, there will be no other options than patching the network and occasional water restrictions. 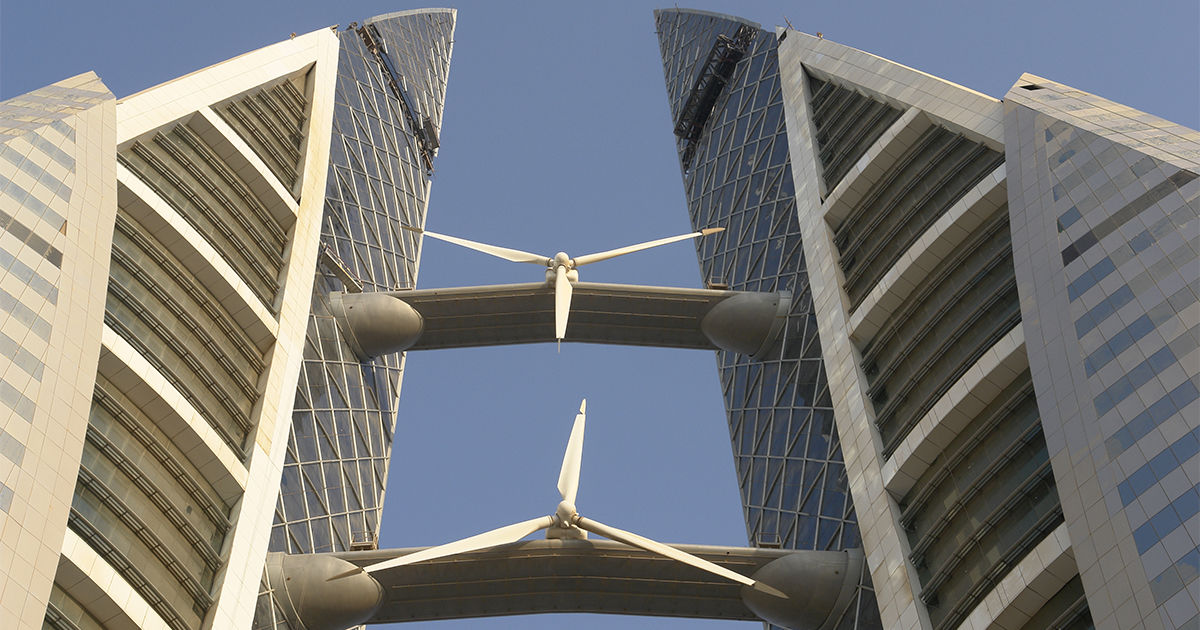 How can smart cities help us

to cut down our energy consumption and make our future greener?
Read more 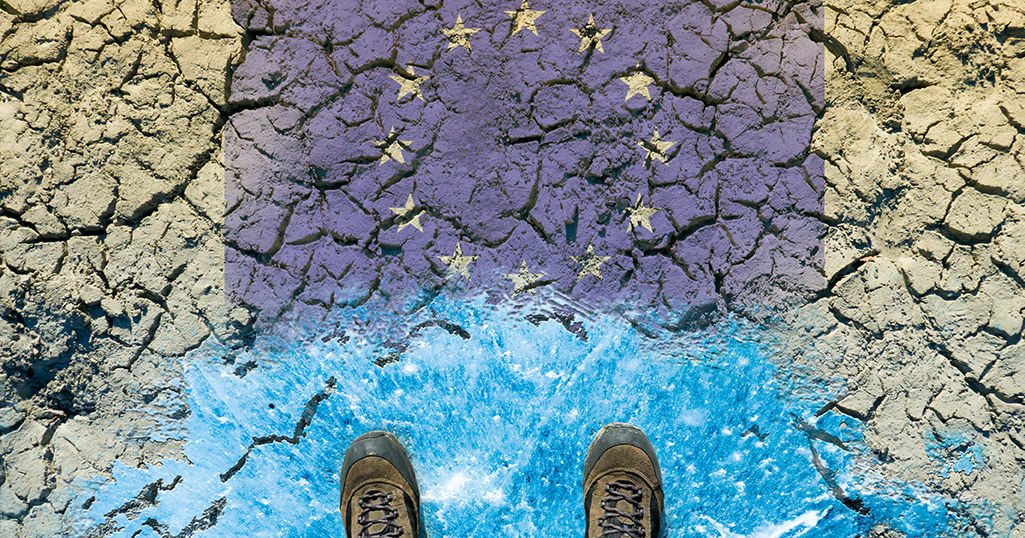