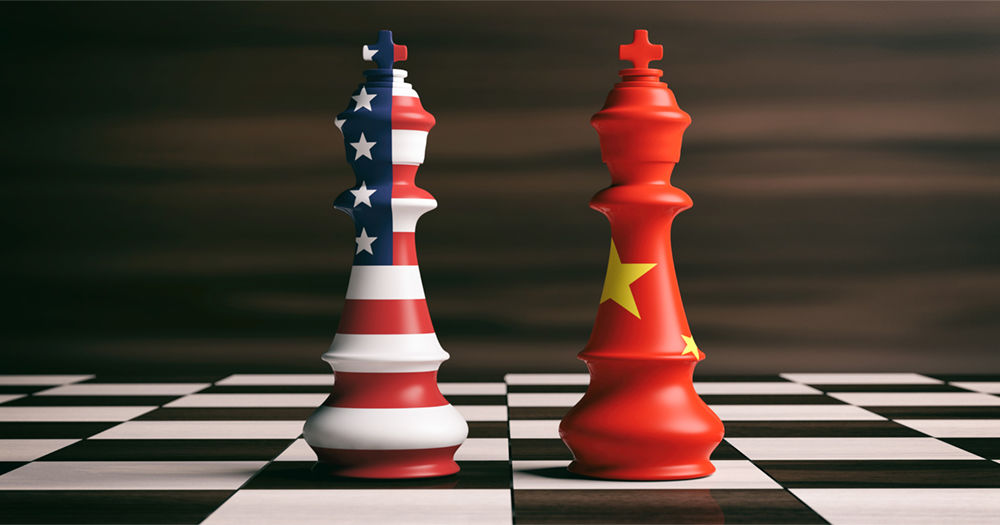 In the wake of the coronavirus pandemic, the high-level summit of Central and Eastern European states and China, which has been held every year for a decade, has this year been cancelled. This summit of the 16 + 1, a platform for economic, political, and human cooperation between the CEE region and China, would have been in Beijing, but, this time, complemented by Greece and changing its name into 17 + 1. The cooperation, previously subject to much criticism coming mainly from the EU, has increasingly becoming an arena for intensifying American–Chinese competition. How will all this affect the future of the organisation? Our post revolves around this issue.

The 16 + 1 cooperation was set up in 2012 to bring together the sixteen countries of the Central and Eastern European (CEE) region and China and provide a regular platform for developing economic, political, and human relations between them. Since adding Greece last year, the cooperation has been operating under the name 17 + 1. The need for cooperation between the parties was boosted by the global financial crisis of 2007–2008, after which the CEE countries saw China as a potential investor giving them opportunities to diversify their economic relations. China, on the other hand, hoped for a stronger presence in European markets and for deepened political ties.

In the first years, the cooperation was characterised by dynamic development: after its participants had established the necessary bodies that provided the institutional framework, joint projects were launched, and the financial background was established, too. At the same time, there were growing concerns from leading EU countries (mainly from Germany and France) about the goals of China’s activity in the CEE region. Some have accused China of generating divisions between the EU’s eastern and western member states by opening a new channel in European–Chinese relations. Others were worried about China’s non-transparent investments and its excessive economic expansion, which could be turned into political capital. Such concerns were reinforced by the fact that, at the time, there were eleven EU member countries among the cooperating states.

However, the EU’s criticism and suspicions seem to have abated over the last two years. One of the main reasons is that the CEE countries’ high hopes for cooperation have been met to a small extent, especially from an economic aspect. Although cooperation in education, science, and tourism has indisputably made results, economic investment has been well below expectations, while expanding trade relations have generated a trade surplus only for China. Overall, political relations have also been significantly promoted by the 17 + 1.

However, there has been an interesting turnaround in this field over the last year and a half. Surprisingly, there has been a significant change in the attitude of the most enthusiastic V4 countries (except for Hungary) toward China. This may only partly be due to the already mentioned lack of large-scale economic investments. Another factor is global: the American–Chinese competition, which has already been perceptible for a decade, but, in 2018, has been openly formulated as a strategy by the United States. The Central and Eastern European region—where fifteen member states of the 17 + 1 are also partners to the United States in a military alliance, NATO—has become particularly important in recent US geopolitical strategies. The US sees the region as a buffer zone against Russian expansion where the presence of China, also a strategic competitor, has grown significantly over the past ten years. That is why American diplomacy is not only trying to win over its regional partners to its efforts to stop Russia but also to contain China. As part of this strategy, President Donald Trump has since 2018 been a strong supporter of the Three Seas Initiative as an alternative to the 16 + 1 but without China.

The two countries with the strongest Atlantic ties in the CEE region, Poland and the Czech Republic, quickly reacted to the turnaround in global politics. First, there was a noticeable change in Polish–Chinese relations: Poland was not represented by the prime minister at the 16 + 1 summit in Sofia in the summer of 2018—Mateusz Morawiecki took part in a religious pilgrimage instead. In November of the same year, Polish defence minister Mariusz Błaszczak said in an interview that China and Russia were “forming a coalition against the free world”—strong wording against a state with which Poland had signed a strategic partnership agreement two years earlier. In December, the Polish Ministry of Foreign Affairs issued a statement on cyberespionage linked to China, then, early next year, Huawei’s regional director was arrested in the country on charges of espionage. Finally, this July, Prime Minister Morewiecki called on all European states to stand up for America in 5G technology, labelling the Chinese government an authoritarian regime.

Simultaneously with Poland, a similar change took place in the Czech Republic’s policy toward China: from 2018, the issue of human rights came to the fore again in Czech diplomacy, although it was put on the sidelines for Chinese relations in previous years. What is more, at the end of 2018, the country’s National Cyber Security Centre identified Huawei’s and ZTE’s products as a security risk. In January 2020, Czech president Miloš Zeman announced that, contrary to his previous plans, he would not attend a summit scheduled for April which would have been attended by President Xi Jinping.

In addition to Poland and the Czech Republic, there has also been a reassessment of Romania’s China policy, and, in early summer, the country reneged on its agreement on the expansion of the Cernavoda nuclear power plant with its Chinese partner whom the United States had blacklisted a year earlier on charges of industrial espionage.

US diplomacy has shifted to an even more active level in the summer of 2020. During his trip to Central and Eastern Europe in August, Secretary of State Mike Pompeo visited the Czech Republic, Slovenia, Austria, and Poland to convince his audience of standing by America to stop Russian influence and to compete with China, especially over 5G technology. Pompeo’s “European tour” has made its impact, as the attitude of other 17 + 1 countries towards China has also changed. In Estonia, Chinese investments have been reviewed for security policy reasons, and Slovakia has banned Huawei from sponsoring a defence summit.

US Secretary of State Mike Pompeo delivering a strong anti-China speech in the garden of the Richard Nixon Presidential Library in California on 23 July 2020
Source: Ringo Chiu/Shutterstock

In the meantime, the United States has already signed agreements with seven CEE states (Poland, the Czech Republic, Estonia, Latvia, Lithuania, Romania, and Slovenia) on cooperation about 5G technology. However, the situation is complicated by the fact that there is no common position among EU member states on the 5G competition; neither France or Germany, for example, want to commit to the United States exclusively in this key technology area. This issue is, therefore, complicated not only by the American–Chinese but also the American–EU opposition.

It seems that not all 17 + 1 countries are willing to take a clear position similar to Poland’s or the Czech Republic’s in the American–Chinese competition. On the 71ˢᵗ anniversary of the founding of the People’s Republic of China, Hungarian prime minister Viktor Orbán, who has excellent relations with the Trump administration, sent a greeting message to Chinese prime minister Li Keqiang praising the 17 + 1 cooperation and the One Belt, One Road initiative as the proof of how effective the long-standing cooperation between the two countries was. In addition, Hungary has not yet taken restrictive measures against Huawei in 5G technology deployment.

Serbia also announced in mid-September that it would continue cooperating with China in telecommunications technology, referring to the Asian country as a reliable partner. All this came after Serbia had signed an agreement with the United States on not using equipment supplied by “untrusted vendors” in their telecommunications networks.

A good example of active US pressurising in the American–Chinese competition is a letter by President Donald Trump to Albanian prime minister Edi Rama on 1 October, where the president asked, among other things, Albania to consider withdrawing from the 17 + 1 cooperation and joining instead the US-promoted Three Seas Initiative. The Albanian prime minister politely declined the request.

The 17 + 1 cooperation has been the focus of great power games since its launch. First, this was the case because the EU was concerned about China’s growing economic and political influence. Such worries have now been slightly removed from the agenda due to a lack of major economic investments. In the last two years, however, the United States has been openly trying to force the countries of the CEE region to take a clear stand against China in the intensifying American–Chinese rivalry. In its endeavour, the US has achieved the most tangible results in 5G development. At the same time, even Poland and the Czech Republic—once the greatest supporters of the 17 + 1 but now its member states most critical of China—have not turned their backs on the cooperation. This is probably due to the recognition that the greatest advantage of the platform is that it provides the CEE states with manoeuvrability amid great power competitions (be it EU–Chinese, EU–US, or US–Chinese), and it would not be worth giving up this tool.