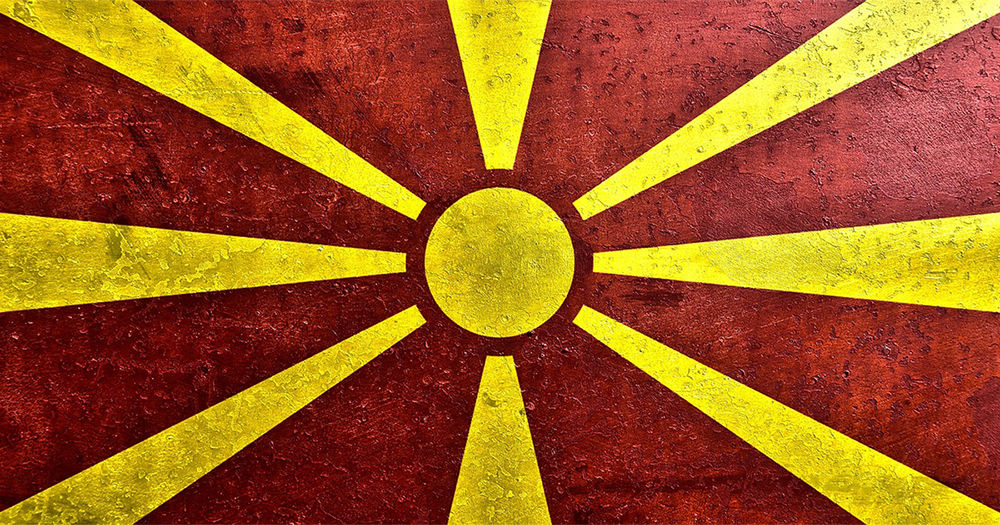 Why a political document cannot solve the "name debate" between Athens and Skopje?

The agreement between Greek and Macedonian Prime Ministers Alexis Tsipras and Zoran Zaev might solve the long standing “name debate” between the two countries. If the agreement will be accepted by the people on a referendum, from this autumn, Skopje will be the capital of the Republic of North Macedonia – the name they agreed on. Prominent European politicians received the two prime ministers’ compromise with optimism, as this could finally allow Macedonia to get back on the road towards the Euro-Atlantic integration after a long political and institutional crisis that captured the state. The Macedonian political elite, however, is more than divided in this issue.

A huge impact of the recent political crisis is that the Macedonian national identity has become a policy instrument under the “rule” of Nikola Gruevski (prime minister of Macedonia between 2006 and 2016), and this helped the polarisation of the society. It must also be specified that the name debate is not only a political but also a historical-identical issue and, for that reason, this cannot be solved with a single political agreement or document. It is, therefore, important to have an outlook on the political landscape of Macedonia.

The origin of the debate on the name of “Macedonia” is well known. The confrontation between Athens and Skopje has largely contributed to the limitations of the Macedonian foreign policy in the last two and a half decades. But it also allowed the deepening of domestic conflicts within the country and the political parties. This had a major effect on the political crisis that evolved during the Gruevski era and captured the state. It was clear since the 2008 NATO Bucharest Summit that Greece will not back Macedonia’s Euro-Atlantic integration efforts until the name issue is not resolved. The debate between the two parties is not only on the cultural and historical heritage of “Ancient Macedonia,” it goes well beyond. Moreover, during the Gruevski era, this identity question became a strong political tool that aimed to justify and to compensate for the controversial decisions made by the government.

From this point of view, the agreement between Zoran Zaev and Alexis Tsipras is a big step forward. Although the EU and the member states welcomed the agreement, this also generated harsh debate both on the Macedonian and on the Greek side. The success of this agreement lies on the support of the international community whilst its durability depends on the will of the citizens. This means that a single (political) document cannot be the definitive solution to this complex problem.

The current status quo in the Western Balkan region is based on a set of unresolved political taboos. This situation is full of frozen conflicts that are still causing many tensions among the countries, as the problems are going well beyond party politics or ideologies. In order to resolve the current and deeply rooted conflict situation, a change of the political culture is required. In addition, democratisation in Macedonia was not only an institution, but also a “nation-building” process.

The history of origin has a special importance from the perspective of a nation. Immediately after the independence of Macedonia from Yugoslavia, Greece raised objections to the name of the country and its first flag (the name of the country refers to the historical region of  Ancient Macedonia and to a Greek province, while the first flag symbolises the Vergina Star, which is also an Ancient Macedonian symbol). According to regulation of the 1995 Interim Accord facilitated by the UN, the country’s name officially changed to Former Yugoslav Republic of Macedonia (FYROM). Since 1995, Macedonia has used this name instead of the constitutional name (Republic of Macedonia – Republika Makedonija) on the international scene.

When it comes to domestic issues, Macedonia is not a nation state, as (at least) one third of the population is part of the Albanian ethnic group. They demand more voice and representation in national politics and the tensions between the two ethnic groups led to an armed conflict. The Ohrid Agreement ended the “quasi” civil war in 2001. It is visible how the Macedonian national symbols have been questioned by the neighbouring countries over the past decades.

In 2006, the Internal Macedonian Revolutionary Organization – Democratic Party for Macedonian National Unity (VMRO–DPMNE) came (back) to power under the leadership of Nikola Gruevski. The young prime minister was an energetic business man, from who a lot of people expected quick and successful reforms. Although a significant growth of the FDI was observed and economic growth was also visible, the economic crisis and the 2008 Bucharest NATO Summit caused some unexpected conflicts. Greece’s veto demonstrated that Macedonia will only have a limited place to manoeuvre in the Euro-Atlantic integration process until a definitive solution on the name debate is found. Athens also blocked the start of the EU accession negotiations with Skopje several times; Macedonia has been an EU candidate country since 2005.

The above-mentioned conflicts caused a deep frustration in the country. As it is well known, political leaders in the Balkans are likely to use national-populist tools and rhetoric when they find themselves under pressure. Thanks to international and domestic problems, Macedonian identity became an important political question during the prime ministership of Nikola Gruevski. But it was not only an intellectual debate anymore. The aim of the “Skopje 2014” programme was the “Antiquisation” of the capital in order to strengthen national identity by propagating historical continuity between the Ancient Macedonian and “Slavic” Macedonian heritage. This is the reason why the international airport, the North-South highway, and many other monuments in the country were named after Alexander the Great.

As it has already been presented in the case of Montenegro, it is not unique that strongmen use the NATO or EU membership as an instrument to justify their controversial political decisions. The fact that there was a misuse of power in this period has recently come onto the surface. In addition, corruption and the lack of accountability of the government and state institutions led to a situation where belief in the political institutions had to be restored.

The VMRO government politicised different segments of the society, causing deep cleavages among the people. By politicising identity and using it as a tool, Gruevski risked to open Pandora’s Box. The polarisation not only contributed to the re-emergence of violence and, in some cases, the ethnic conflicts in the country, but also caused a permanent crisis among the coalition partners in the government.

The political crisis deepened and there was no way of compromise between the governing and the opposition parties. The government wanted to overcome the conflict situation by a strong centralisation of power. Some experts even claimed that Gruevski used authoritarian and illiberal methods. 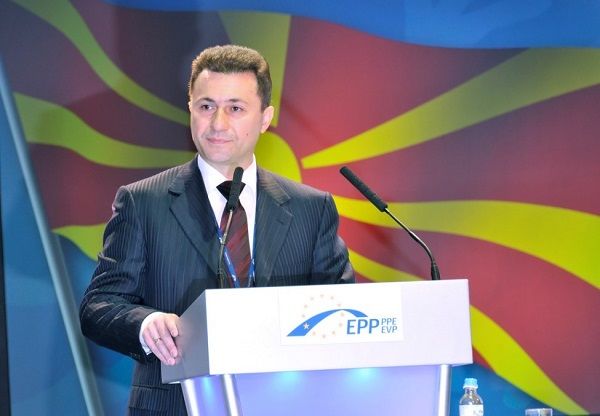 As early elections had to be held several times, the campaigns did not allow an effective governance. In addition, student movements led to country-wide protests. In its Country Reports, the European Commission expressed concerns about the freedom of media and civil society liberties. Following the incident in the city of Kumanovo, some started to talk about Albanian separatist movements, led by the so-called “Tirana Platform.”

The political crisis finally captured the state. The European Union had a strong mediator role and the United States, with a more pragmatic approach, managed to convince President Gjorge Ivanov to give mandate to Zoran Zaev, leader of the social democrats (SDSM), to form a new government several months after the early elections.

It is important to underline that Gruevski cannot be blamed for the obstacles that prevented NATO accession or the start of the EU accession talks. However, he had an important role in the deepening of the political crisis and in the emerging divisions in the country.

Some experts claimed that the coming to power of Zoran Zaev signalled the end of the illiberal era in Macedonia. Although these experts might be right, we should avoid being naïve. It is clear that Zaev uses a much different political tone than his predecessor. Gruevski built up his politics around the concept of the enemy. Zaev is trying to take advantage from this political optimism and declared that his main aim is to get Macedonia back on the European track and the other priority is NATO membership.

The new government managed to put an end to several conflicts and this allowed a larger margin of manoeuvre for the country on the international scene. An agreement with Bulgaria was signed on good neighbourhood relations. The Macedonian Parliament also accepted a new language law: since the beginning of 2018, Albanian has been the second official language in the country. The process of “Macedonisation” has been stopped, which was a gesture to Athens. It means that the government decided to rename the airport, the highway and monuments, which led to the normalisation of the relations between Athens and Skopje.

While the EU institutions have welcomed the agreement between Zaev and Tsipras, the name “North Macedonia” caused great antipathy among significant parts of the Macedonian and the Greek society. As the name of the country is strongly related to the question of identity, some in Skopje criticised the Zaev government for giving up their position for the European perspective (it is important to highlight that it is still early to talk about EU membership). Zaev, however, decided to put pressure on the citizens and claimed that he is sure that the vast majority of the Macedonians will support the new name on a referendum, if not, he will resign. 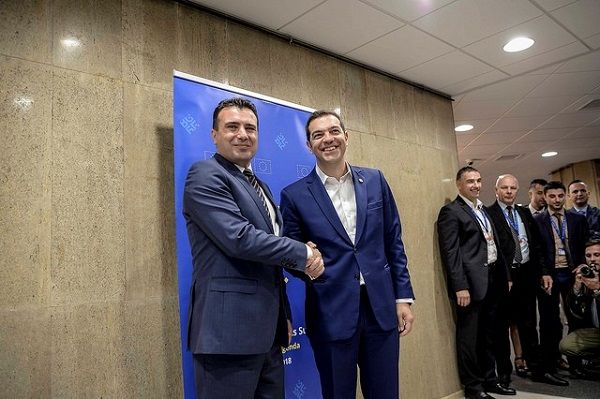 Thus, the European People’s Party will have a special role in convincing the VMRO leadership to back the agreement on the country’s new name. It is clear that only a bottom-up process and the will of the people can end the political confrontation not only in Macedonia but in the whole region.